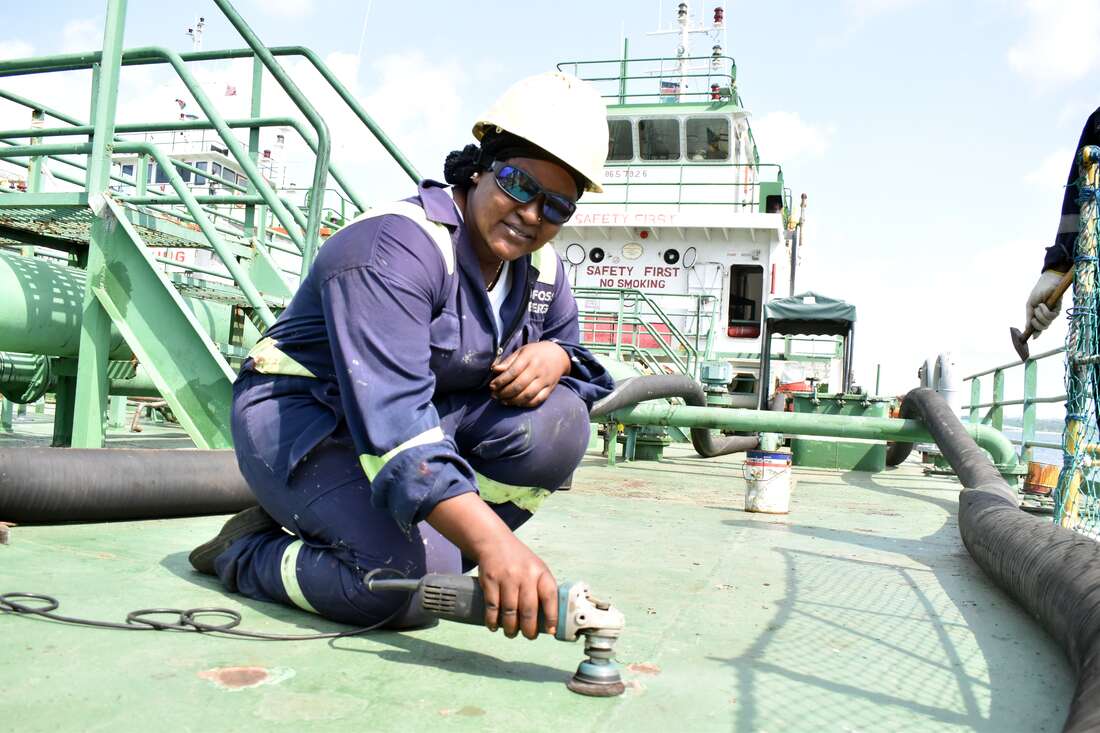 Today marks the inaugural International Day for Women in Maritime. The day celebrates women in the industry and is intended to promote the recruitment, retention and sustained employment of women in the maritime sector.

The International Maritime Organization (IMO) Assembly in 2021 adopted a resolution proclaiming the day. The theme for this year is Training-Visibility-Recognition: Supporting a barrier-free working environment.

Sergeant Deborah Karimi is among the few women working in this mainly male-dominated sector. She has worked at the Kenya Coast Guard Services since 2012 and is among the first certified female coxswain. A coxswain steers a ship, boats or other water vessels.

“I was a maritime police officer before. It has been more than five years working in the maritime industry,” Ms Karimi told Shipping and Logistics in an interview last Friday.

The Kenya Coast Guard was formed in 2018. Its headquarters is in Liwatoni in the port city of Mombasa, with presence in Lamu and Kisumu too. It consists of professional security drawn from the Kenya Defence Forces, Kenya National Police, National Intelligence Services and civilian professionals.

Ms Karimi is based at the headquarters in Mombasa.

“I am grateful to the Kenya Coast Guard for the opportunity they accorded me. It has been my passion to work in such a field. It is a great honour,” says Ms Karimi.

The main role of the force is to maintain maritime safety and security by patrolling Kenya’s territorial waters. It also oversees the prevention of unlawful fishing, piracy and smuggling.

“Our role is to ensure there is security at sea and all inland waters,” says Ms Karimi.

But the job is not a smooth sailing all the way. One day, a boat Ms Karimi was steering developed a mechanical problem.

“I had to wait in the middle of the sea for help,” she says.

Betty Makena, who works at the International Transport Workers Federation, says she has been part of the maritime sector for 10 years. She is based in Mombasa too.

“My role is to inspect ships and oversee the welfare of the seafarers,” says Ms Makena.

She encourages more women to join the industry.

“The IMO and Association of Women in Maritime Sector greatly support women to join the maritime field. We are appreciative and grateful to them,” says Ms Makena.

There are many women, she notes, who are working behind the scenes and International Day for Women in Maritime is meant to appreciate them.

“Going forward, we are calling for more women to join in and hope to reach two per cent by next year’s celebration,” Ms Makena adds.

Zaitun Hassan finished her diploma in marine engineering at the Bandari College in 2018. She is among the women working inside the ships. Ms Hassan is identified as Able seaman or Able bodied Seaman known as AB in the maritime language.

“Working in a field that is worldwide identified to be male-dominated is a great honour. I feel the future is female,” says Ms Hassan.

Hilda Omari is still new in the maritime working as a Deck Cadet.

“I did my diploma in nautical science at the Bandari college and finished in 2021,” says Ms Omari.

Beauty Nzaro is among the women who are appreciated in the maritime sector for her effort in encouraging more women to join her in the maritime industry. Ms Nzaro started off as an Engine Cadet in 2018.

“I love my job. It is not everyone who can say they love the job they do,” she says. “I had a mission to prove to men that we women can do it too. Now the company appreciates women.”

Evaline Sumazy joined the maritime industry this year in February. She did her diploma in marine engineering at the Bandari College.

The women are calling for mentorship programmes to encourage more women to join the industry.