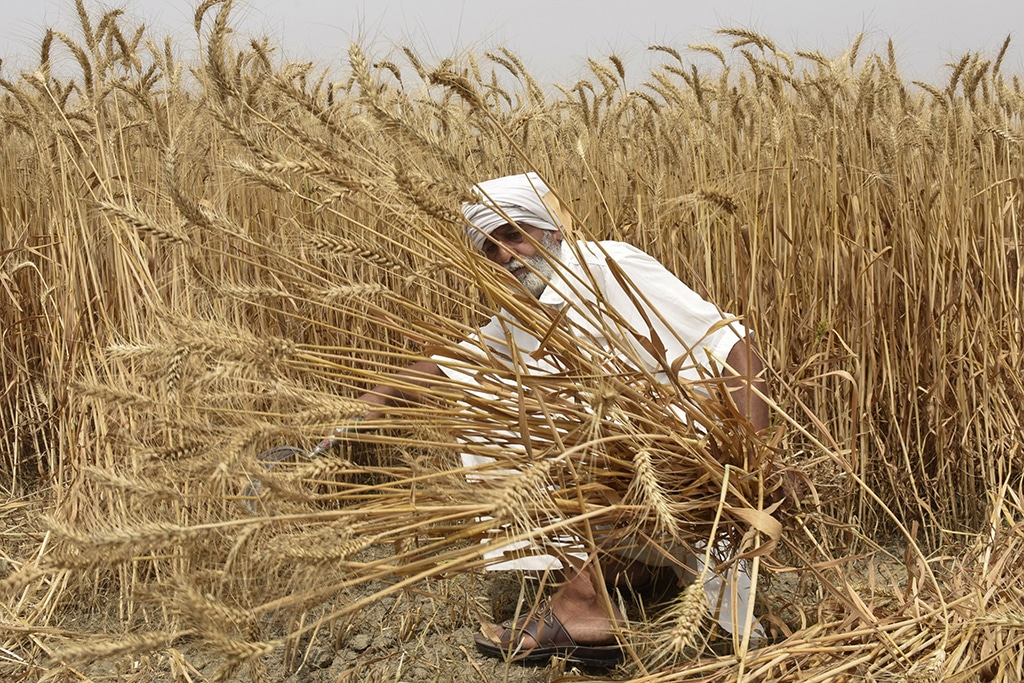 PARIS: Wheat prices surged to a new record high on Monday after India decided to ban exports of the commodity as a heatwave hit production. The price jumped to 435 euros ($453) per ton as the European market opened. Global wheat prices have soared on supply fears since Russia’s February invasion of agricultural powerhouse Ukraine, which previously accounted for 12 percent of global exports.

The spike, exacerbated by fertilizer shortages and poor harvests, has fuelled inflation globally and raised fears of famine and social unrest in poorer countries. India, the world’s second-largest wheat producer, said on Saturday that it was banning exports after its hottest March on record. New Delhi said factors including lower production and sharply higher global prices meant it was worried about the food security of its own 1.4 billion people.

Export deals agreed before the directive issued on May 13 could still be honored but future shipments needed government approval, it said. However, exports could also take place if New Delhi approved requests from other governments “to meet their food security needs”.

India, which possesses major buffer stocks, previously said it was ready to help fill some of the supply shortages caused by the Ukraine war. The export ban drew sharp criticism from the Group of Seven industrialized nations, which said that such measures “would worsen the crisis” of rising commodity prices.

The reasons given were runaway inflation and food security in the nation of 1.4 billion people. Some parts of India, Commerce Secretary BVR Subrahmanyam said on Sunday, have seen prices in wheat and flour jump 20 to 40 percent in recent weeks. Because of the sharp rise in global prices, some farmers were selling to traders and not to the government.

This got the government worried about its buffer stock of almost 20 million tons-depleted by the pandemic  — needed for handouts to millions of poor families and to avert any possible famine. “We don’t want wheat to go in an unregulated manner where (wheat) may either get hoarded and is not used for the purpose which we are hoping it will be used for-which is serving the food requirements of vulnerable nations and vulnerable people,” Subrahmanyam said.

India recorded its warmest March on record-blamed on climate change-and in recent weeks has seen a scorching heatwave with temperatures upwards of 45 degrees Celsius (113 Fahrenheit). This hit farmers in wheat-producing northern India, prompting the government to predict output would fall at least five percent this year from 109 million tons in 2021.

G7 agriculture ministers meeting in Germany said that such measures “would worsen the crisis” of rising commodity prices. “If everyone starts to impose export restrictions or to close markets, that would worsen the crisis,” German Agriculture Minister Cem Ozdemir said. Wheat prices surged to a new record high on Monday, jumping to 435 euros ($453) per ton as the European market opened. – AFP