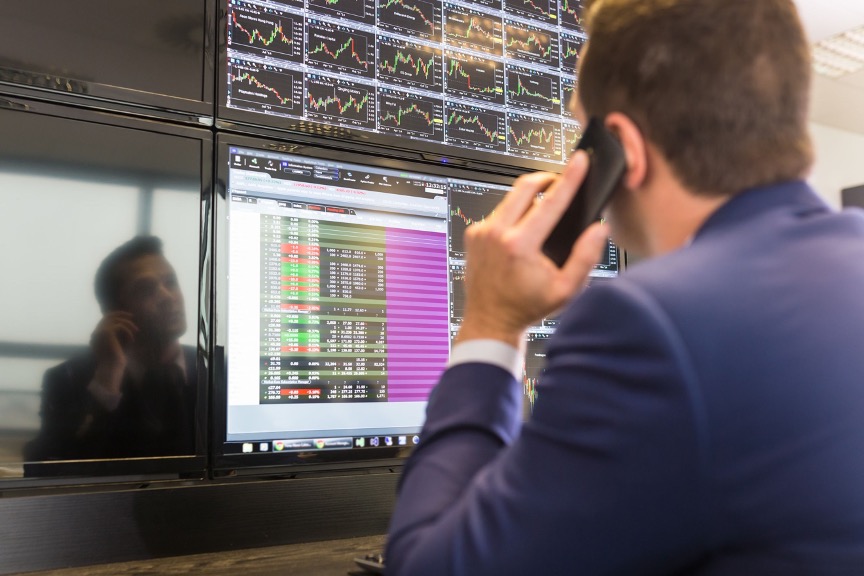 If you have heard about Forex trading software, you have heard about MetaTrader 5. The forex trading platform took off all the way back in 2010 – and it is still the undefeated leader on the market when it comes to such software. On release, MT5 already had an impressive host of features, like its trading bot integration and the marketplace, where clients of the software could buy and sell these bots. There were the forums which helped foster a community on the platform. Finally, the software allowed clients to access powerful analytical tools – indicators, chart types and so on, which, combined with MetaTrader 5’s clean interface really gave the trader on it an edge.

However, the software has not retained its top place on the markets based on the merits on the features it released with alone. Its developer, MetaQuotes has been refining the platform ever since. The software regularly receives updates which introduce new features and refine on the client experience. In April 2022, there were no less than three such updates. In the article below, we will cover the most significant new features of the platform – the ability to close positions in bulk. We will also cover its improved chat features which allow traders to communicate more efficiently. Finally we will touch on some other fixes the platform has received during these updates.

MetaTrader 5 has significantly expanded the usability of the platform  for trading extremely volatile assets with the bulk closing features it has introduced in build 3260, released on April 15, 2022. Bulk closing allows a client to end several positions at the same time, and there are several ways to do so. You could close positions based on whether they are profitable, whether they are losing,  cancel pending trades and more. Here are the main ways to close bulk positions and in what cases the feature is useful:

First and foremost, the newest updates allow clients of MetaTrader 5 brokers to close winning and closing positions in bulk.

The feature allows you to close all trades in the red without needing to go through your positions one by one to see if you have not missed anything. It extremely helpful if you’d like to cut your losses short and let you profits run in a fast-moving market.

Оn the other hand the bulk closing of profitable positions allows you to pinpoint the moment to exit the market and pocket your profit with a single click. Closing your all winners at once during high market volatility could be crucial for preventing them from turning into losers.

Another important bulk position management feature introduced to MT5 with the April 2022 updates is the ability to delete pending trades in bulk. The difference between deleting an order and closing a position is rather simple. You can delete an order that is pending – one that is set to be executed once the markets reach a certain level – preventing it from becoming an open position.

If you have queued several of these pending traders at the same time, and lose confidence in them before they are executed, you do not have to go through each of them and can delete them at once. MetaTrader 5’s bulk order management features allow you to do so with a single click now. This feature would be beneficial to grid traders as they tend to place a lot more orders than the average user.

Finally, with its updates, MetaTrader 5 has introduced several other ways to close positions in bulk. These are rather limited in scope, but can still prove to be quite useful to the trader.

One of them is the ability to close positions in bulk for a certain asset. This is especially useful to traders who engage with extremely volatile assets, like crypto. However, it is also possible to make use of the feature for the closing of positions on stocks that collapse, like Netflix as a recent example. What’s more, the feature can be used for more than losing trades – if an asset is incredibly profitable, you could quickly cash out on it and take your profits.

There is also the ability to close all positions in the same direction for hedging accounts, as well as to close the opposite positions for a symbol. Please note these are only available to the users of hedging accounts on MetaTrader 5. Netting account users can make use of a bulk position reversal.

As we mentioned, MetaTrader 5 is a platform that has a dedicated community to it. The forums are the home to this community, but users conversing in real time is more beneficial to doing so over forum posts or email. What’s more, when engaging with the support department of a broker, the ability to communicate with them in real time will mean a faster resolution of you issue. This is why MT5 has rolled out a set of improvements to its chat features in its recent updates.

These include a complete remaster of the chat interface, with the introduction of the ability to attach files. This way, users can send each other documents and images, for example. The ability to quote messages has been added, which facilitates easier navigation in the chats too, and there are a lot of minor graphical changes to the UI to bring it in line with other current chatting apps.

MetaTrader 5’s April updates include an incredible amount on fixes of the platform which make it more stable and further refine the uses of other features introduced previously. For example, one of them includes a fix for a bug that would lead to the history of a position displaying incorrectly.

There is also an update for the multilingual translations of the platform, which is especially welcome, considering the expansion of chat features MT5 has undergone with these very updates.

Overall, the April 2022 updates have been quite significant for MetaTrader 5 and its users – we are eager to see what new direction MetaQuotes will take the platform in its next updates.