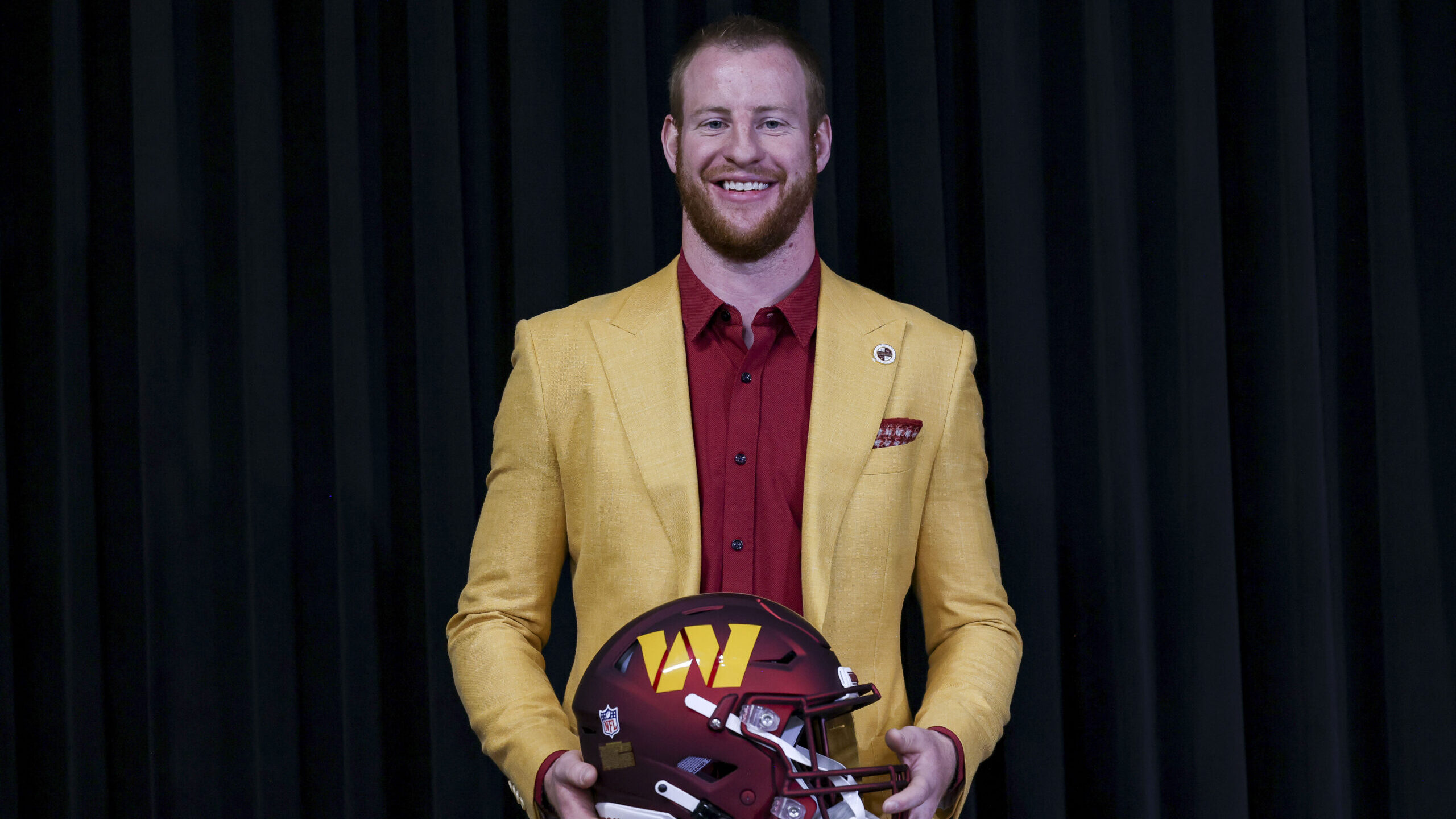 The first quarterback that will throw a regular-season pass with a Commanders helmet on should be Carson Wentz unless he’s injured or benched to start the year. Washington traded for the embattled pivot in early March and Wentz will play for his third team in three years. Washington opens its inaugural season under the new name as host to the Jacksonville Jaguars in Week 1.

While FanDuel Sportsbook has the D.C. team as -4.5 point favorites against the Jags, you will have to flip the calendar to late October to circle Wentz’s first homecoming road game. Although, Carson may have thoughts of revenge after Jacksonville knocked out Wentz and the Colts in the final game of the 2021 season.

The former Colt will be in Indianapolis facing a team and fanbase whose most recent memory is him dropping a win and in-game in Jacksonville as -14 point favorites. Wentz had a forgettable performance with Indy’s playoff lives on the line. He threw a pick, lost a fumble, and passed for just 185 yards in the 26-11 loss. It was Jacksonville’s third victory of the season.

The 2nd overall pick of the 2016 draft will also get a field view look at his replacement on Halloween weekend as Matt Ryan’s Colts’ quarterback costume will be genuine. The long-time Falcons’ QB was dealt to Indy for a third-round pick and has the chance to make Indianapolis fans forget all about Wentz.

Two weeks after his return to Indiana, Wentz will face a fanbase that never forgives or forgets. The former future of Philly football is well aware of the situation that awaits him after asking for a trade out of the City of Brotherly Love in 2021. Wentz commented on the NFL Network’s 2022 Schedule Release show.

“I’m sure fans will eat that one up, and it’ll be fun and make for a good storyline.”

Part of this primetime storyline is teacher vs. student as former Wentz understudy, and the man he was benched for, Jalen Hurts, will lead the Eagles’ offense. The Commanders pivot will see his former QB partner twice playing in the NFC East as Washington host the Eagles in Week 3.

Those two head-to-head meetings will have a massive bearing on the race for the division crown. FanDuel Sportsbook has Carson’s Commanders as third on the odds board to capture the East. Washington is at +450, while Philly’s +240 odds are only longer than the favorites, the Dallas Cowboys (+105).