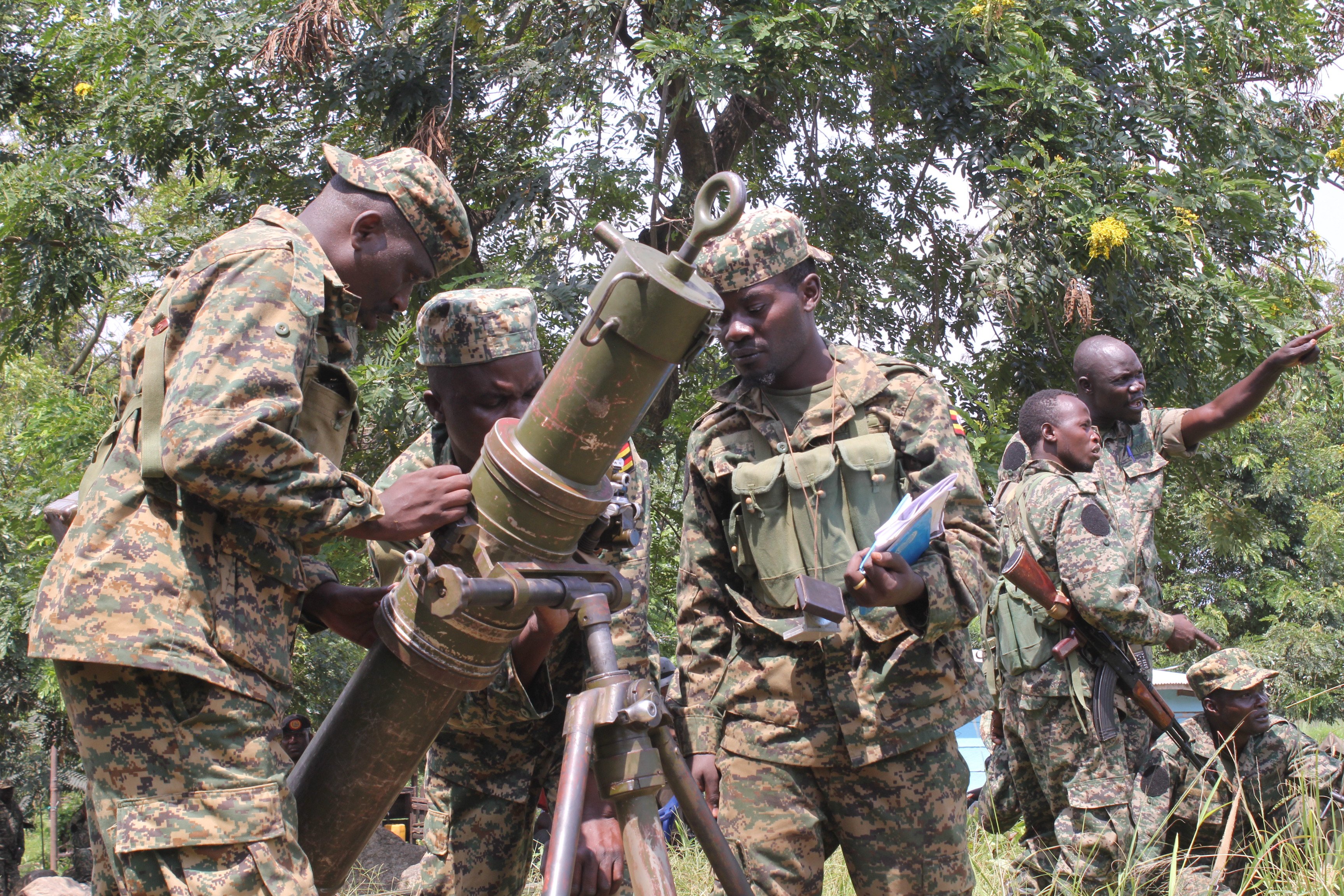 Ugandan troops sent to Democratic Republic of Congo last year to help a crackdown on rebels will withdraw by May 31 unless the two countries strike a new agreement, Ugandan military officials said Tuesday.
Kinshasa however responded it was “too soon” for any such decision on a pullout.
Uganda joined Congolese forces on November 30 in a fight against the Allied Democratic Forces (ADF), accused of massacres in eastern DR Congo and bombings in Uganda.

The joint mission’s duration had not been revealed until now, and the number of soldiers involved in the operation has still not been disclosed.
“Operation Shujaa will officially cease in about two weeks according to our original agreement,” General Muhoozi Kainerugaba, commander of Uganda’s land forces, said on Twitter, using the operation’s codename which means “the strong one” in Swahili.
“It was supposed to last for six months. Unless I get further instructions from our Commander in Chief or CDF, I will withdraw all our troops from DRC in two weeks.”

But in a swift addendum, Kainerugaba — son of Ugandan President Yoweri Museveni — clarified the operation could continue for another six months if the presidents of the two neighbours decided so.
Ugandan Defence Minister Vincent Ssempijja confirmed that the agreement on Operation Shujaa was to end in a fortnight.
“Our respective bodies are in consultation and are assessing the situation and any future military cooperation with the DRC after May 31 will depend on what the two countries… have achieved in the operation,” he said.

On Tuesday evening, Congolese Information Minister and government spokesman Patrick Muyaya said there had been gains in the battle against the ADF since the joint operation started.
“But before deciding to end what was agreed on, there must be meetings between the general staff, who must evaluate the degree of progression compared to initial objectives,” he said.
“For the moment, it is too soon to say if things will be done” in one way or another, he added.

Instability
The ADF is historically a Ugandan rebel coalition whose biggest group comprised Muslims opposed to President Museveni.
Established in eastern Democratic Republic of Congo in 1995, the group became the deadliest of scores of outlawed forces in the deeply troubled region.
The ADF has been blamed for massacres, kidnappings and looting, with a toll in lives estimated in the thousands.

Since April 2019, some ADF attacks in eastern DRC have been claimed by the Islamic State group (IS), which describes the group as its local offshoot, the Islamic State Central Africa Province.
The United States last year placed the ADF on its list of “terrorist” organisations linked to IS.
Uganda’s move against the ADF was with DR Congo’s consent.
However, the operation has raised hackles among those who recall the role of Uganda and Rwanda in stoking past instability in the east.