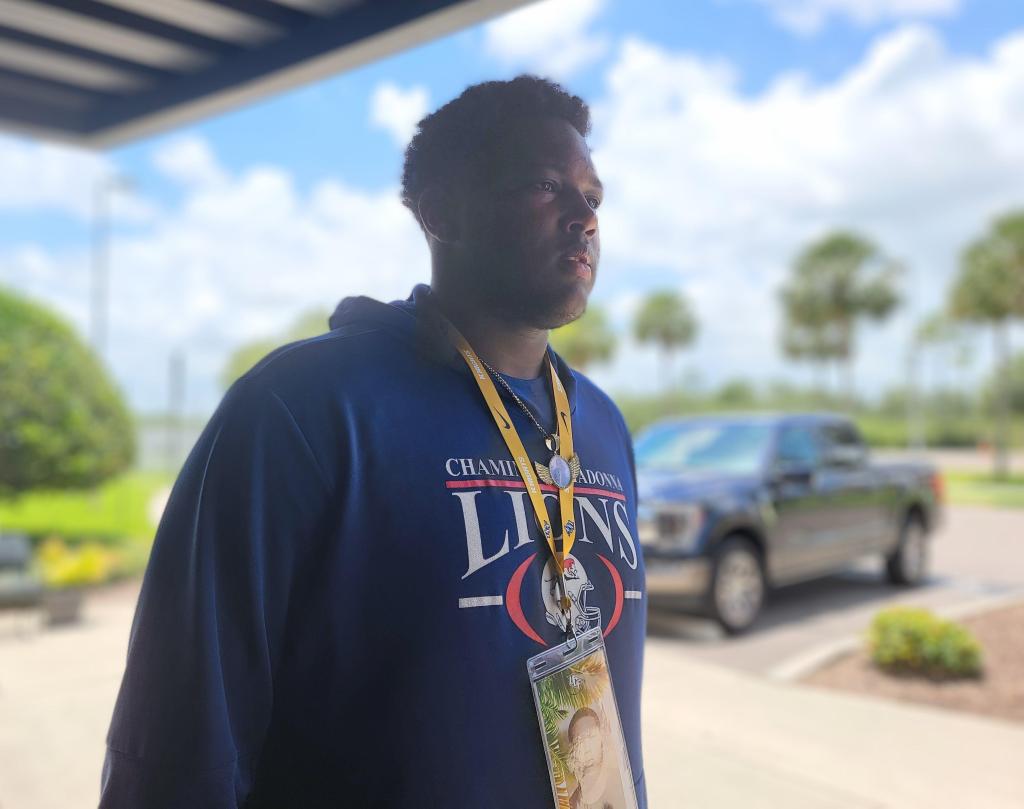 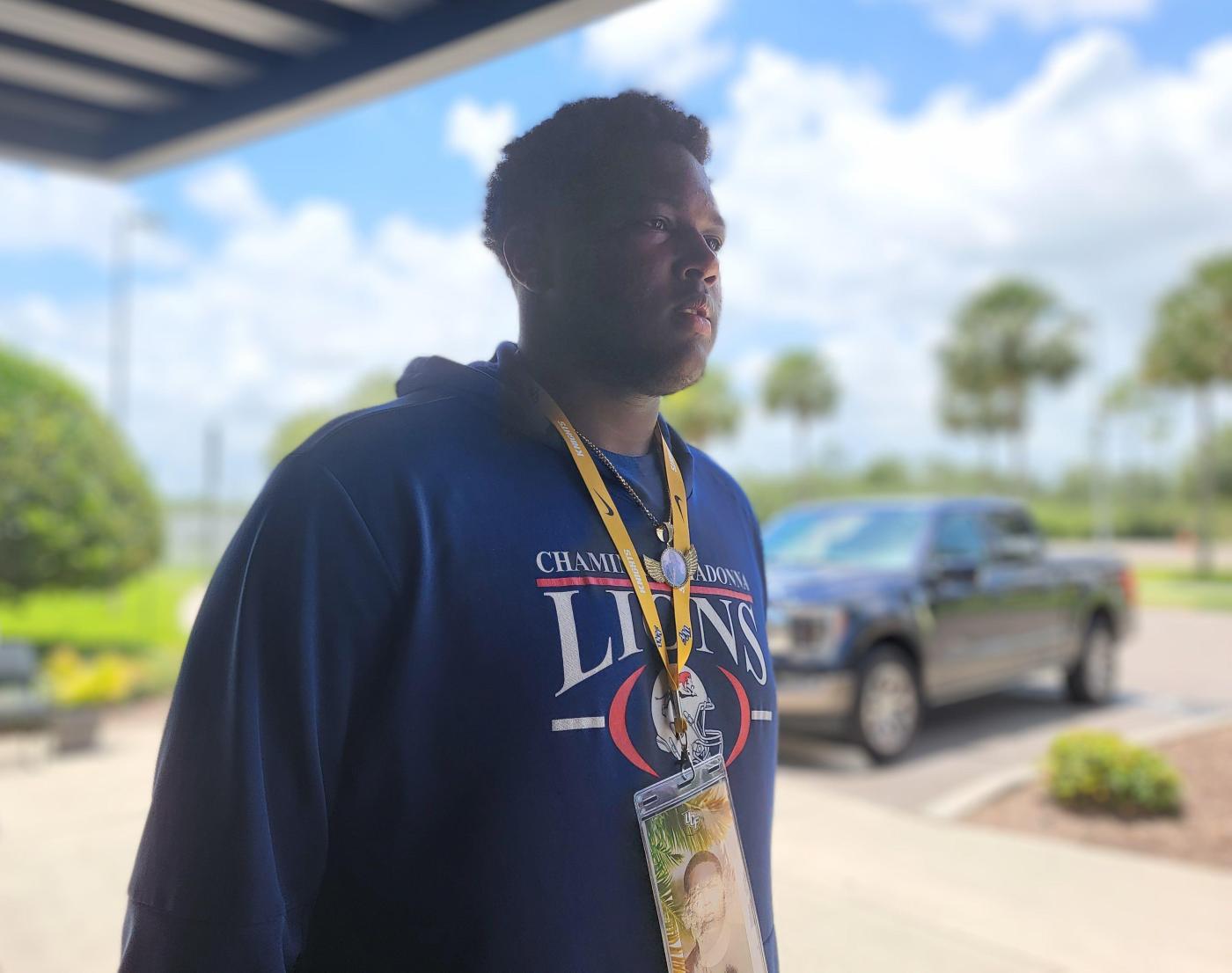 Chaminade-Madonna offensive lineman Elvin Harris took his first official visit to UCF this past weekend and afterward put Gus Malzahn’s program on the top of his college list.

Harris has seen his recruitment pick up this spring, landing all nine of his scholarship offers since the end of February. The Knights jumped in the race for Harris on May 11.

“It’s been really amazing to realize that someone is offering you a scholarship,” Harris said. “You’re going to be debt-free. All you have to do is continue to do your work and football is going to lead you to better education.”

Less than a week after receiving an offer from UCF, Harris locked in his official visit to the Orlando school to get a better feel for the campus and the surrounding area.

“What stands out to UCF about me is the city,” Harris said. “Coming to Orlando, I learned a lot about it. There’s no NFL team here so UCF is the NFL team basically. There’s a lot of support around it.”

“I actually didn’t know he was that tall,” Harris joked about the former Auburn coach. “I always thought that he was short seeing him on TV by [former Auburn quarterback] Cam Newton, you would think he’s short but he’s tall.

“It was just fun to be around him,” Harris added. “He’s a good person. I went to his house to eat breakfast. He welcomed everyone with open arms. It was just lovely there.”

“It was fun to see college players who play the same position as me,” Harris said. “He was teaching me stuff that I can do to help me grow as a person and player. I was watching how he carries himself in the community.”

“He’s a great guy and a great coach,” Harris said. “I learned some of his background and some of the players that he’s coached.

“One of the fun facts that I learned is coach Hand knows how to cook,” Harris added. “He was telling me how he can throw down a brisket. I’m going to have to try that out.”

While some recruits are told they’ll fit into a certain role once in college, Harris said he’s open to offensive tackle or guard at the next level.

“I’m a versatile guy so wherever I can fit on the field, that’s where I want to play,” he said.

Harris likes that Hand, who served as the offensive line coach at Texas from 2018-20, has worked in the Big 12 Conference. That’s where UCF is headed in 2023.

“That’s a huge impact going to the Big 12,” Harris said. “Coach Hand, he’s talked about it before, he knows how to win in the Big 12 because he was at Texas. He knows the league and what it takes to win.”