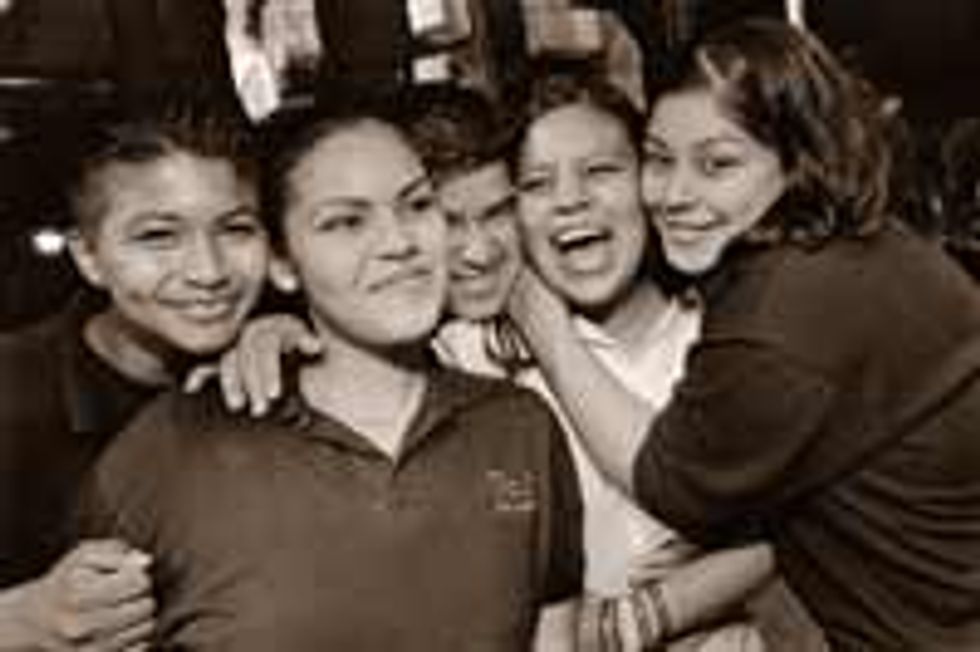 Can children get type 2 diabetes?

Before the obesity epidemic in the United States, type 2 diabetes was practically unheard of in people under 30. That explains the former name for the disease: adult-onset diabetes. Not long ago, almost all children with diabetes suffered from the type 1 form of the disease, which means their bodies couldn’t produce enough insulin. And type 2 diabetes, in which the pancreas may produce normal insulin levels but cells become resistant to it, typically took decades to develop.

But type 2 diabetes isn’t just for adults anymore. The number of children and adolescents with the condition (most of whom are diagnosed in their early teens) has skyrocketed over the last 20 years and is still climbing, prompting experts to call it an epidemic.

Because young children who are obese are more likely to become diabetic when they’re older, experts are paying particular attention to how much — or how little — pre-adolescents eat and exercise. Disease researchers at the Centers for Disease Control and Prevention (CDC) made the prediction that one in three children born in the United States in 2000 will likely develop type 2 diabetes sometime in their lifetime unless they get more exercise and improve their diets. The prediction was especially serious for Latino children. Without changes in diet and exercise, their odds of developing diabetes during their lifetime were about 50-50.

Type 2 is not usually as life-threatening or dramatic as type 1 at the time of diagnosis, but it does increase the likelihood that children may develop serious long-term complications in later life such as blindness, kidney disease, and heart disease.

With proper medical treatment and a self-care program that incorporates exercise, glucose monitoring, and nutrition, however, your child can likely keep his or her blood sugar under control and avoid serious complications.

Which children are at risk for type 2 diabetes?

More than 80 percent of all children and adolescents with type 2 diabetes are overweight, and about 40 percent are clinically obese. Indeed, researchers suspect that increases in obesity among young people is driving the new epidemic.

There has long been a statistical link between obesity and type 2 diabetes, but exactly why millions of overweight people develop type 2 diabetes has long been a medical mystery. Scientists have found that certain fat cells are metabolically active and secrete chemicals that raise inflammation levels in the body and contribute to increased fat in the liver, which is a risk factor for insulin resistance — a precursor to type 2 diabetes.

Other studies have suggested that the type of obesity — or where you store your fat — may make a difference as well. Those who store it around the middle (the so-called apple shape) as deep belly fat are at higher risk of developing diabetes. Some experts believe that high-carbohydrate, low-fiber diets are part of the problem. Finally, because exercise makes your body’s muscle cells more sensitive to insulin, a sedentary lifestyle is a risk factor. If your child rarely plays outside or exercises, then, he or she may be at greater risk of the disease.

For unknown reasons, Native Americans, African-Americans, Asian-Americans, Pacific Islanders, and Latinos are also especially vulnerable to the disease. (One theory is that people whose hunter or gatherer ancestors led “feast or famine” lives developed a “thrifty gene,” which allowed for very efficient fat storage.) Researchers at Children’s Hospital in Cincinnati found that, compared with children of European descent, African-American boys and girls were 3.5 and 6.1 times more likely to develop type 2 diabetes, respectively. And doctors at a Southern California diabetes clinic recently reported that 31 percent of young Mexican-American patients had the type 2 variety, compared with 3 percent of the white children.

Other factors can also put children at risk. If close family members have the disease or if a mother develops diabetes during pregnancy, for example, children are significantly more likely to develop the disease.

What are the warning signs of type 2 diabetes?

Many children go for years before they have symptoms that they recognize as a problem, but most children with type 2 diabetes are diagnosed before they ever show symptoms. Still, it pays to be cautious, especially if your child is at high risk for the disease. Watch for these signs: increased urination, extreme thirst, increased appetite, and weight loss. One other potential sign of type 2 diabetes is a skin condition called acanthosis nigricans. As many as 70 percent of children with type 2 diabetes have this condition, which is characterized by a patch of extremely dark, velvety, and rippled skin, most often on an underarm, the back of the neck, or between the fingers and toes.

Specific blood and urine tests are used to diagnose type 2 diabetes. The American Diabetes Association recommends that overweight children with at least two risk factors be given a fasting blood sugar test every two years beginning at age 10. If you are concerned, you should ask the doctor about these tests, especially if there’s a history of the disease in the family and if your child is overweight. And again, Native Americans, Latinos, African-Americans, Asian-Americans, and Pacific Islanders are at increased risk.

Are there everyday consequences for children with type 2 diabetes?

Yes. Although type 2 is usually not as serious in the short run as type 1 — and is generally easier to control — there are several possible day-to-day effects of the disease. The American Diabetes Association lists these common ones:

Long-term consequences are also a serious concern. If not controlled at an early age, type 2 diabetes can lead to complications such as blindness, renal failure, heart disease, and even amputations.

How is childhood type 2 diabetes treated?

Unlike children with type 1 diabetes, those with type 2 usually don’t need insulin shots to control their blood sugar levels. In fact, most can manage their disease simply by eating fewer calories, cutting back on fats and sugars, and getting more exercise. Remember, kids get most of their lifestyle cues (not to mention their groceries) from their parents. By serving healthy foods, encouraging physical activity, and educating the family about diabetes, parents can make a huge contribution to their children’s health.

When lifestyle changes aren’t enough — or when they can’t be made — your child may need insulin shots. Some Sulfonylurea drugs and metformin can also help bring a child’s blood sugar under control.

Can childhood type 2 diabetes be prevented?

The key to preventing type 2 diabetes in children — and adults for that matter — is avoiding obesity. Give your child a balanced diet (including lots of fiber, whole-grain foods, and fruits and vegetables), avoid sugary junk foods and sodas, and encourage your child to get lots of exercise. By encouraging children to exercise and eat right from an early age, parents may be able to put a stop to this epidemic and set their children on the road to a long, healthy life.

Lee J. et al. Circulating Resistin Levels Are Not Associated with Obesity or Insulin Resistance in Humans and Are Not Regulated by Fasting or Leptin Administration: Cross-Sectional and Interventional Studies in Normal, Insulin Resistant, and Diabetic Subjects. Journal of Clinical Endocrinology and Metabolism. 88(10): 4848-56. http://www.ncbi.nlm.nih.gov/entrez/query.fcgi?cmd=…