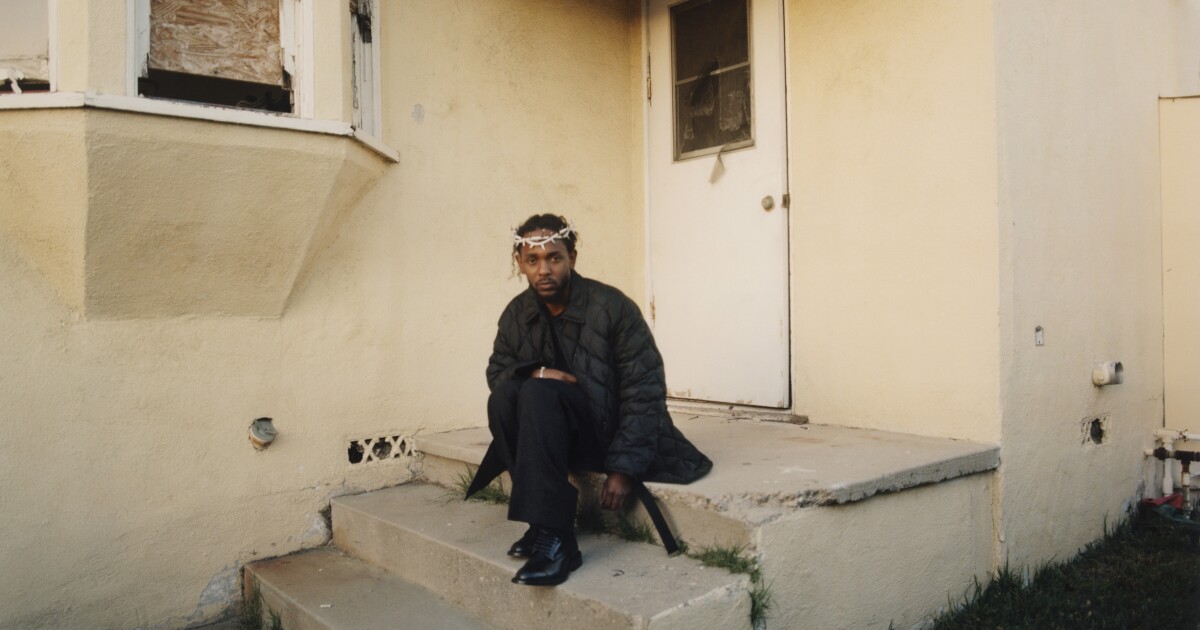 But no single track has sparked more online conversation than “Auntie Diaries,” on which Lamar explores his evolving relationship with his trans relatives.

The song is a vivid, exceptionally provocative look into the mind of a younger Lamar forming a concept of transness amid a working-class Compton culture not often inclined to embrace it. But true to form, the Pulitzer Prize-winning hip-hop star doesn’t approach it in an easy redemptive arc.

The song has already antagonized some listeners with its pointed use of anti-gay slurs and other purposefully ugly language around gender and sexuality. But it’s also won over some trans listeners for being wrenchingly accurate about this cis, straight Black man’s path to a fuller understanding of his relations.

The song plays out over years of his youth, as Lamar comes to understand that a figure he once knew as a favorite aunt has transitioned into a male identity. “My auntie is a man now / I think I’m old enough to understand now,” he says at the song’s opening. “I watch him and his girl hold their hands down.”

Later, the song revisits the story of a cousin he once knew as Demetrius, now a trans woman named Mary-Anne (who first appeared in his song “Sherane a.k.a. Master Splinter’s Daughter,” off his 2012 album “Good Kid, m.A.A.d. City.”) “The Barbie dolls played off reflection of Venus / He built a wall so tall you couldn’t climb over / He didn’t laugh as hard when the kids start joking ‘F—t, F—t, F—t,’ we ain’t know better,” he raps.

The song’s mis-genderings and slurs are startling but certainly intentional for their effect; Lamar is one of the most detailed, precise and challenging lyricists in all of music today.

Cruel gestures like deadnaming (using a trans person’s name from before they transitioned) and repeating slurs over and over would be unforgivable in conversation. But the song’s provocations feel like a wincing look back on the young mind set Lamar inhabited on tracks like 2012’s “Backseat Freestyle,” a fan favorite for its evil strut, but a character study of a naive young man in the throes of foolish influences.

On “Auntie Diaries,” a younger Lamar tries to make sense of his affection for and fascination with the trans relatives around him, while navigating and absorbing the slights and violence he sees around them. “See, my auntie is a man now, slight bravado / Scratching the likes from lotto / Hoping that she pull up tomorrow.”

Lamar cites his trans uncle as the first person he ever saw writing raps — an influence that made his career possible.

But Lamar also “Asked my momma why my uncles don’t like him that much / And at the parties why they always wanna fight him that much / She said, ‘Ain’t no tellin’ / N— always been jealous because he had more women / More money and more attention made more envy.’”

Later, Lamar also calls back to an infamous real-life moment onstage in 2018 when he brought a white fan up to rap with him, and she repeated anti-Black slurs that, from Lamar’s mouth, would be a normal part of hip-hop vernacular, but made him stop the show to reprimand her. “Reminded me about a show I did out the city / That time I brung a fan on stage to rap / But disapproved the word that she couldn’t say with me / You said, ‘Kendrick, ain’t no room for contradiction / To truly understand love, switch position’ / ‘F—t, F—t, F—t,’ we can say it together / But only if you let a white girl say ‘N—’.”

In the wake of Dave Chappelle’s “The Closer” controversy, around the comedian’s transphobic language, this high wire act could easily have backfired for Lamar. While trans fans are going to have different reactions informed by their wide variety of lived experience, some have said they’re grateful for Lamar’s candor and the delicacy with which he uses hateful phrasing to compassionate ends.

“Like it or not the use of the f— slur, dead naming and misgendering is reality. I’m sorry he didn’t sugarcoat it for y’all but it’s realistic as personally I get dead named and misgendered by family to this day,” wrote one trans female fan on Twitter. “This song may not be some of y’all’s ideal version of allyship and activism but it’s done in a way that holds truth and weight to the transphobia and homophobia in hip-hop. We should be grateful one of the most remarkable rappers alive chose to bring up this topic.”

“A lot of ppl have problems with Kendrick’s use of the f-slur here but it’s important to remember the narrative frame the song uses,” wrote another trans fan. “This becomes incredibly relevant at the apex of the song…I’ve looked over these lyrics countless times it’s very clear that everything in this song is deliberate. It’s an in your face re-telling of the events that lead a previously ignorant Kendrick Lamar to become understanding of LGBTQIA+ people & provoked him to fight for them.”

By the song’s close, the language reflects his understanding, ending with Lamar in church giving a full-bodied attestation of love and humility in the face of someone’s deepest truths about themselves.

“Forcing me to stand now I said, ‘Mr. Preacherman, should we love thy neighbor?” he says. “The laws of the land or the heart, what’s greater?’”