Hunk YouTuber and businessman Robert Ndegwa (Thee Pluto) has gone back to his dreadlocks just a few months after he was awarded Ksh 1 Million by Nairobi Women Rep hopeful Wambui Ng’ang’a. 2 months ago, Thee Pluto left this fans’ tongues wagging after his new look as we were used to his hefty dreadlocks on. At first, he kept his reason for shaving under wraps, stating that it was a way to turn over a new leaf. But inquisitive fans compelled him to divulge the real reason shortly after, admitting he shaved for the money on offer by Wambui.

He was conglomerated by the city politician to help her in campaigning by making her popular on social media; since he’s also a social media influencer with hundreds of thousands of followers on his Instagram. (430K followers)

It’s now evident that Thee Pluto himself wasn’t impressed with his short hair during the short period. Even though he still had the looks to drive girls crazy, he decided to go back to his signature look and flaunted the dreads on his Instagram. As he celebrated fetching over half a million subscribers on his YouTube, he posted side & front view  photos of his new look. 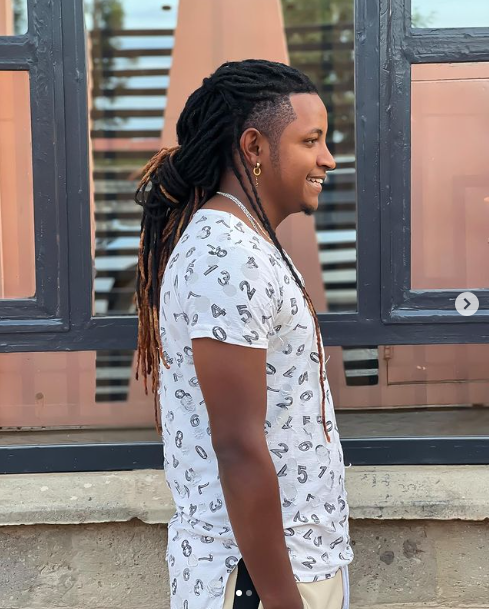