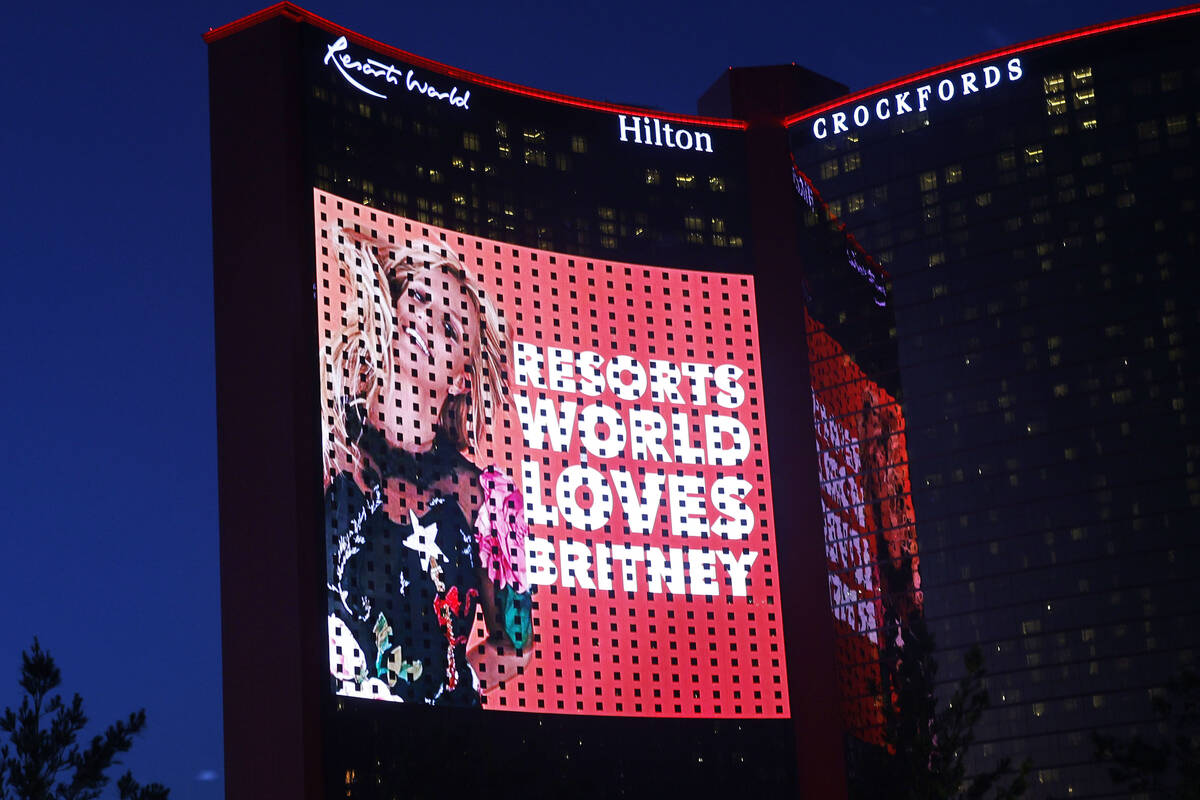 Britney Spears has been on the Strip this weekend, staying at Resorts World Las Vegas. She’s been joined by her fiance, Sam Asghari; her agent, Cade Hudson; and longtime friend Jeff Beacher.

Spears’ presence at the resort was confirmed in a most public way. Her image and welcome was projected Saturday night on the side of the resort facing the Strip. Spears and Asghari had previously stayed at a Resorts World in March, guests in the Presidential Suite of the hotel’s Crockford tower.

Spears, Asghari, Hudson and Beacher had dinner Friday at Catch at Aria. Hudson is an agent at Creative Artists Agency, working directly with Spears. The two have been friends and associates for a dozen years.

The visit is Spears’ first to Vegas since she and Asghari announced May 14 that they had lost their pregnancy. The couple had announced in April they were expecting. In November, a judge released her of her conservatorship, which had been governed by her father, Jamie Spears, since 2008.

Spears headlined Axis Theater (now Zappos Theater) at Planet Hollywood from 2013-2017. Her second Strip residency, “Domination,” was announced October 2018 for an opening February 2019. But but the show never performed, with Spears canceling, stating her father’s health concerns prevented her from properly preparing the show.