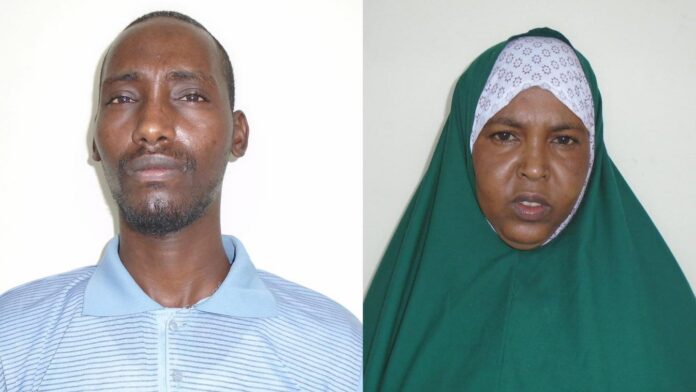 A Somali couple has been convicted by a military court in the capital Mogadishu for terrorism activities under the Islamic State (IS) branch in Somalia.

Dayib Moalim Hassan and his wife Halima Abdi Mursal were on Thursday identified as having worked for the terrorist group or Daesh under the pseudo names of Mustaf and Hawa. They were sentenced to 15 years each.

They were arrested by the Somali security agents in March this year, with materials and apparatus for assembling explosive devices.

The court found that Mr Hassan was tasked with assembling the explosive devices while his wife Ms Mursal was in charge of the recruitment.

The lawyers defending the couple asked for clemency. The verdict, read by Judge Colonel Mohamed Abdi Mumin, condemned each to a 15-year jail term.