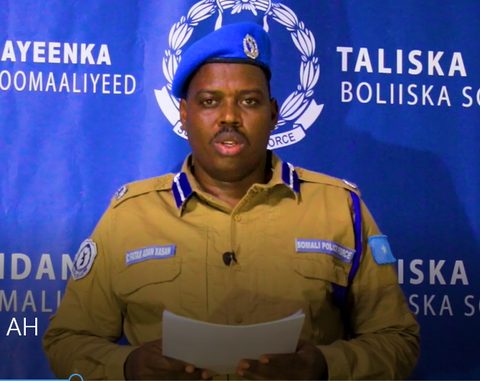 Somali police spokesman Abdifatah Aden Hassan spoke to reporters about the suicide bombing that took place near the KM4 junction in Mogadishu.

The bomber blew up himself at a checkpoint on the road to Aden Adde International Airport and wounded seven people, all civilians, the spokesman said.

Hassan added that the target was a vehicle carrying General Garabey, a Somali National Army officer who was at the scene at the time, and that he survived the blast.

“The attack injured at least seven people, most of them civilians, who were taken to some hospitals in Mogadishu,” he said, blaming Al-Shabaab for the incident.

The blast comes amid insecurity incidents in the capital in recent days as preparations for the Somali presidential election which will take place on May 15.