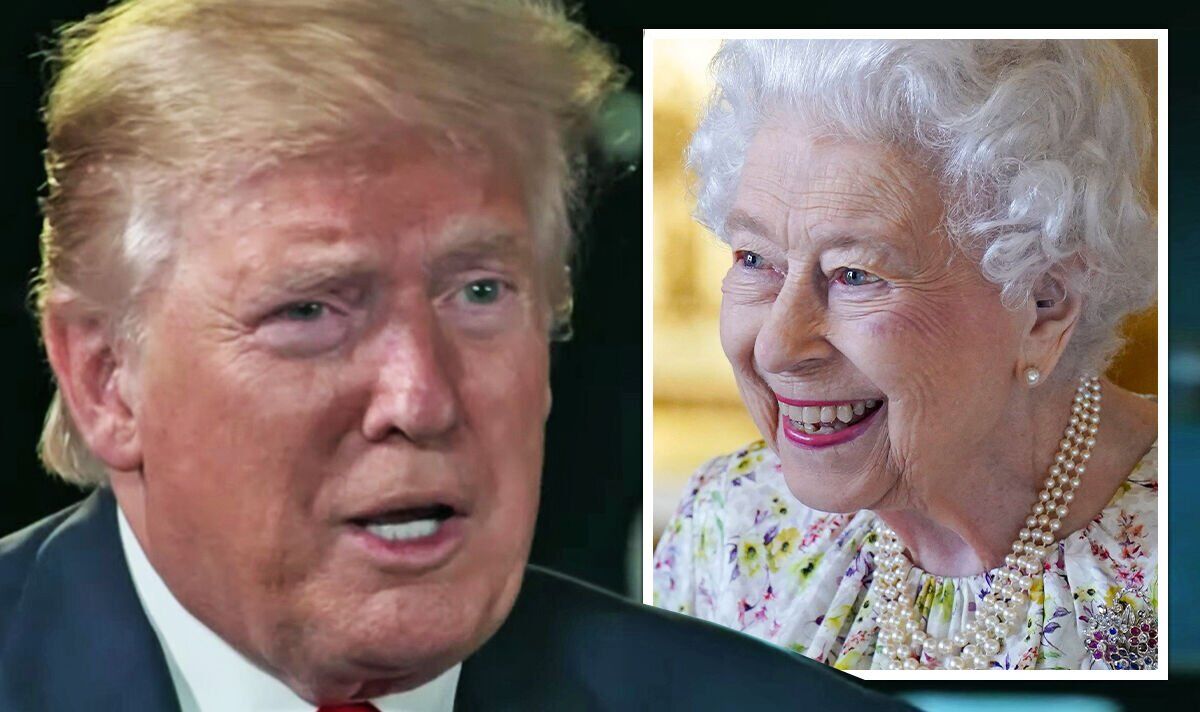 The former US President has made headlines after he was interviewed by Piers Morgan for the brand new channel TalkTV. During the interview, the pair spoke in regards to the Royal Family and Mr Trump praised the longest-reigning monarch and referred to Her Majesty, who lately celebrated her 96th birthday, as “an incredible woman”.

Mr Trump advised Piers: “I have a lot of respect for the Queen – She’s incredible.

“She loves her nation, I feel she’s unbelievable.”

He added: “Look at her, she’s been Queen for what, 70 years or one thing and he or she’s by no means made a mistake”.

Trump then referred to the Queen’s handling of a intruder event that happened at the Palace 40 years ago.

An intruder, later named as Michael Fagan, broke into Buckingham Palace and made his way into the Queen’s bedroom in the early hours of July 9, 1982.

Trump said: “Even when the man [Fagan] broke into her room, sits him down, talks to him”.

The former US President also bragged that the 96-year-old “had by no means had such a superb time” than when he was sitting next to him at a state banquet in 2019.

He said she was “laughing and smiling” throughout the event, which was held at Buckingham Palace.

He attended the event along with his wife, Melania, and his older children.

The Queen has kept public appearances to a minimum in recent months following her well-documented health issues last autumn.

She did, however, attend the memorial service the Royal Family held last month for her late husband, the Duke of Edinburgh.

The Queen’s attendance was only confirmed on the morning of the event.

It has been reported that the monarch has had some mobility issues that the royal household has had to take into account when organising the royal diary.