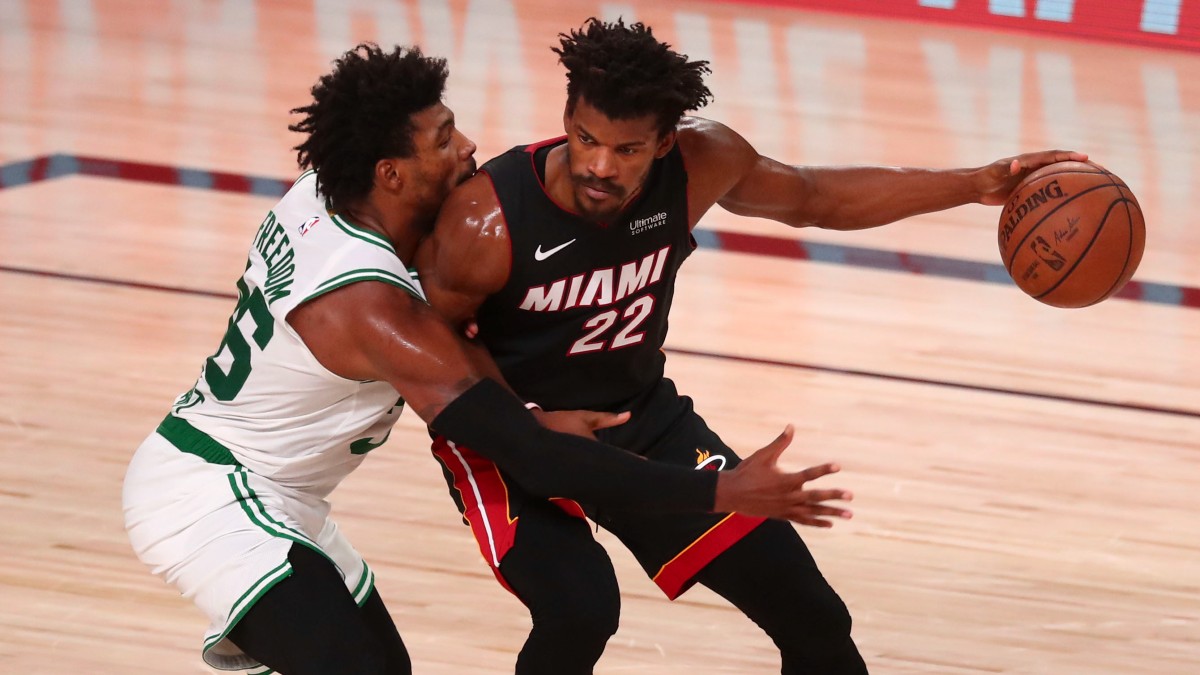 “Inside the NBA” is considered one of the best NBA pregame and postgame shows because of the genuine discussions and arguments.

Marcus Smart is hopeful to play in Game 2 and looks to help the Celtics tie the series, especially after the highlight performance Jimmy Butler displayed in Game 1. However, O’Neal and Barkley didn’t see eye-to-eye on the importance Smart could bring to the Celtics defense in guarding Butler.

“Hold on, you said last week, don’t brag you’re a great player if someone can shut you down,” O’Neal said. “Marcus Smart ain’t shutting Jimmy Butler down. If Jimmy Butler wants to get 40, he gonna get 40, he’s that type of player now.”

“We all like Jimmy Butler,” Barkley responded. “I’m not contradicting myself. This is a totally different animal. It’s harder to score on the Defensive Player of the Year fool.”

“No, it’s not,” O’Neal replied. “You better look at my finals against Dikembe Mutombo. No, it ain’t. It’s not. Jimmy Butler’s a great player. If he wants to get 40, he’ll get 40. I don’t want to hear nothing about Defensive Player of the Year. I don’t even want to hear it… Jimmy Butler has my respect.”

“We ain’t talking about you,” Barkley said. “We’re talking about Jimmy Butler. Playing against the Defensive Player of the Year is a lot harder.”