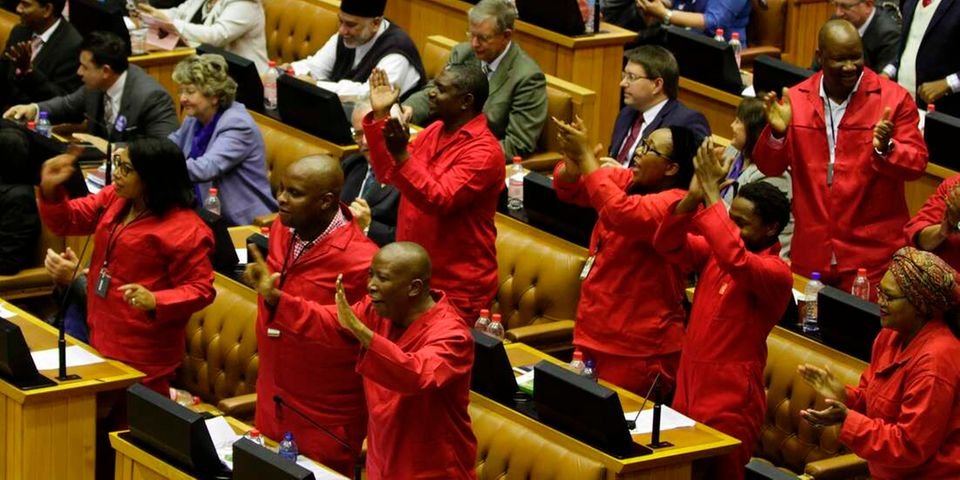 The South African authorities is below hearth to take sides on the Russia-Ukraine battle. The nation’s principal political events have additionally clashed on whom to help.

South Africa has neither condemned Russia’s invasion of Ukraine nor supported it in what’s seen as a impartial stance.

But the difficulty has divided opposition events in parliament who at the moment are urgent the federal government to undertake a sterner stance on the difficulty. Pretoria enjoys cordial bilateral relations with each Russia and the West.

Deputy Minister of International Relations and Cooperation Candith Mashego-Dlamini advised parliament, “As the government of South Africa, we urge all South Africans not to take sides in the conflict between Russia and Ukraine as this could go against our principles. In addition, we have good bilateral relations with both countries.”

The firebrand chief pledged his help for Russia whereas castigating the West.

“We met with the Ambassador of the Russian Federation in South Africa, Ambassador Ilya Rogachev, in Tshwane today,” Mr Malema mentioned.

“We received first-hand information on the ongoing military operations in Ukraine from the embassy, not from neo-Nazi propagandists.”

The EFF went on to take intention at Nato for the choice to “encircle Russia,” an motion they described as a “security threat that must be averted.”

He quoted the late Desmond Tutu’s remarks that “If you are neutral in situations of injustice, you have chosen the side of the oppressor.”

Mr Steenhuisen mentioned the South African authorities “has picked the wrong side of history, and it has dragged 60 million South Africans along with it.”

“Under a shameful veneer of ‘neutrality’, the ANC government has effectively pledged its tacit support for Putin’s imperial march to restore his lost empire,” Mr Steenhuisen mentioned.

“And I’m not only talking about the shameful abstention in the UN vote. When ANC ministers attend a cocktail function glorifying the Russian military on the day of the invasion, you don’t have to read between the lines.”

That was simply after International Relations Minister Naledi Pandor has publicly condemned Russia’s navy motion and demanded that Putin “immediately withdraw its forces from Ukraine.”

Soon after, President Ramaphosa contradicted her, denying her stance, in what pressured Minister Pandor to retract her speech in a speech to the UN.

“When a lone call by [Department of International Relations and Cooperation] DIRCO for Russia to withdraw its army is hastily retracted and the minister admonished, you don’t have to read between the lines,” Mr Steenhuisen mentioned.

“And when our president calls Putin in the middle of his invasion, pledging to strengthen bilateral ties – as the rest of the world isolates him – you don’t have to read between the lines.

“To the astonishment of the world, the same ANC that once relied on global solidarity in its fight against oppression [apartheid] has now openly sided with the oppressor.

“That wasn’t Russia. It was the Soviet Union, and that solidarity included Ukraine, the country now being attacked.”

The castigation of the South African authorities and the ruling African National Congress didn’t cease there.

Freedom Front Plus chief Pieter Groenewald mentioned the federal government views Russia as a buddy however Moscow doesn’t regard them as its buddy.

He mentioned Pretoria is supporting a rustic that sees them as a “useful idiot.”