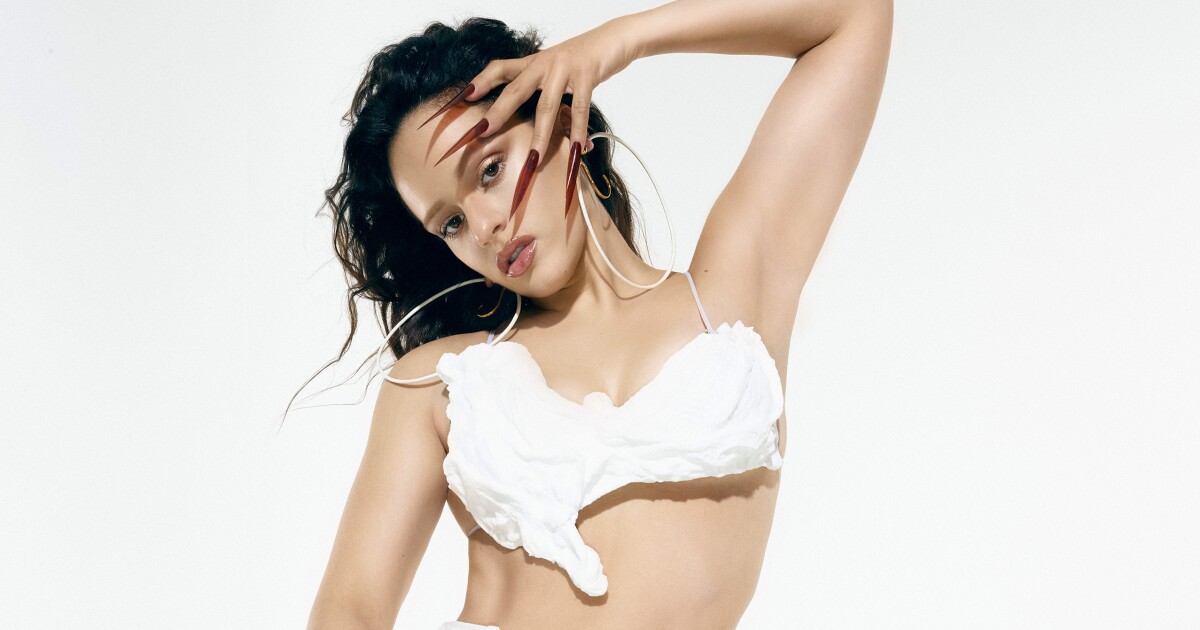 Just then a juddering drum-machine beat drills into the manufacturing from out of nowhere, blasting away “Hentai’s” sense of subtle calm although not, crucially, its air of emotional longing. It’s not a bait-and-switch, this music; as an alternative, Rosalía’s concept appears to be that intercourse — even (or particularly) at its hungriest — is worthy of the high-flown therapy that pop music usually reserves for love.

“I whipped it until it got stiff,” she sings sweetly, drums jackhammering round her as she lays out her priorities in life: “In second place, f—ing you / In first place, God.”

Recorded all over the world (together with in Los Angeles, Barcelona and the Dominican Republic) and that includes collaborations with the Weeknd, Pharrell Williams, Q-Tip, James Blake, her longtime studio associate El Guincho and the trailblazing Puerto Rican producer Tainy, “Motomami” is all about rethinking established cultural boundaries; the LP, Rosalía’s third, brandishes moments of rupture, discord and collision to evoke a contemporary world that questions — but nonetheless seeks consolation in — previous folkways.

Again and once more in these gleaming, ice-pick-sharp songs, which mix reggaeton, hip-hop, bachata, R&B and jazz (to call just some of the kinds at her fingertips), she makes inconceivable connections with little fear over whether or not the seams are exhibiting; certainly, the seams could be the level of her work in an period when assimilation has misplaced its luster as a social perfect.

“I contradict myself / I transform,” she sings in Spanish over a buzzing bass line within the album’s punky opener, “Saoko.” “I’m everything.”

Rosalía broke out in 2018 with the Grammy-winning “El Mal Querer,” which remade flamenco music utilizing digital textures alongside the shape’s historical instruments of acoustic guitar and hand percussion. In the years following the album’s launch, she performed Coachella and palled round with Kylie Jenner; she appeared in Cardi B and Megan Thee Stallion’s “WAP” video and recorded songs with J Balvin, Billie Eilish and Travis Scott.

“Motomami” charts that speedy ascent to pop stardom, and never all the time with the laughing enthusiasm Rosalía shows in her frequent TikTookay movies. In the dramatic “La Fama,” she characterizes fame as “a lousy lover” and a “backstabber who comes as easy as she goes”; “Bulerías,” the one monitor right here rooted explicitly in flamenco, recounts the laborious work behind the glamour of superstar: “To keep standing on my feet,” she sings, “I killed myself 24/7.”

Being separated from her household in the course of the isolation of the pandemic made the journey much more disorienting. Amid the mournful organ tones of “G3 N15,” she addresses a younger relative whose eye shade she will’t keep in mind and one other whose pursuits — “races or space ships or sailboats” — have grown fuzzy in her thoughts. It’s a heartbreaking confession made solely extra poignant by her inclusion of a voice message from her grandmother musing in regards to the significance of household.

But if fame has taken a toll on Rosalía’s private life, success has clearly been a creative boon. “Motomami” virtually throbs with the liberty of somebody flush with artistic capital; its stylistic sprawl shares one thing with Beyoncé’s “Lemonade,” whereas the album’s mixture of harsh noise and sculpted pop melody can recall the music M.I.A. made after “Paper Planes” grew to become a left-field hit within the late 2000s.

In the hypnotic “Candy,” a few breakup with a man who “broke me but just a little bit,” she threads a pattern from a Burial music (which itself samples a monitor by Ray J) by a clattering reggaeton beat. “Chicken Teriyaki” deploys a playground-style chant as she brags about looking for “a chain that’ll break the bank like Naomi in the ’90s.” The title minimize, with a springy beat clearly formed partly by Pharrell, is 61 seconds of pure cool-kid swagger; “Cuuuuuuuuuute” reaches towards hyperpop with a wild spray of machine-gun percussion.

Not in contrast to M.I.A., to whom she provides a shout-out in “Bulerías,” Rosalía has taken warmth for a way blithely she mixes and matches genres and traditions; the renown she’s obtained as a European girl embracing reggaeton has notably galled some observers. Yet even flamenco was a discovered artwork for the singer, who’s mentioned she wasn’t uncovered to the treasured Spanish kind till a good friend hipped her to it when she was 13, after which she launched into an intensive decade-long research.

Does “Motomami” reveal her attentiveness to a storied Latin American sound that’s exploded in worldwide reputation since “El Mal Querer”? Of course. But what comes by no much less powerfully is her love of reggaeton, two of whose pioneers — Plan B and Tego Calderón — she name-checks on an album suffused with reggaeton’s street-level spirit. (Among the various different correct nouns dropped by this artist who’s by no means been reluctant to call her inspirations: Kim Kardashian, Lil’ Kim, Mike Dean, Dapper Dan, Willie Colón, Carla Bruni and, uh, Apple CEO Tim Cook.)

Rosalía can be an exceptionally shrewd record-maker: To do her model of bachata, the beloved Dominican type, in “La Fama,” she didn’t recruit a confirmed bachata singer however quite the Weeknd, whose mild, imploring voice seems to be excellent for the music — and whose megastardom helped assure a large viewers for her newest cultural mash-up.

Some will view her technique as fairly wealthy in a music about fame’s soul-depleting properties. Rosalía is OK with the paradox.