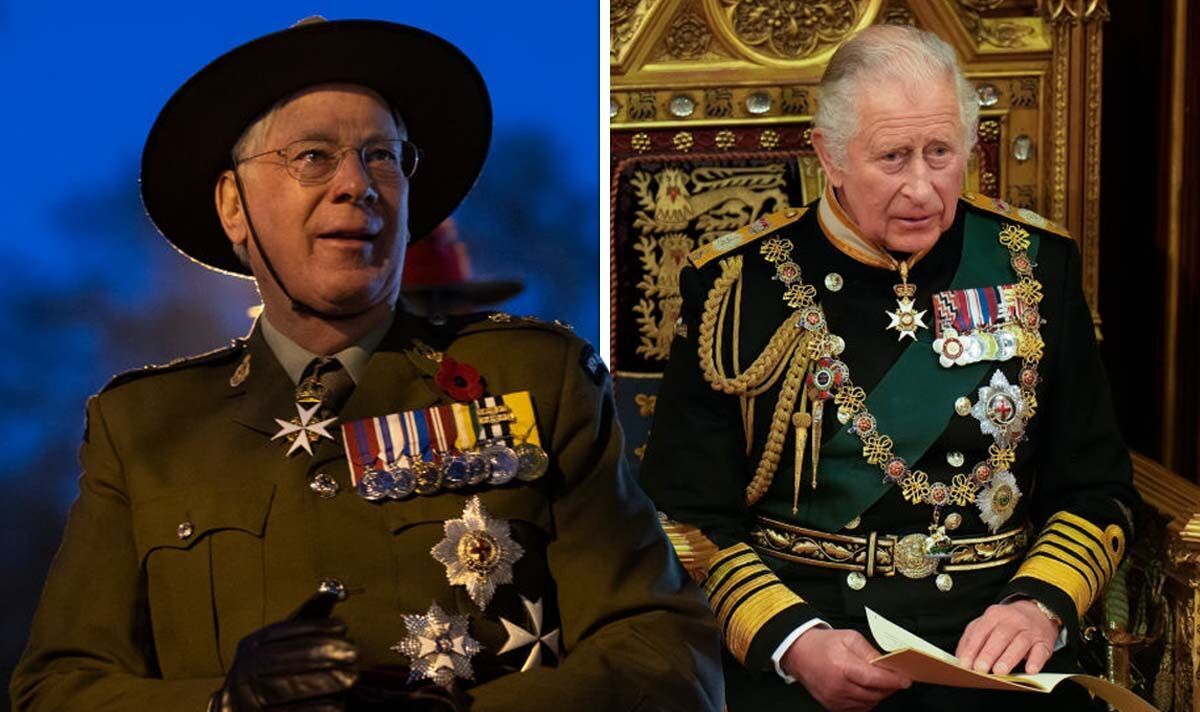 Prince Richard described as ‘backbone’ of royals by expert

On Thursday, Prince Richard, Duke of Gloucester and his wife, Birgitte, Duchess of Gloucester, are expected to watch the ‘A Gallop Through History’, a dazzling horse show in celebration of the Queen’s Platinum Jubilee. As part of the Royal Windsor Horse Show, the two-hour performance will take place each night until the final show on Sunday. The culminating performance will be done before the Queen, if she is well enough to attend, and broadcast live on ITV.

Sophie, Countess of Wessex and Prince Edward will watch on Friday, Princess Anne on Saturday and the Duke and Duchess of Gloucester today.

Both the Duke and his wife are working royals and carry out several engagements on behalf of the Queen.

The Duke of Gloucester may take on more ‘high profile’ engagements in a slimmed down monarchy. (Image: Getty Images)

However, they largely fly under the radar and have recently been described as ‘obscure royals’, following the announcement that they will appear on Buckingham Palace balcony during the Queen’s Platinum Jubilee celebrations, but not Prince Harry, Meghan Markle or Prince Andrew.

Craig Prescott, a constitutional lawyer, has suggested that the Duke may be among royals garnering a higher profile under Prince Charles’ kingship.

He told Express.co.uk that in the absence of Prince Harry, Prince Philip and Prince Andrew, the likes of the Duke of Gloucester and the Earl and Countess of Wessex may take on “more high profile” duties.

Mr Prescott said: “There might well be a bit more attention on what other royals — like the Duke of Gloucester who we don’t see as much or the Wessexes — are doing because some of it will be a bit more high profile, that once upon a time Prince Harry would have done or Prince William might have done.

The Duke and Duchess of Gloucester have stepped up in recent months due to the Queen’s ill health. (Image: Chris Jackson/Getty Images)

“So as the monarchy gets smaller, and these things filter through the different members of the Royal Family, they might end up doing more high profile stuff.”

He noted the rarity of the Duke of Gloucester and Prince William’s joining forces to commemorate Anzac Day last month.

He said: “You don’t see William and the Duke of Gloucester together very often.

“That is an example of just how pieces are already changing.”

The Duke of Gloucester laid a wreath during the Dawn Service. (Image: Dan Kitwood/Getty Images)

Richard and William joined Australians and New Zealanders in commemorating Anzac Day, which marks the anniversary of the start of the First World War Gallipoli landings, and is a national day of remembrance for Australia and New Zealand.

The Duke of Gloucester attended the Dawn Service at the New Zealand Memorial at London’s Hyde Park Corner, and William took part in a wreath laying ceremony at the Cenotaph in Whitehall followed by a service of commemoration and thanksgiving at Westminster Abbey.

Despite leading a relatively low-key royal career, the Duke carries out a significant number of public duties and has undertaken hundreds of official engagements in the UK and overseas each year.

He is the patron or president of many charities and organisations, many of which relate to architecture and conservation – Prince Richard trained as an architect before taking on royal duties.

Meanwhile, the Duchess is involved with many organisations, spanning from the Lawn Tennis Association to The Children’s Society, the Friends of St Paul’s Cathedral to Parkinson’s UK, Hope for Youth Northern Ireland to Scottish Opera.

As working royals, the Duke and Duchess will appear on Buckingham Palace balcony during Trooping the Colour.

They will join the rest of the Royal Family for the iconic flypast scene.

Their appearance comes alongside the exclusion of Harry, Meghan Markle, Prince Andrew and his daughters — Princess Eugenie and Princess Beatrice.

The Duke and Duchess will appear on Buckingham Palace balcony during the Jubilee celebrations. (Image: Chris Jackson/Chris Jackson/Getty Images)

While the Duke and Duchess are not well-known faces within the Royal Family, they stepped up to support the Queen when she had to miss engagements due to illness.

It remains unknown what events Her Majesty will attend during the four-day Jubilee weekend.

The Palace has said that the monarch’s attendance is likely to be confirmed on the day in question.