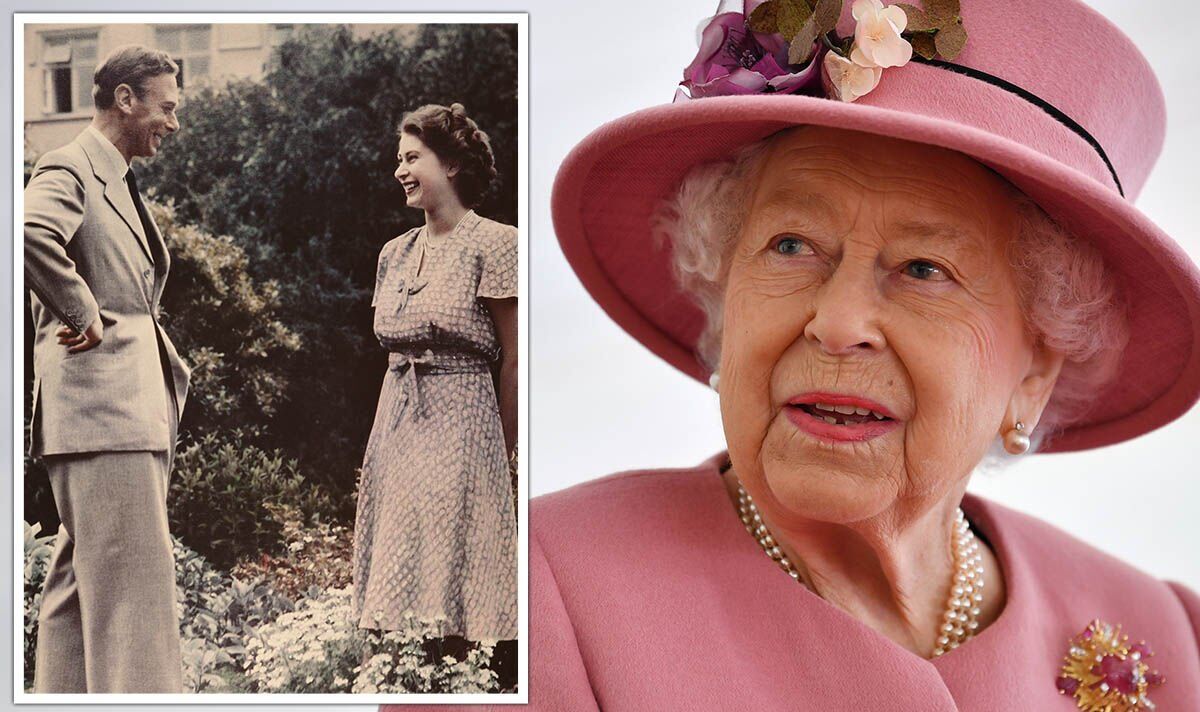 Elizabeth: The Unseen Queen trailer from the BBC

Her Majesty pledged to dedicate her whole life to service in a historic speech delivered on her 21st birthday. But she had already proved her value as the future sovereign during wartime, when she undertook engagements, boosted the country’s morale and even took on some of the responsibilities of her father King George VI while he was abroad, an expert has noted.

Kate Clements, curator of the upcoming exhibition ‘Crown and Conflict: Portraits of a Queen in Wartime’ at the Imperial War Museum in London, highlighted how the then Princess Elizabeth “really stepped up” during World War 2 and played a key role despite her young age.

She told Express.co.uk: “It really doomed on me as I was doing my research to curate the exhibition that the Queen grew up in wartime.

“She was 13 when the war broke out, and those were really key years, she was the heir to the throne, the nation was in crisis and she really stepped up.

“She was quite a serious and responsible child anyway but I think living in wartime conditions really solidified that.”

Referring to the first public speech delivered by Princess Elizabeth in 1940 to address children of the Commonwealth, Ms Clements continued: “She took on her first role making a speech to the children.

The Queen stepped in for King George VI when she was just a teenager (Image: GETTY)

“She was made Colonel of the Grenadier Guards when she was 16, she launched her first ship, she travelled with her parents to different parts of the countries to boost morale.

“And at one point, she even took on some of the responsibilities of the head of state.

“Her father went to Italy in 1943 and during that time she actually executed some of his responsibilities, so she took on a lot of duties but did so taking it in her stride, really.”

The Queen, then heir to the throne, showed to be fully committed to playing her role in wartime as she joined the war effort soon after turning 18.

The monarch famously joined the Auxiliary Territorial Service (ATS) a few months before the end of the war in Europe.

Nevertheless, this move was very powerful to boost morale among Britons and pushed them to keep fighting, Ms Clements noted.

The expert, who also authored ‘The Royal Family in Wartime’, a book depicting through carefully chosen photographs the many and varied ways that members of the Royal Family have played their part in wartime over the past century, said: “Having the heir to the throne joining the war effort at that time was an important way to show there was still the need to keep fighting and that the Royal Family was involved in that fight.

“We have some lovely coloured photographs in both the exhibition and the book of the Queen in the ATS, and visitors will learn how she befriended women during her service.”

Ms Clements also recalled a quote from the Queen, featured in the exhibition, in which the monarch described her time in the ATS as saying: “I never worked so hard in my life but I really enjoyed it.”

After having taken on some of her father’s duties, joined the King and Queen in visits and engagements and delivered her first speech, Princess Elizabeth’s profile was further raised by her service in the ATS, Ms Clements said.

She added: “The Queen turned 19 in April 1945 and being so publicly part of the war effort, clearly taking her role seriously, I think it demonstrated to people she was a young woman who understood the part she had to play in the nation, and took that seriously.

“The war ended before she could put her skills to use, but she graduated and became a fully qualified driver and, while she didn’t have the chance to be deployed, the very fact that she had joined up and done her bit helped keep people morale up and she was seen in a positive light because of that.”

Speaking of the Queen’s desire to play her part during wartime, Ms Clements added: “I think it’s interesting she kind of lobbied to be able to join, she would have joined sooner but I think it was sort of held off but she was very keen and eager, she wanted to play that part.”

Ms Clements, whose exhibition and book showcase the relationship between the Firm, the Armed Forces and war through a series of rarely-seen images and items, noted the exemplar role played by the Windsors during the second worldwide conflict sanctioned the affection Britain has for the Royal Family.

The Queen is the head of the Armed Forces (Image: EXPRESS)

Describing a photograph showing King George VI and the Queen Mother appearing distressed as they looked at the destruction that followed the bombing of Buckingham Palace, Ms Clements said of the sovereign and his wife’s decision not to leave London during the Blitz: “It is quite an important moment, it shows just how, like during World War 1, the Royal Family understood its role and duty to stand with the British people, to boost the morale and to show they were in the fight with the nation.

“They could have easily left and gone to safety somewhere, but they decided to stay and I think that was very important and it endeared the King and Queen to the people during the war.

“And it was an enduring legacy, particularly with regards to the Queen Mother, who was so popular and well regarded, and I think this affection had its roots in World War 2 and how she behaved.”

And the bond between the Firm and the Armed Forces has remained strong even during peacetime, Ms Clements noted.

Throughout her reign, the Queen “supported members of the Armed Forces, veterans and families of those who served”, the expert said.

The Queen and Prince Philip at the Cenotaph in 1953 (Image: GETTY)

One lasting tribute showing how the monarch understands the effort required not just by Army personnel but also by their loved ones has been the institution of the Elizabeth Cross in 2009, Ms Clements noted, which is awarded to the next of kin of service personnel killed on operations or as a result of terrorism.

Speaking about the Queen’s dedication to the Armed Forces, of which she is the head, Ms Clements added: “She has been very visibly present both at moments when the nation has been at war and when the nation pauses to pay tribute to those who died in conflict.

“And I think she takes that role very seriously and has passed that on to her children and grandchildren, many of whom have carried on the tradition of royal military service and working with veterans.

“So the royals and the Armed Forces are really entwined, there are many photographs in both the book and the exhibition showing how close and enduring these ties are.”

The Royal Family in Wartime, published to accompany The Queen’s Platinum Jubilee at IWM, will be available to order at iwmshop.org.uk from 12 May 2022.