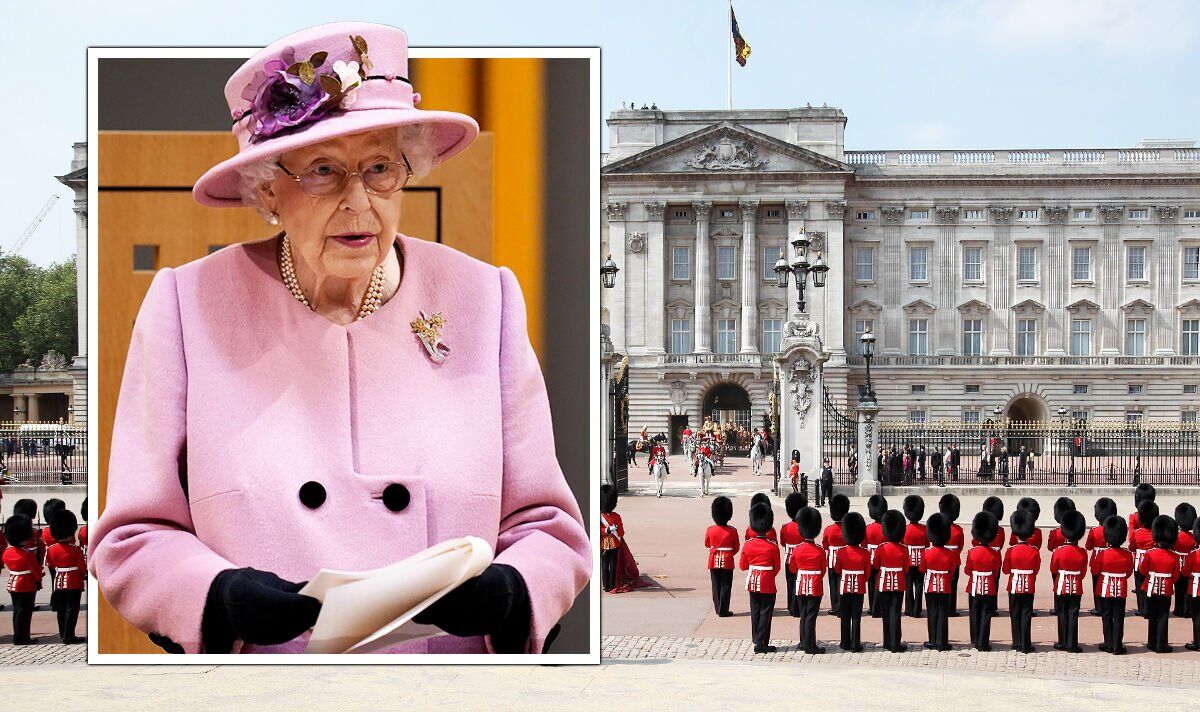 Her Majesty embraced technology during the first national lockdown, a move which is allowing her to remain in touch with Britons even after she started to drastically reduce her in-person visits outside of the palace walls due to her advanced age and episodic mobility issues. By using video calls, she can hold audiences, meet diplomats, carry out engagements remotely and still be seen by royal fans.

The main aspect of a royal visit that can’t be replicated remotely is the walkabout, which sees members of the Firm exchange a few words with fans lined up to see them outside of locations they are visiting.

But the monarch may not be entirely sad she to be missing out on this tradition, according to royal author Ian Lloyd.

The author of ‘The Queen: 70 Chapters in the Life of Elizabeth II’ told Express.co.uk: “The only thing that wouldn’t happen are walkabouts, so that is missing but that’s going to be necessary at the moment.

“I also think she was starting to get fed up with walkabouts.

The Queen was ‘starting to get fed up’ with walkabouts, according to a royal author (Image: GETTY)

The Queen’s mobility issues make it more difficult for her to take part in walkabouts (Image: GETTY)

“They were set up by her in the 1970s as a way of meeting people but these days people only wants selfies and photographs of her, they just hold up their cameras or, even more alarming, their iPads so she is faced with a wall of that when she looks at the crowd, it’s horrible.

“Princess Anne once said that, because of their phones, people now only actually believe they have seen something if they can photograph it so they lose the immediacy, their memory.

“Also there is a lack of respect in this, when the walkabout started 40 or 50 years ago people would have never dreamed of sticking up a camera in the Queen’s face.”

Buckingham Palace confirmed the monarch is suffering from “episodic mobility problems” on May 9, when it issued a statement saying the Queen would not attend the State Opening of Parliament on the following day.

The Queen first sparked health concerns on October 20 last year, when she cancelled a planned visit to Northern Ireland to mark the nation’s centenary.

At the time, Buckingham Palace said the monarch was following her doctors’ advice to rest for a few days.

It later emerged Her Majesty had been brought to King Edward VII Hospital in London on that same day for “preliminary tests”.

The monarch gradually cancelled all her visits outside of her residences and didn’t carry out any official engagement outside of them until late March, when she attended the service of thanksgiving for Prince Philip at Westminster Abbey.

The Queen during a walkabout held for her 90th birthday (Image: GETTY)

The Queen during A Gallop Through History (Image: GETTY)

Her missed attendance at the Commonwealth Day service in March and the State Opening of Parliament last month fuelled concerns for the monarch.

However, the monarch left royal fans delighted in recent days as she attended unannounced a handful of events outside of palace walls.

On May 13, she was driven to the arena, distancing some 500 yards from her castle, where the second day of the Royal Windsor Horse Show was taking place.

The Queen watched some of the equestrian events from her Range Rover before taking a seat on the stands.

Key events in the life of the Queen (Image: EXPRESS)

From there, the monarch watch her youngest granddaughter Lady Louise Windsor perform aboard Prince Philip’s carriage.

The Queen was all smiles while in the company of Penelope Knatchbull, a close friend of the late Duke of Edinburgh, Prince Edward and Sophie, Countess of Wessex.

Two days later, the monarch stepped out once again of her residence to watch in person the final night of A Gallop Through History, the first major event celebrating the Platinum Jubilee.

The four-act show brought Her Majesty and viewers through a journey across five centuries of British history.

The Queen during an engagement on May 17 (Image: PA)

The Queen appeared delighted as she watched more than 500 horses – including her beloved fell ponies – and 1000 performers exhibiting.

Among them, there was once again Lady Louise, who led a parade of the best royal carriages and the monarch’s most loved horses.

On May 17, the Queen stepped out once again to join her younger son Prince Edward for an engagement at Paddington station in London.

There, the sovereign looked radiant dressed in yellow as she met people who worked on the completion of the Elizabeth Line.

Her attendance hadn’t been announced beforehand and was described by a Buckingham Palace spokeswoman as a “happy development”.

Ian Lloyd’s ‘The Queen: 70 Chapters in the Life of Elizabeth II‘ is available in paperback.