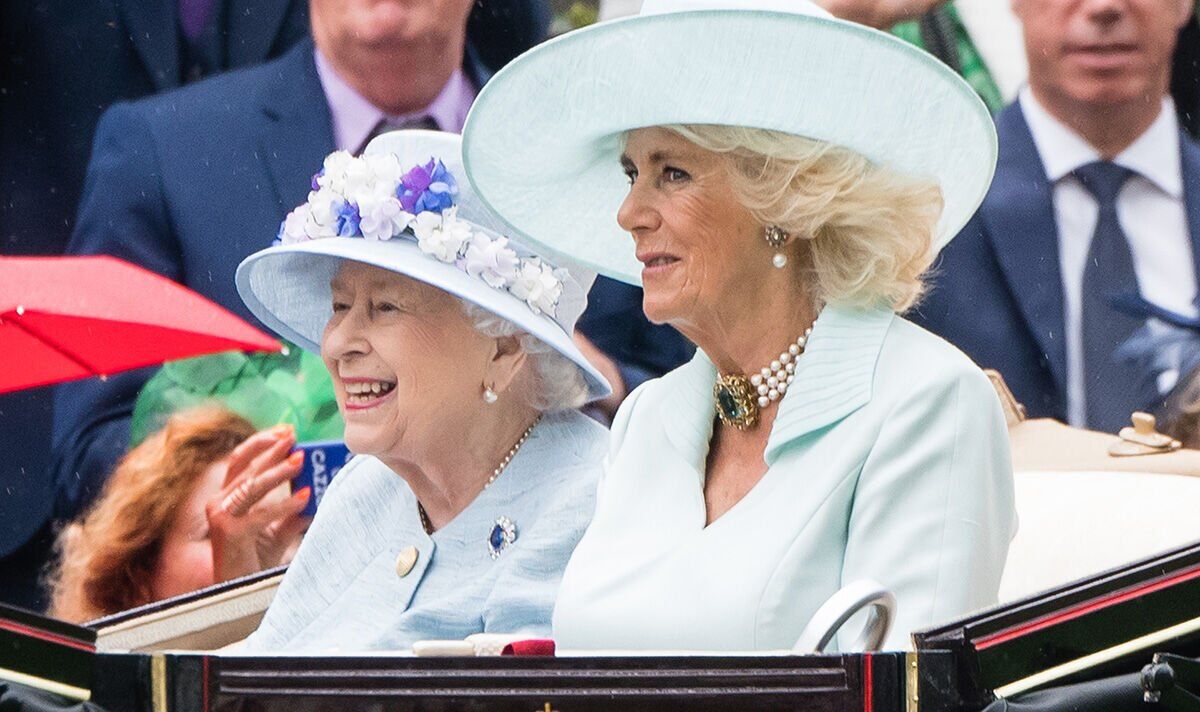 Earlier this year, in a message marking her 70-year reign, the Queen said it was her “sincere wish” that Camilla would have that title. The Duchess married her son Prince Charles in 2005 and the Duchess’s recent outing, along with the title wish, is an indication that the Queen and her daughter-in-law share a “close” relationship. Speaking on the latest episode of Royally Us, hosts Christine Garibaldi and Christine Ross discussed their royal relationship.

Ms Garibaldi said that Camilla is “one step closer” to being named Queen Consort after her Garter Day appearance.

“I think it’s another sign that the Queen is hugely supportive of Camilla’s future role and really has become quite close to Camilla.”

Ms Ross added that “this is a role that really the sovereign gives out, you know, as a sort of, sort of, respect and gratitude for the service to the sovereign”.

At the time, Camilla was married to Andrew Parker Bowles – a major in the Blues and Royals regiment and the author claimed that the Queen was told members of the regiment were “unhappy” about Charles’s relationship with Camilla.

After receiving the blessing from the Queen, Camilla and Prince Charles married during a civil ceremony at Windsor Guildhall in April 2005.

Speaking to PEOPLE, a royal source said that Camilla was “very pleased” with the honour and will now formally be recognised as a Royal Lady of the Order of the Garter.