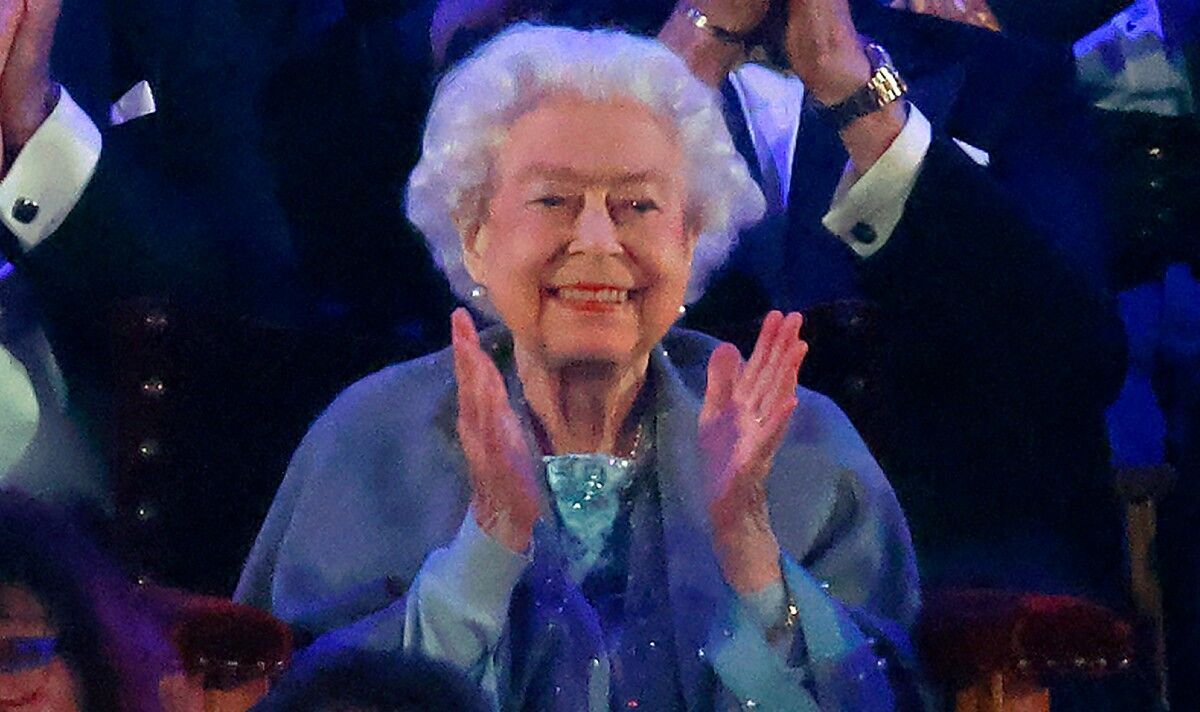 Royal author Omid Scobie said it is time for heir to the throne Prince Charles “to do the heavy lifting”. Mr Scobie, who wrote the Finding Freedom book on the Sussexes, highlighted how the 96-year-old monarch was in her element as she attended a Jubilee equestrian extravaganza over the weekend.

Days earlier, the Prince of Wales stood in for his mother at the State Opening of Parliament due to her mobility issues.

Mr Scobie tweeted: “The Queen has earned every right to conserve her energy for celebratory moments that the nation can enjoy alongside her.

“Now is the time for Prince Charles to do the heavy lifting.”

Writing in a column for Yahoo! News, Mr Scobie added that the monarch’s equestrian outing was “one of the first opportunities in years for the Queen to sit at an event alongside the public she serves” following the Covid pandemic.

The royal author said: “Whether Charles has exactly what it takes will only be seen once he ascends the throne, but one thing is for sure — The Queen has earned every right to conserve her energy for celebratory moments that the nation can enjoy alongside her.

“And for the jobs that will help Charles prepare for reign change, the head of ‘the Firm’ can finally put her feet up. She most definitely deserves it.”

The Queen was honoured with a standing ovation as her Platinum Jubilee celebrations kicked off on Sunday with a musical and theatrical romp across the centuries called A Gallop Through History.

The audience rose to their feet applauding and cheering when the monarch arrived at the arena close to Windsor Castle.

READ MORE: Prince William forced to step in for Queen in last-minute trip

At the show’s conclusion, the Queen made a lap of honour in her vehicle waving to the cheering spectators as she passed.

The weekend marking the monarch’s historic 70-year reign will kick off with Trooping the Colour on Thursday, June 2.

Members of the Royal Family will attend a service of thanksgiving at St Paul’s Cathedral on Friday, June 3.

The Party at the Palace pop concert will be held at Buckingham Palace on Saturday, June 4.

The celebrations will come to a close with a Jubilee Pageant on Sunday, June 5.