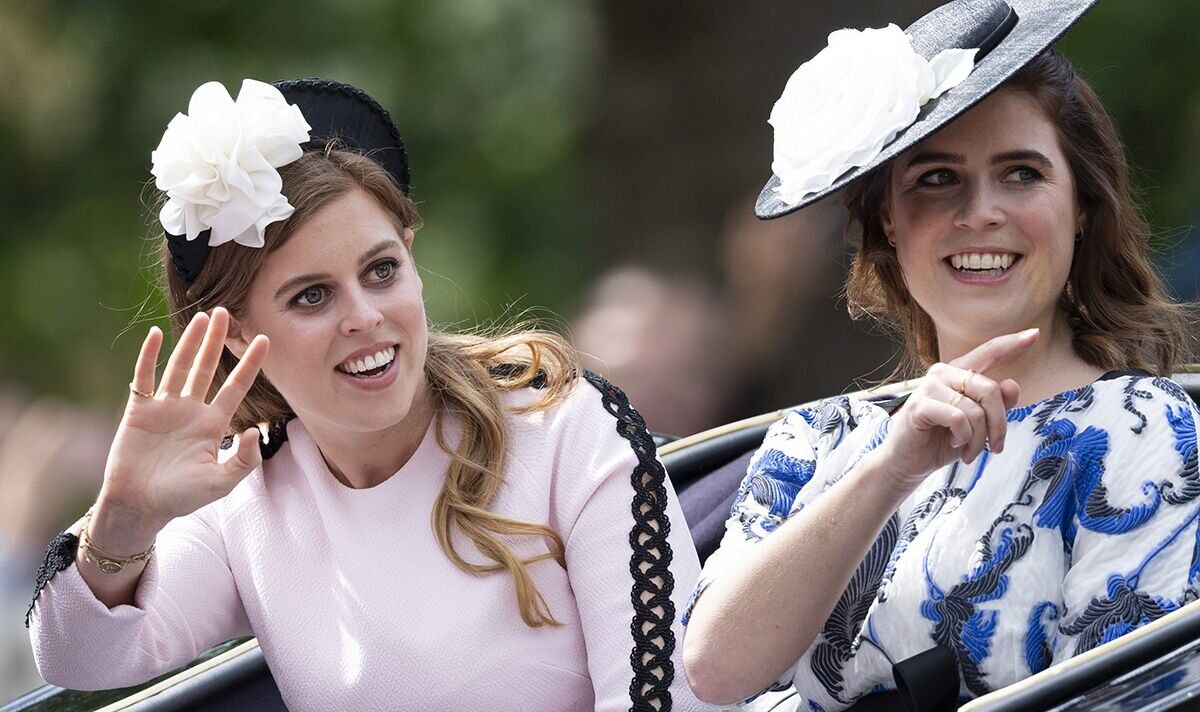 Princess Eugenie and Beatrice are among the “lesser-known” royals who will “suffer” because of the Queen’s decision to ban Prince Harry from the Palace balcony for the Platinum Jubilee. Last week, it was announced that only working royals will appear on the Buckingham Palace balcony during the Trooping the Colour to kick off the Platinum Jubilee celebrations. This means that prominent royals like Harry, his wife Meghan Markle, and Prince Andrew will not feature.

The Daily Mail diary editor Richard Eden has said that, while the decision was “the right one,” it is still “sad” for royals like Princess Beatrice and Eugenie.

Mr Eden said: “Thank god for the wise judgment of the Queen She might not be well enough to attend Parliament but she can still make decisions like that.

“It would have been a terrible sight to have had Harry, Meghan, and Andrew on that balcony after all that has happened.

“I think it would have done a lot of damage to the Royal Family.”

JUST IN: James Corden told to ‘stay in the USA’ after backing Harry and Meghan

The condition that only working royals make the cut means other well-liked royals like Beatrice, Eugenie and Zara Tindall also miss out on an appearance.

Royal observers have said that such a rule is “not fair” to the well-loved but lesser-known royals.

One royal fan account tweeted: “It is unfair that some children are allowed on the balcony while Eugenie and Beatrice are being excluded.”

Mr Eden remarked that Harry’s absence will mean we “never see” the minor royals on the balcony “ever again”.

He added: “But on the other hand, it’s sad. It’s a chance, usually, for the extended family to get together to celebrate the Queen.

“It’s a chance to see some of those lesser-known members and they can feel part of the family.

“They’ve had to suffer because of Harry and Meghan’s disloyalty and because of Andrew.

While they will be absent from the balcony, Harry and Meghan did announce that they will bring their two children, Archie and Lilibet, with them for the Jubilee celebrations.

However, Harry and Meghan could still end up on the Buckingham Palace balcony, according to Daily Express royal correspondent Richard Palmer.

Mr Palmer said that a subtle hint from a royal aide last week suggested another twist to the royal drama.

A second balcony moment featuring Harry and Meghan could take place on the final day after the Platinum Jubilee Pageant.