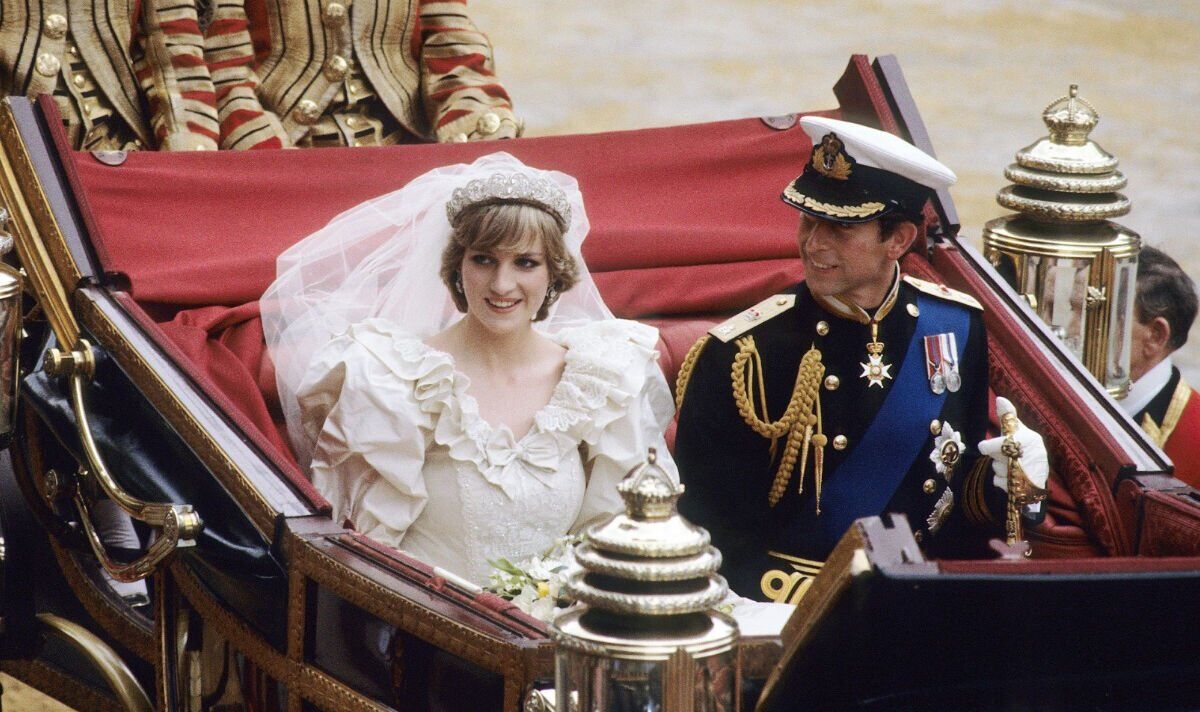 Gerry Layton, 62, managed to buy a remarkable piece of royal history last year. Mr Layton, a self-proclaimed royalist from Alwoodley in Leeds, purchased a piece of cake which was covered in icing and even featured a royal coat of arms.

The slice was from one of the 23 official wedding cakes baked for the wedding of Prince Charles and Lady Diana Spencer at St Paul’s Cathedral on July 29, 1981.

The slice had been given to Moya Smith, a member of the Queen Mother’s household at Clarence House.

After the wedding, Ms Smith preserved the topping with cling film before her family sold the cake to a collector in 2008.

Despite only buying the slice of cake last August, Mr Layton recently announced he was putting the slice of 41-year-old cake up for sale at a charity ball auction, to raise money for Martin House Hospice.

Martin House Hospice, which was opened by the Duchess of Kent in 1987, provides care to terminally ill and severely disabled children.

But when it went up for auction at Rudding Park last week, Mr Layton “got the urge to have it back” and submitted the winning bid of £2,100.

According to the Yorkshire Post, he said: “After some free champagne, I suddenly got the urge and thought ‘I haven’t even had a bite of it yet’.

“I think I’m the only person in the world ever to have bought the same item at auction twice within a year, and both times for around the same price.

“I don’t care if it kills me. It’s 41-years-old but I definitely am going to have a bite.

“It should be all right, it’s been carefully preserved in plastic.

“I’m not taking anything off the top as that would spoil it, but underneath there’s a marzipan base that holds it all together and probably some fruitcake.”