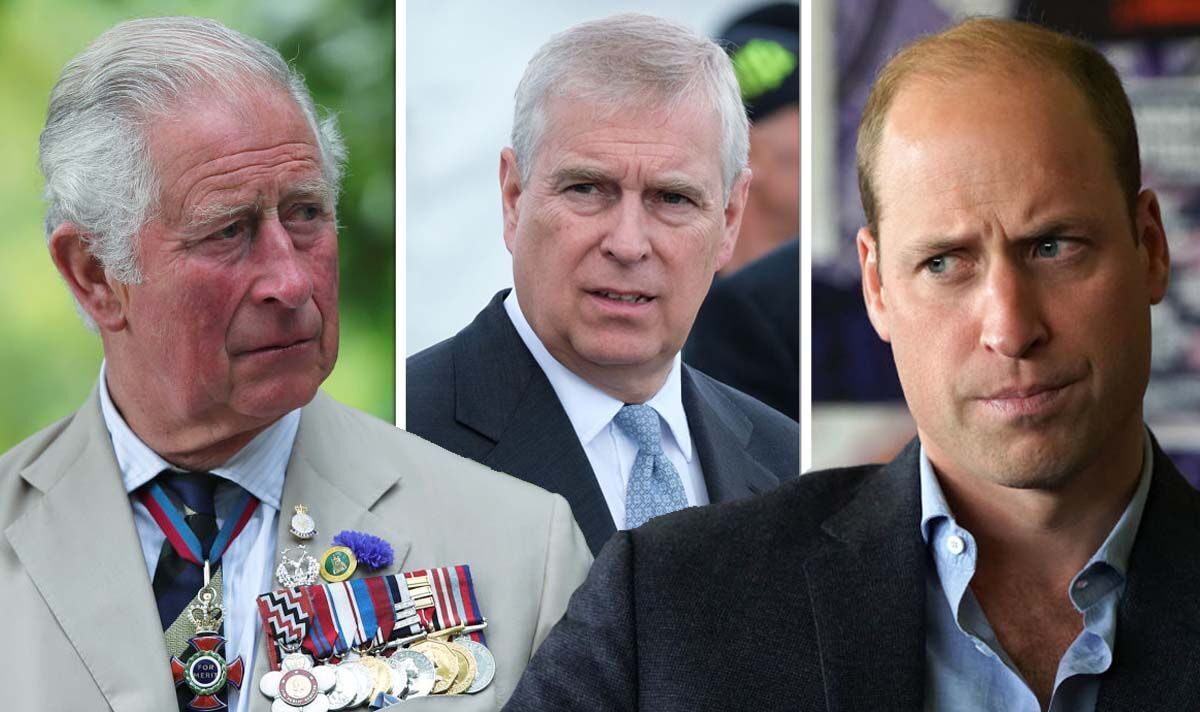 Earlier this week, Prince William reportedly dealt the Queen an ultimatum over Prince Andrew’s return to the royal spotlight. The Duke of Cambridge is understood to have been so outraged by the prospect of his uncle’s involvement in the traditional Order of the Garter service that he told Her Majesty: “It’s him or me!” Andrew was subsequently excluded from the public elements of Monday’s event over fears of backlash.

It comes after one royal expert claimed William will “rule with an iron rod” over Andrew.

Howard Hodgson, royal expert and author of ‘Charles – The Man Who Will Be King’, told Express.co.uk: “I think Prince Charles will be vastly more tough on Andrew than the Queen ever was.

“And if Charles ever doubts it — because he has a kind heart — Prince William, who is a much tougher man, will absolutely put an iron rod down his father’s back and say: ‘No!’

“William will rule with an iron rod when it comes to his uncle.”

Andrew’s recent exclusion was a fresh blow for the prince, who is said to be keen to return to public life.

The Duke of York reportedly believes he has spent enough time away from the spotlight following the furore surrounding his friendship with Jeffrey Epstein and his pay-out to Virginia Roberts Giuffre.

As a Garter Knight, Andrew does have a right to attend the traditional event and was originally due to appear — his name even appeared on the order of service.

The fact that Andrew had been cleared to attend the service suggests that both he, and more importantly the Queen, thought it was a good moment to begin the process of publicly rebuilding his life.

However, in an 11th-hour decision — suspectedly after Charles and William’s lobbying — a “family decision” was made to shield Andrew from the public gaze.

The duke is thought to have challenged the ban but to no avail.

It is understood that Andrew has been pushing for a return to his former royal life for months.

After his out-of-court settlement with Ms Giuffre, who brought a civil case against the duke and accused of him of sexual assault — allegations which he vehemently denies and a settlement which his lawyers say is not an admission of guilt — he remained out of the spotlight.

His first and last public appearance was at his father’s Service of Thanksgiving at Westminster Abbey at the end of March.

At that moment, the Queen signalled her support for her second son.

His involvement in the service indicated that Andrew would play a part in the Queen’s Platinum Jubilee celebrations.

However, the prince was forced to pull out of all events during the special weekend after testing positive for Covid.

He was reportedly looking forward to Monday’s Garter Day and considered it a small step on the way to his return to some form of public life.

But, one senior insider told the Evening Standard: “The Duke of Cambridge was adamant. If York insisted on taking part publicly, he would withdraw.”

It gives insight into what the monarchy will look like under the future kings; it has long been said that Charles and William plan to work together as they take on their new roles.

William, who turns 40 next week, will take on his father’s title of Prince of Wales once Charles ascends the throne.

Both are expected to be “vastly more tough” on Andrew than the Queen, who is known to have a soft spot for her second son.