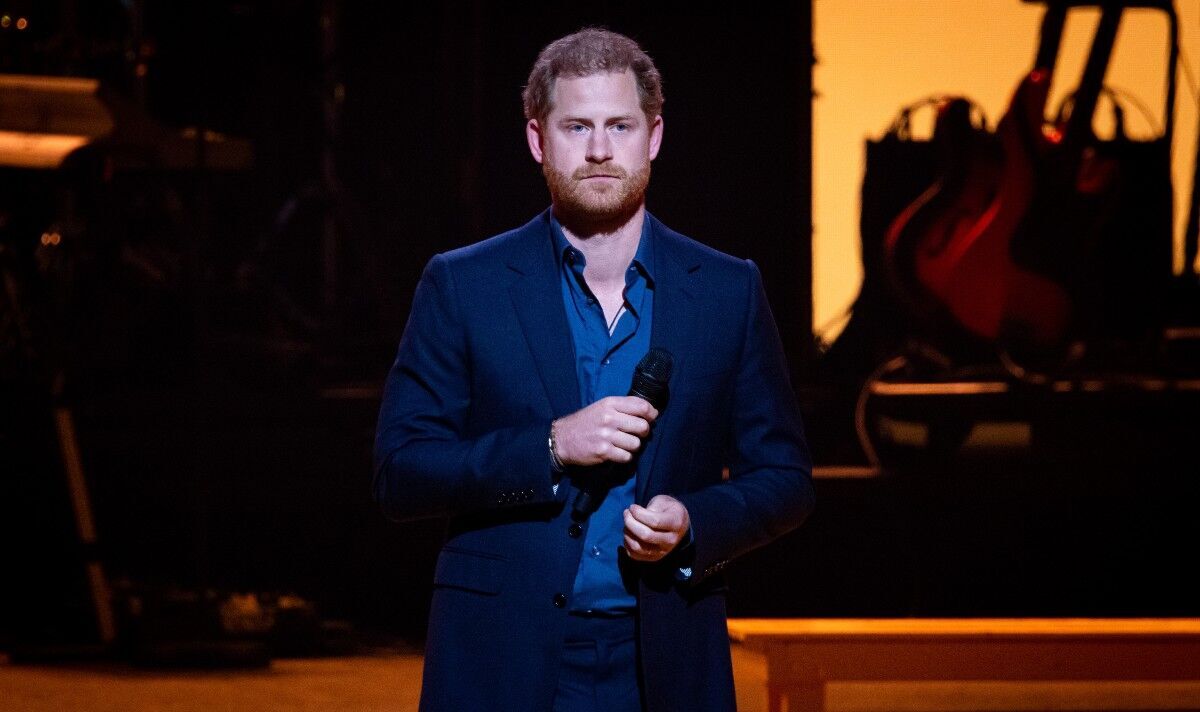 Prince Harry is reported to have sparked fear within Buckingham Palace that the Duke’s return to the UK for the Queen’s Platinum Jubilee celebrations will see a “campaign of chaos” unleashed. Australia’s 60 Minutes recently aired an episode entitled: “Royal family drama threatening to derail the Queen’s Platinum Jubilee” in which royal expert Tina Brown sets out her concerns about what will come from the Duke’s return to the spotlight during his trip home.

Host Liam Bartlett told 60 Minutes Australia: “Tina Brown’ sources tell her the fear in the palace is that there’s a lot of his mother in Prince Harry, and that his trip home will be used as an opportunity to continue his campaign of chaos.

Ms Brown told the programme: “In some ways, I mean, Harry’s taken up the legacy of Diana and seems to kind of lob these grenades at unexpected moments that has everybody completely off form.

“It’s a tragedy I think that he’s gone so off about his family, his emotions rule Harry’s head, there’s no doubt about it.

“There’s a deep resentment in Harry for everything that he’s been through in the past,” continued the royal expert.

“Unfortunately in recent years, it really seems to become directed towards his family, particularly his father.

“Which is actually very sad, I think for Charles who I think did try to do his best in his own way as well.”

The Queen has limited the Trooping The Colour balcony appearance for the Platinum Jubilee to working members of her family, with the Duke of York and Duke and Duchess of Sussex missing out.

Although they will not be on the balcony, Harry, Meghan and their children will attend the celebrations, but it is not known which elements of the four-day Jubilee weekend they could make an appearance at.

Also set to appear for the historic occasion will be Prince George, Princess Charlotte and Prince Louis and the Wessexes’ children Lady Louise Windsor and James, Viscount Severn.

The royals are set to enjoy a six-minute flypast of more than 70 aircraft which will complete the Queen’s birthday parade as part of the Platinum Jubilee celebrations.

‘Her memory is incredible’ Royal chef lays bare Queen’s sharp mind [INSIGHT]
‘Loves it in French!’ Queen sends menu back if chef makes an error [REVEAL]
Platinum Jubilee: How to make your own bunting to celebrate Queen [INSIGHT]

Dozens of aircraft from the Royal Navy, the Army and Royal Air Force will soar over Buckingham Palace on Thursday June 2

The MoD said more than 70 aircraft, including the Red Arrows and aircraft used by the UK Armed Forces on operations around the world, would take part in the flypast.

It will take six minutes to fly over the crowds and is expected to include more than three times the number of aircraft which took part in the Queen’s last birthday parade flypast in central London in 2019.

The flypast will also include highlights from the history of the RAF, including aircraft from the Royal Air Force Battle of Britain Memorial Flight.