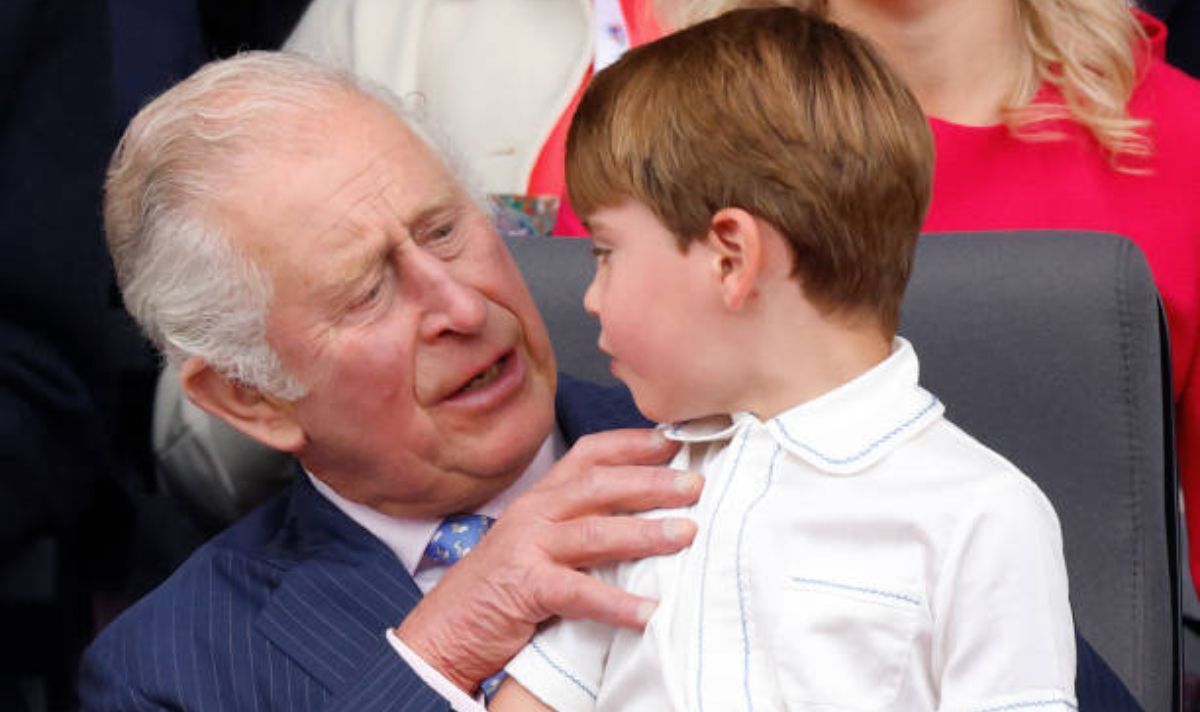 As the four-year-old watched the Platinum Jubilee Pageant on June 5, he left his parents to sit on his grandad’s lap where Charles happily bounced him and pointed out parts of the parade.

A palace insider said that while the Prince of Wales has traditionally been seen as a “remote parent”, seeing this display of affection was “utterly charming”.

The source told PEOPLE magazine: “How utterly charming that was.

“When you consider that he has been said to be a remote parent, to see him do that was charming.”

While they added that the Duchess of Cambridge’s parents Carole and Michael Middleton spend a great deal of time with their grandchildren and are often said to be the more hands-on grandparents, it was “lovely to see his other grandfather enjoying time with him too”.

The bond between Charles and Louis was shown in a touching black-and-white picture released by Clarence House to mark the little one’s second birthday in 2020.

In the shot posted to Instagram Charles cuddles his grandson who also has his arms wrapped around his grandfather, in a moment captured by Louis’s mother Kate.

In another Instagram post of the family shared to mark Charles’s 70th in 2018, the then-seven-month-old Louis reaches for his grandad’s nose, making Charles, Camilla, Prince William, Kate, Prince Harry and Meghan Markle all smile.

The heir to the throne played a prominent role in the Jubilee celebrations as the Queen continues to take a step back from royal duties due to reduced mobility.

“You pledged to serve your whole life – you continue to deliver.”

Royal historian Robert Lacey told PEOPLE: “[The Queen] sees this as a great opportunity for the transition to be visible.”

Author Sally Bedell Smith added: “She is in the saddle, but this gets people accustomed to [Charles’s] future role as King.

“There was a feeling of celebrating the past and anticipating the new era.”