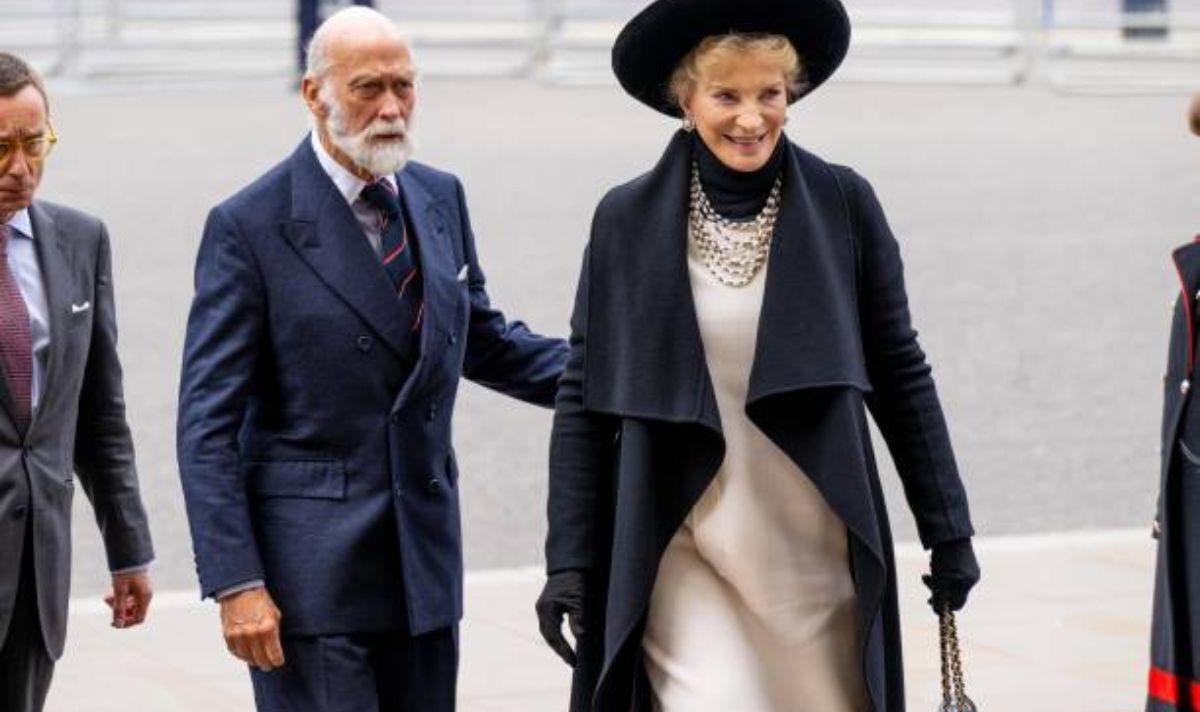 Prince Michael, 79, and his wife Marie-Christine, 77, are reportedly looking to retire from public duties, with an official announcement expected in the coming days.

It is thought their retirement may coincide with the Prince’s 80th birthday on July 4, although this has not been confirmed.

A spokesperson for the couple has not commented on the issue.

Prince Michael is one of King George V’s nine grandchildren, alongside the Queen, and is also a descendant of Tsar Nicholas II.

A fluent Russian speaker, his business connections to the Kremlin came under scrutiny when Putin invaded Ukraine in February.

He has since severed ties with Moscow, handing back a Russian Order of Friendship award and stepping down as patron of the Russo-British Chamber of Commerce.

However, he is believed to have retained his status as ambassador and shareholder of money transfer firm RemitRadar led by ex-KGB officer Sergey Markov, reported The Telegraph.

Despite being officially classified as a “non-working” royal, every year he undertakes over 200 public engagements paid for by his own household.

The Royal Family website states he is “involved in around 100 charities and organisations, including being patron for a large number of these”.

It adds: “The charities vary from reflecting his interest in transport, for example being patron of the Brooklands Museum Trust, to his passion for Russia, including his own charity, The Prince Michael of Kent Foundation, which works to benefit heritage, culture, health and post-graduate business education in Russia.”

READ MORE: Prince Charles shows off his softer side with grandson Louis

Prince Michael is often seen by Her Majesty’s side at key events with his siblings, the Duke of Kent and Princess Alexandra.

His wife was born in the Sudetenland, now Karlovy Vary in the Czech Republic and married him as a divorcee in 1978.