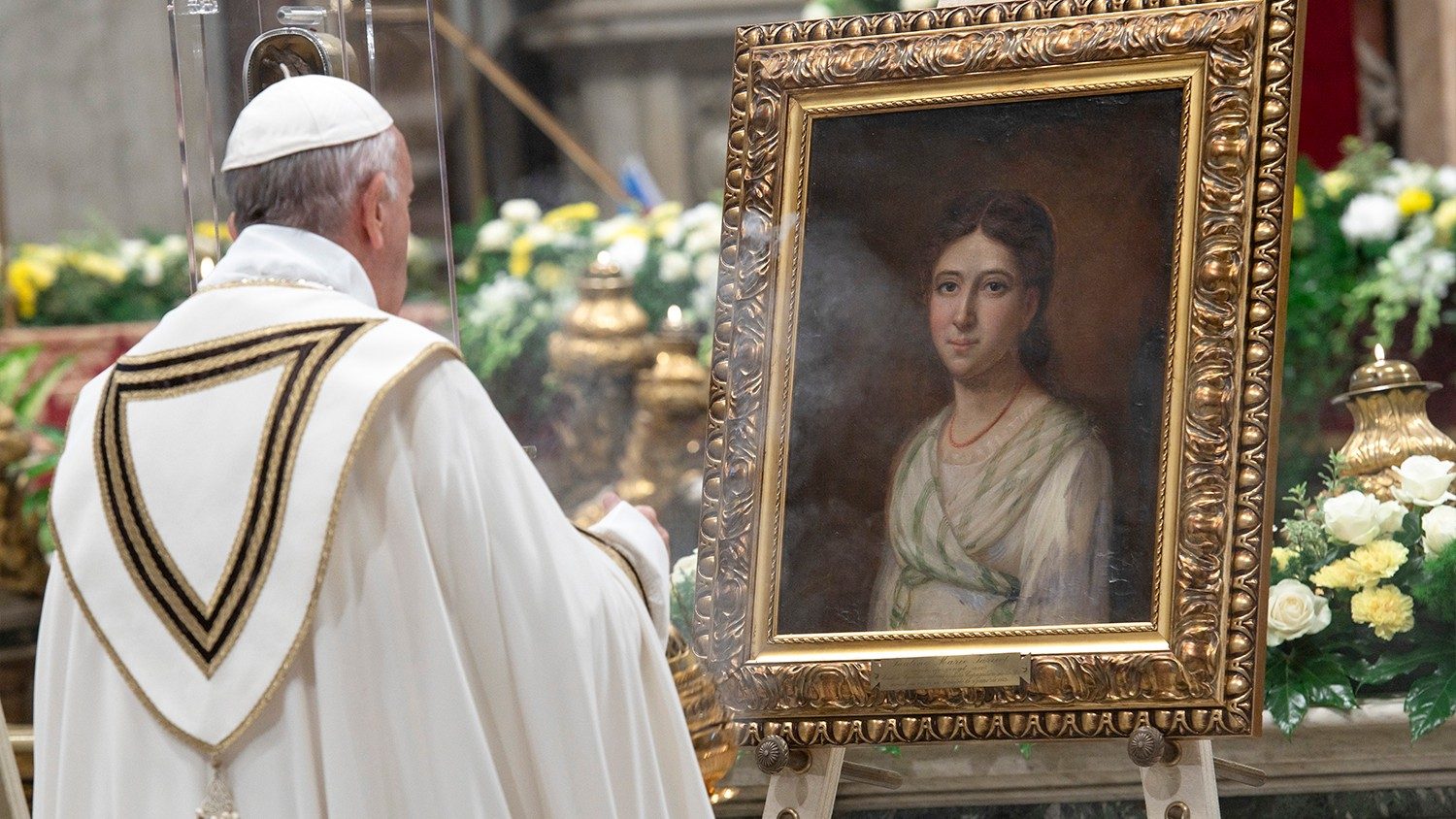 In a message to members of the Pontifical Mission Societies gathered in the French city of Lyon to celebrate the 200th anniversary of their foundation, Pope Francis points to the path traced by Pauline Jaricot for the continuation and fulfillment of their mission.

Pauline Jaricot was a French laywoman who felt the call to missionary life and founded the association of the “Propagation of the Faith” which was approved by Pope Pius VII in 1823.

The Pontifical Mission Society for the Propagation of the Faith, which falls under the auspices of the Congregation for the Evangelisation of Peoples, marks the 200th anniversary …

In his message, the Pope highlights the fact that these anniversaries are part of the celebration for the 400th anniversary of the Congregation De Propaganda Fide, to which the Missionary Works are closely linked and with which they collaborate in supporting the Churches in the territories entrusted to the Dicastery.

The role of evangelization

Propaganda Fide, he notes was established to support and coordinate the spread of the Gospel in hitherto unknown lands, but the evangelizing thrust has never waned in the Church and always remains its fundamental dynamism.

“Therefore, it is my wish that within the renewed Roman Curia, the Dicastery for Evangelization takes on a special role in order to foster the missionary conversion of the Church (Praedicate Evangelium, 2-3), which is not proselytism, but witness: going out of oneself to proclaim with one’s life the gratuitous and saving love of God for us, who are all called to be brothers and sisters”.

He notes that the meeting is taking place in Lyon because it’s where, 200 years ago, a young woman aged just 23 –  Pauline Marie Jaricot – had the courage to found an association to support the missionary activity of the Church.

“A few years later she started the Living Rosary which is devoted to prayer and the sharing of offerings,” he recalls.

Adding that she came from a wealthy family, but died in poverty, the Pope said that with her beatification, the Church attests that “she knew how to store up treasures in Heaven” (Mt 6:19), treasures that are born from the courage of giving and reveal the secret of life: only by giving is it possessed, only by losing it is it found (Mk 8:35).

Every baptized person has a mission

“Pauline Jaricot liked to say that the Church is missionary by nature (Ad gentes, 2) and that therefore every baptized person has a mission,” the Pope writes.

Upholding the service the Pontifical Mission Societies perform “with the Pope and in the name of the Pope,” the Holy Father says this link between the PMS and the Petrine ministry, established a hundred years ago, translates into concrete service to the bishops, to the Churches, to the whole People of God.”

“At the same time, it is your task, according to the Council, to help the bishops open each particular Church to the horizons of the universal Church,” he writes.

Pope Francis goes on to say the jubilees being celebrated and the beatification of Pauline Jaricot give him the opportunity to highlight three aspects that, thanks to the action of the Holy Spirit, have contributed so much to the spread of the Gospel in the history of the PMSs.

First: missionary conversion. The  goodness of mission, he says depends on “the journey of going out of oneself, on the desire not to center one’s life on oneself, but on Jesus, on Jesus who came to serve and not to be served.” In this sense, he points to the example of Pauline Jaricot “who saw her existence as a response to God’s compassionate and tender mercy and channeled God’s mercy on the streets of the world.”

Second: prayer. Only through prayer, the Pope continues, is this possible as it is “the Spirit of the Lord who precedes and enables all our good works.”

Finally: the concreteness of charity. Together with the prayer network, the Pope concludes, Pauline initiated a large-scale collection of offerings accompanying it with information about the life and activities of the missionaries. The oblations of so many simple people, he says, were providential for the history of missions.

Pope Francis ends his message expressing his wish that all the members of the PMS General Assembly “walk in the furrow traced by this great missionary woman, letting yourselves be inspired by her concrete faith, bold courage, and generous creativity.”