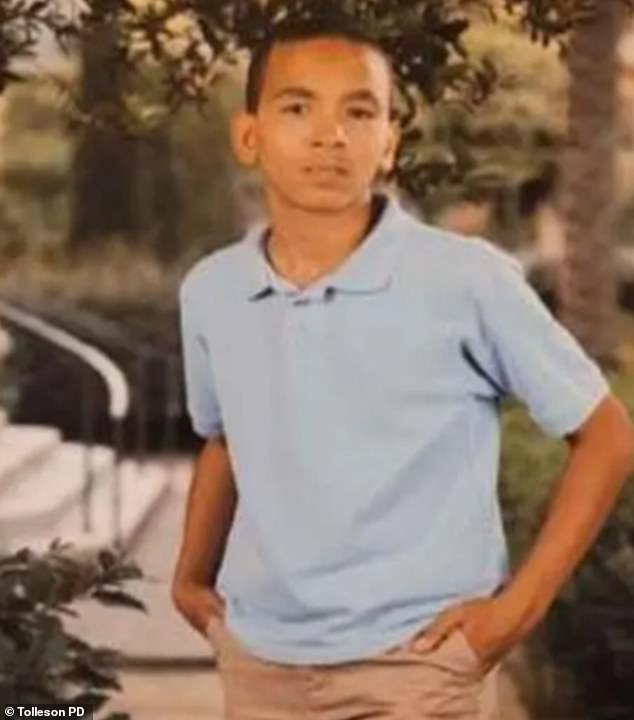 A desperate search has been launched for a 12-year-old boy in Phoenix after he was last seen playing basketball with a friend after school six days ago.

Mathew Dubose was last seen on May 11 after playing ball with a friend around 5.30pm after finishing up his day at Arizona Desert Elementary.

Video of the pair playing was captured by a doorbell camera from a house nearby.

‘This is my living nightmare,’ the 12-year-old’s mother, Monique Triplett DuBose, said in an interview with Fox 10 Phoenix.

‘You don’t expect yourself to be in this position. Any mother who deals with this knows exactly what’s going through my head. There aren’t even words to describe it, they feel the heartbreak,’ she added.

The 12-year-old is believed to be approximately five-foot-seven-inches tall, and frequently wears glasses, although he also wears contact lenses.

He has brown eyes, brown curly hair, and was last wearing his school’s uniform – a combination of a light- blue polo shirt and khaki shorts. He was also sporting black Nike shoes and is often seen carrying a black backpack, according to a missing person’s bulletin provided by the Tolleson Police Department. 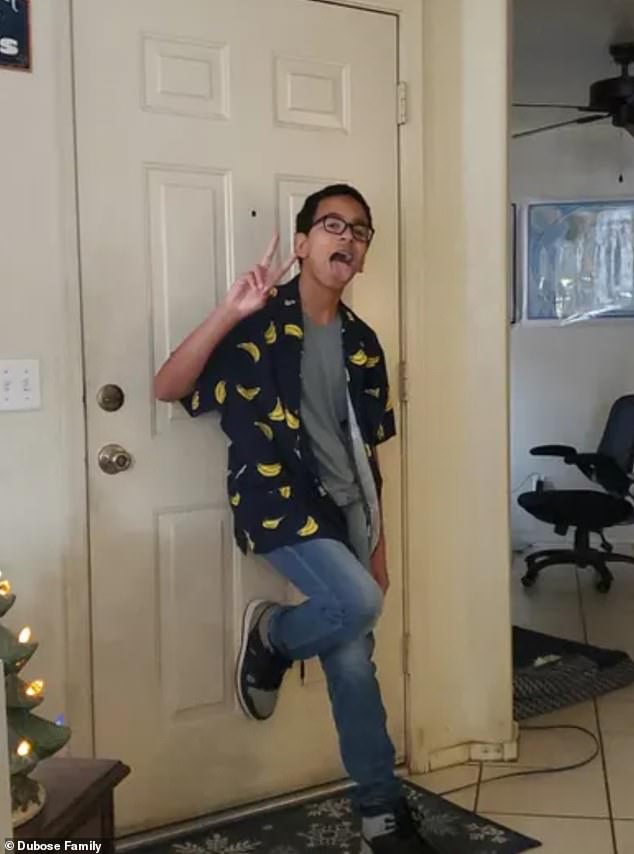 Dubose is said to be around five-foot-seven-inches tall, and frequently wears glasses, although he does wears contacts often. He also has brown eyes and brown curly hair 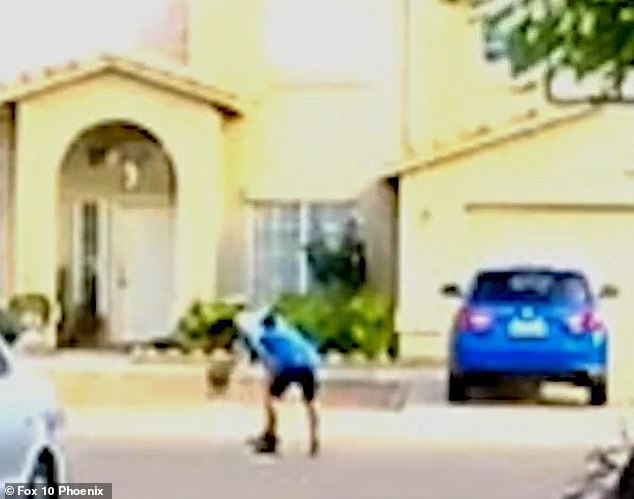 Right before he disappeared, Mathew was seen at a friend’s house in the area of Amberlead, playing basketball on May 11 at around 5:30, according to footage provided by a doorbell camera near the missing person’s friend’s house 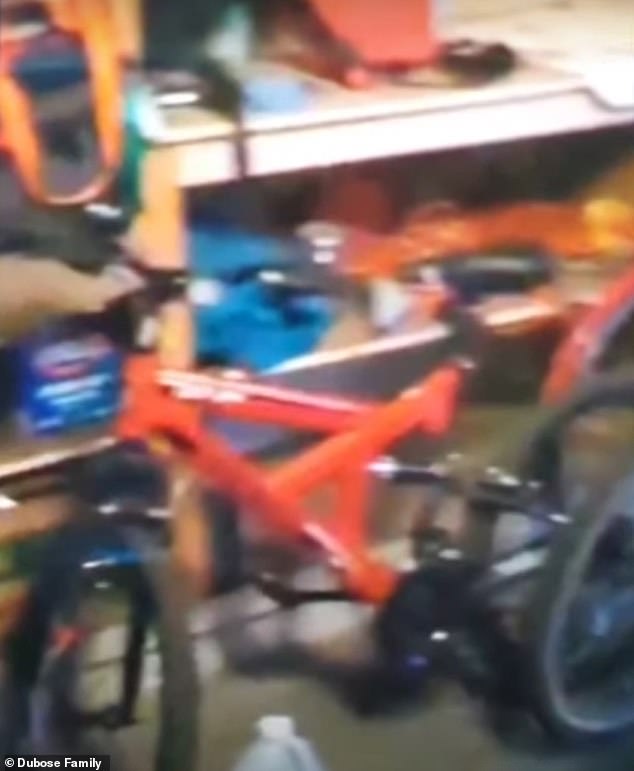 One of the best ways to identify Matthew is by recognizing his black and red bike, which he received at Christmas, which he frequently rode to school

In a statement on Saturday, Tolleson Elementary School District Superintendent Dr Lupita Ley Hightower said: ‘We are deeply concerned for Matthew’s safety and are doing everything we can to assist in the search.’

The boy’s mom, Monique, said she has spent every minute in the last six days searching for her son at nearby locations she thinks he could be in.

She added that he has ADHD and that he can sometimes act impulsively.

Dubose has previously ran away from home for 13 hours although it’s unclear how long ago that incident was and what was the reason behind it.

‘It’s not easy,’ Monique said of her son’s disappearance. ‘At night, it’s worse.’ 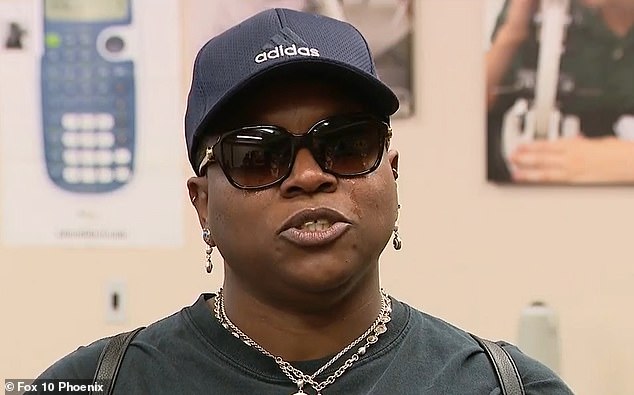 Monique Triplett Dubose, Mathew’s mother, is begging for her son to come and says that his ADHD condition might have been a factor in his disappearance. Mathew previously ran away from home once for 13 hours 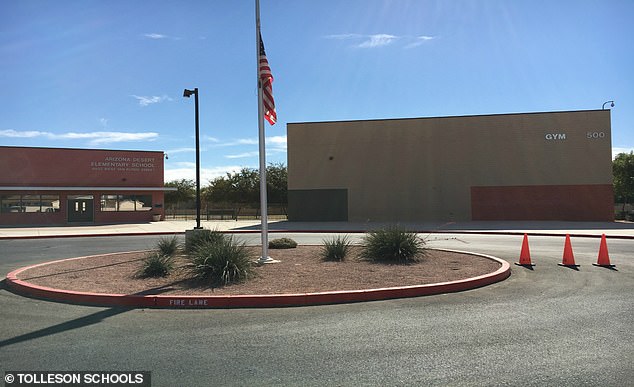 Arizona Desert Elementary School, where Mathew was last seen and where efforts were raised on Sunday to organize a search throughout the town, just 20 minutes west of Phoenix

However, a show of solidarity on behalf of the local community has given her hope as the school assembled enough people to organize a search throughout the suburb of 5.734 square miles and 7,340 residents.

‘It’s overwhelming,’ Monique said. ‘I grew up on that saying “It takes a village to raise a child.” And I just saw my village.’

She added that one of the best ways to identify Matthew is by recognizing his black and red bike, which he received at Christmas.

Dubose has also been off the grid from social media and is said to not have logged in to any platforms where he plays video games on.

‘And I don’t even know if he’s even near a TV or anything. Just, baby come home. Just call me, he knows my number by heart. Call me. Come home. Say something. Just say “Mama I hate you,” something,’ Dubose’s mother pleaded to her son while on the verge of tears.