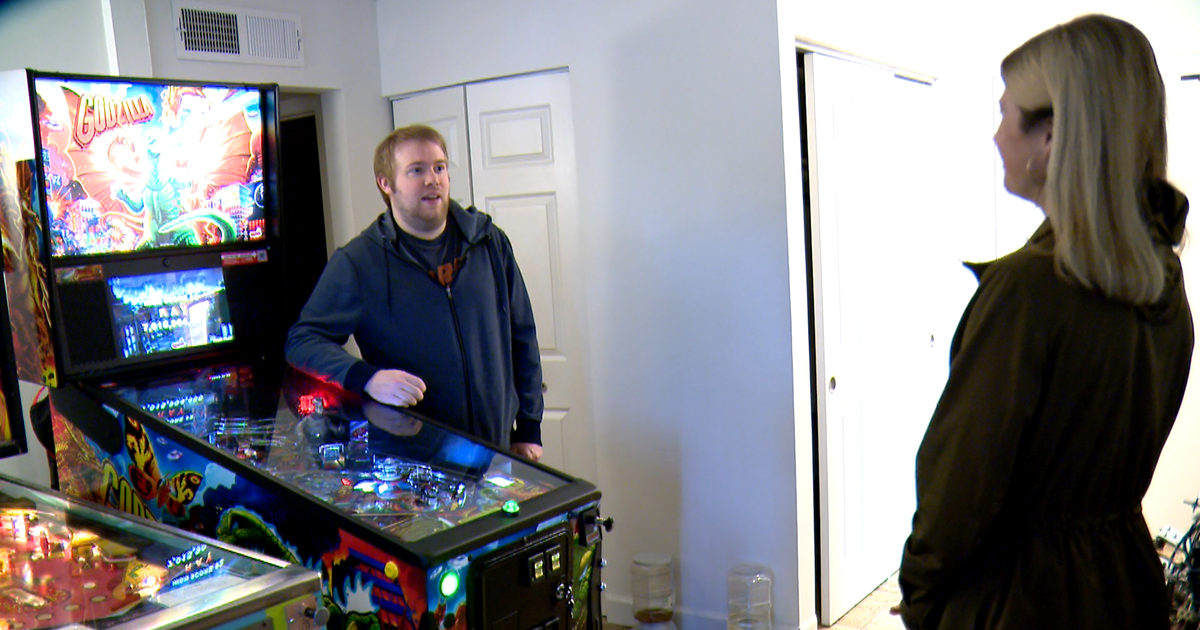 ELK GROVE VILLAGE, Ill. (CBS) — After a three-year pandemic hiatus, the World Pinball Championship is back this week in Fort Myers, Florida.


CBS 2’s Jackie Kostek visited Elk Grove Village to meet the local who is currently ranked number one in the world.


Raymond Davidson’s love for the game of pinball started well before he was tall enough to reach the flippers.


“I started in my grandparents’ basement. My grandpa had a game called Pioneer. It was 1976 electromechanical game and my dad showed me whenever I went over to visit grandpa – you know, this is pinball! This is what I played in high school. This is how you play it,” Davidson said, “and I just like fell in love with it. And other grandkids would be playing in the swimming pool and I’d be in the basement playing pinball trying to beat my dad’s high score.”


Now 29, you’d be hard pressed to find a high score not recorded by Davidson.


“A couple years ago, I won the world championships and that gave me so many points that it actually put me to number one,” he said.


Ranked number one by the International Flipper Pinball Association, Davidson has won the world championship twice, competed in Europe and the U.S., and will look to defend his place atop the rankings this week at the World Pinball Championship.


Davidson says preparation for Worlds isn’t so much physical but mental.


“If you’re switching between modern games and classics games you kind of need to set your brain in the right space where it’s like, OK, now I’m playing older games, so now I’ve got to be able to save balls in these kinds of ways – or I’m playing a modern game with more than one ball in play with lots of jackpots,” he said.


Every game has a different set of rules, and Davidson says he doesn’t always know the games he’ll be playing ahead of time.


“At first, it’s very nerve-wracking because you don’t want the ball to immediately get drained – which is referred to as a house ball – and you’re just kind of paranoid that like, it’s going to go immediately and you’re not going to get a chance to do anything,” he said. “But then once you start hitting a couple of shots and getting some ball time, then you can start flowing and as you’re playing. You get the timing dialed in so where before you might be missing a ramp, now every time you can just hit it and you can just keep going and going. You feel pretty unstoppable.”


Watching Davidson in action is a lesson in the levels of pinball – the complexities of the game you’d never see without the skill to get there.


Davidson said the most he has ever won competing in pinball was $7,600 for finishing second at Pinburgh – the big tournament in Pittsburgh – and a new pinball machine which he won in Denmark.


And you could say pinball in Davidson’s life. He also writes software for a company called Stern Pinball.

Jackie Kostek is reporter and anchor, covering both news and sports for CBS2 Chicago