Comedian Kendrick Mulamwah is on cloud nine after securing his dream radio job at Milele FM. The jester has taken to his social media to announce the good news to his fans; adding that it was always his dream to get a radio job. He also thanked his fans for supporting him;

”God is great, finally on radio-milele FM. It has always been my dream to one day be on radio. Thanks to all konki fans who always believed in me and supported me in my craft from scratch.”

Mulamwah continued with an encouraging message to his fans;

”To everyone else out there, always do you. It doesn’t matter what people say or think about your art, just focus and give your best and let God work on the rest. Hoping for the best & longetivity in this career. Tune in Monday-Friday 1 pm-4pm & experience Mulamwah in a whole new dimension. Blessings ❤. I love yah team konki.👌” 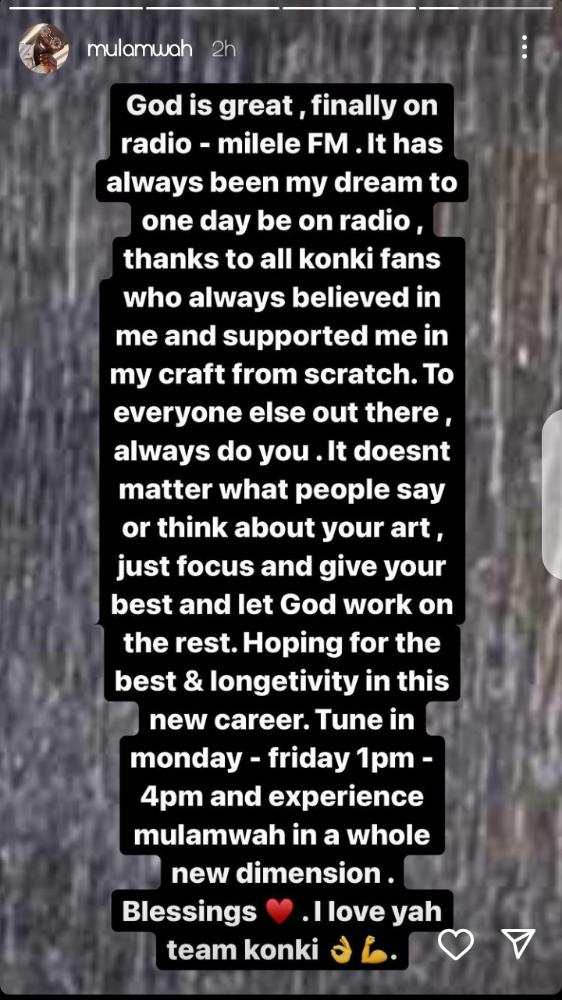 Just like other comedians including MCA Tricky, Jalang’o, Oga Obinna; Mulamwah has now joined the league of comedians who have gotten radio jobs because of comedy. He has received numerous congratulatory messages on his page from fellow celebrities. Congratulations are in order for Mulamwah.