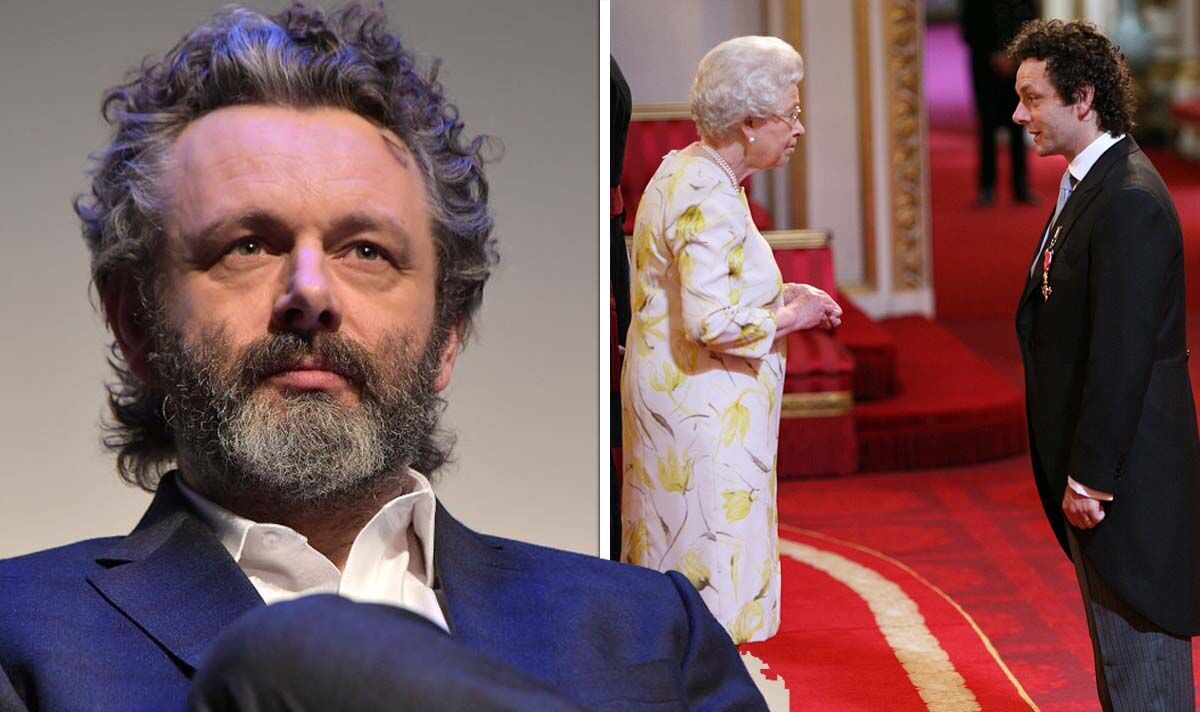 The Welsh actor is back on screens this evening as he stars in ‘The Queen’, an Oscar-winning historical drama featuring Helen Mirren as Queen Elizabeth II and Michael Sheen as former prime minister, Tony Blair.  Set in 1997, the film follows the crumbling of old-fashioned royal protocol as the Royal Family struggles to acknowledge the nation’s unprecedented outpour of collective grief following the tragic death of Diana, Princess of Wales. ‘The Queen’ was the second film in British screenwriter Peter Morgan’s trilogy which earned him nominations for both a BAFTA award and an Emmy.

Sheen has carved out a successful and lucrative acting career, and was even honoured with an OBE for his services to drama in 2009.

He was presented with the award by the Queen, and has since revealed that Her Majesty has a subtle tactic for letting people know when their interaction has run its course.

Appearing on the BBC’s Graham Norton Show in 2009, Sheen described his meeting with the monarch, admitting that nerves may have got the better of him while trying to remember all of the etiquette rules for meeting royalty.

He said: “You get in front of the Queen and there’s all these rules and the etiquette — you must never turn your back on the Queen and all this kind of stuff.”

He then described how an aide stands beside the Queen to remind her who’s who and said: “She comes up, comes forward to put the medal on you. And then she said: ‘So what are you doing next?’”

After a quick chat about his then-upcoming role in the 2010 movie ‘The Special Relationship’, the actor said Her Majesty was ready to move on to the next person.

He continued: “She must meet so many people, presumably a lot of people get a bit rabbit in the headlights with her.

“So she does this thing where she shakes your hand and then when it’s time to go, she just kind of shoves you away.”

The actor decided not to announce his decision at the time, fearing some may find it insulting.

Three years later, during an interview with Owen Jones, a newspaper columnist and podcaster, Sheen revealed the reasoning behind the return, explaining: “Raymond Williams famously wrote a piece called Who Speaks For Wales in 1971 — and I took that as my starting point for the lecture as in who speaks for Wales now?

“And in my research, to do that lecture, I learnt a lot about Welsh history.

“I wanted to do the lecture so I gave my OBE back.”

Mr Sheen said he meant “absolutely no disrespect” in returning the OBE, and that he had felt “incredibly honoured” to have received it, noting it had helped his career both inside and outside of acting.

He added: “I just realised I’d be a hypocrite if I said the things I was going to say in the lecture about the nature of the relationship between Wales and the British state.”

The actor has called on the Royal Family to end the centuries-old practice of handing the title of Prince of Wales to the heir apparent to the English throne.

He is not the first prominent figure to return or refuse honours from the royals, the list includes: musicians John Lennon and David Bowie; the actors Jim Broadbent, Dawn French and Jennifer Saunders; the playwright Alan Bennett and the celebrity chef Nigella Lawson.

Watch Michael Sheen in ‘The Queen’ on ITV3 at 7pm tonight.