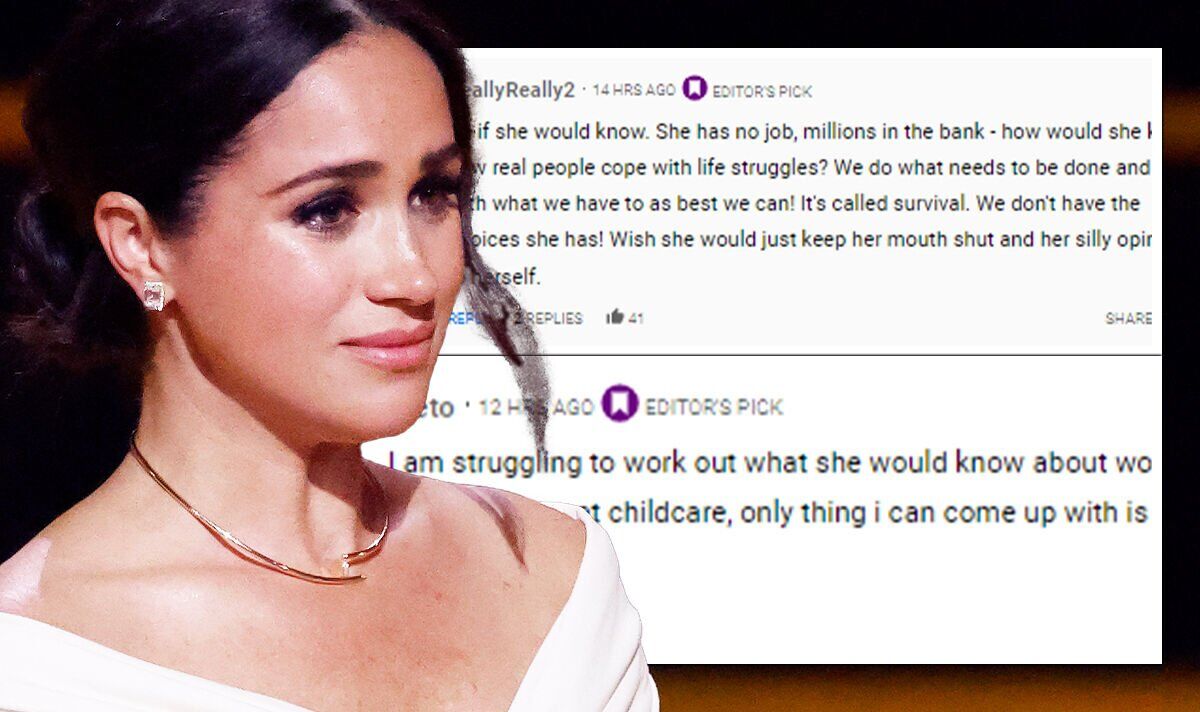 Many commenters questioned what the 40-year-old royal would know about the subject. This came after Meghan Markle spoke out on behalf of working mums, joining forces with the Marshall Plan for Moms. The Duchess collaborated with the campaign group to announce a “National Business Coalition for Child Care” – an effort to expand child care support for workers.

The Marshall Plan for Moms is a non-profit organisation that advocates for policies financially benefiting working mothers in the wake of the pandemic.

Making the announcement, Meghan said that working mums are “asked to shoulder so much”, something which she said has been “heightened by the pandemic”.

But many people hit out at the Duchess for her latest endeavour, questioning her experience as a working mum.

One Express.co.uk reader, Meto, suggested that she was jumping on a bandwagon, saying: “I am struggling to work out what she would know about working mothers or struggling to get childcare, only thing I can come up with is ‘just another bandwagon'”.

Another reader, nicknamed ReallyReally2, agreed, writing: “As if she would know.

“She has no job, millions in the bank – how would she know how real people cope with life struggles?

“We do what needs to be done and deal with what we have to as best we can!

“It’s called survival. We don’t have the choices she has!”

“Most mums are overworked because most husbands won’t do half the housework and half the childcare if they are both in full-time employment.”

Risensun wrote: “That’s admirable proud of you and your girls”, while another user said: “You go, girl! Hats off to you!”

Speaking about the move, Meghan had said: “Families everywhere, and especially working moms, are asked to shoulder so much.

“This has only been heightened by the pandemic, with increased caregiving responsibilities, rising prices, and economic uncertainty.

“As it’s been said many times, it takes a village to raise a child.

“Creating a stronger workforce starts with meeting the needs of families.”