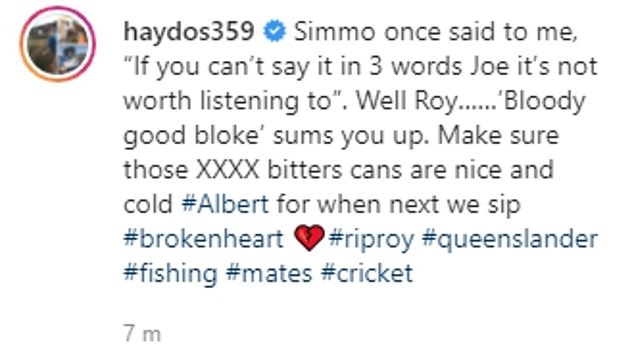 ‘Simmo once said to me, ‘If you can’t say it in 3 words Joe it’s not worth listening to,’ Hayden wrote to Instagram on Sunday night.

‘Well Roy……’Bloody good bloke’ sums you up. Make sure those XXXX bitters cans are nice and cold for when next we sip’

He closed out the message with the hashtags #brokenheart and #riproy. 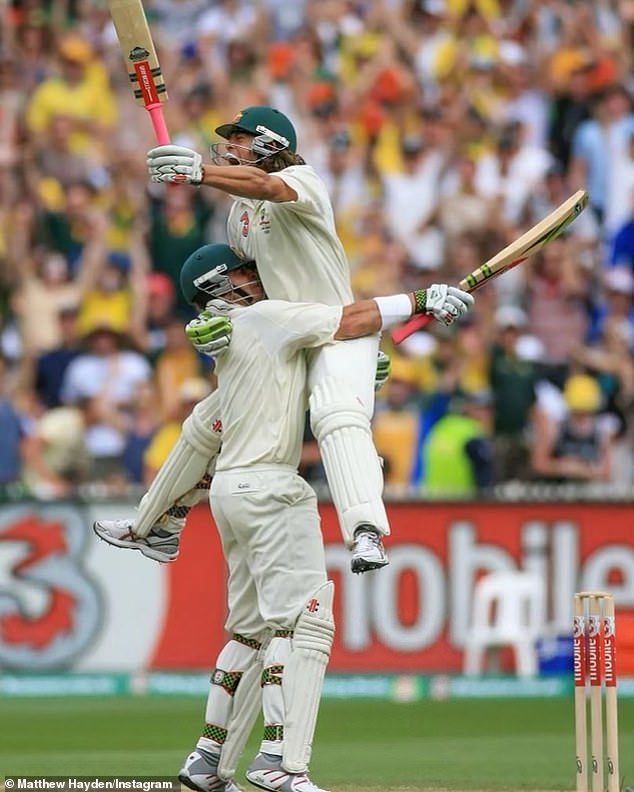 Andrew Symonds (pictured at back) jumps into the arms of his batting partner Matthew Hayden (pictured front) after Symonds made 100 runs against England at the Melbourne Cricket Ground on December 27, 2006

Symonds died when his car left the road about 11pm on Saturday night near his home in Townsville in Queensland.

For many of those highlights opening batsman and fellow Queenslander Hayden was by his side.

Hayden, who is currently in India where he is commentating on the Indian Premier League was woken early on Sunday with the news.