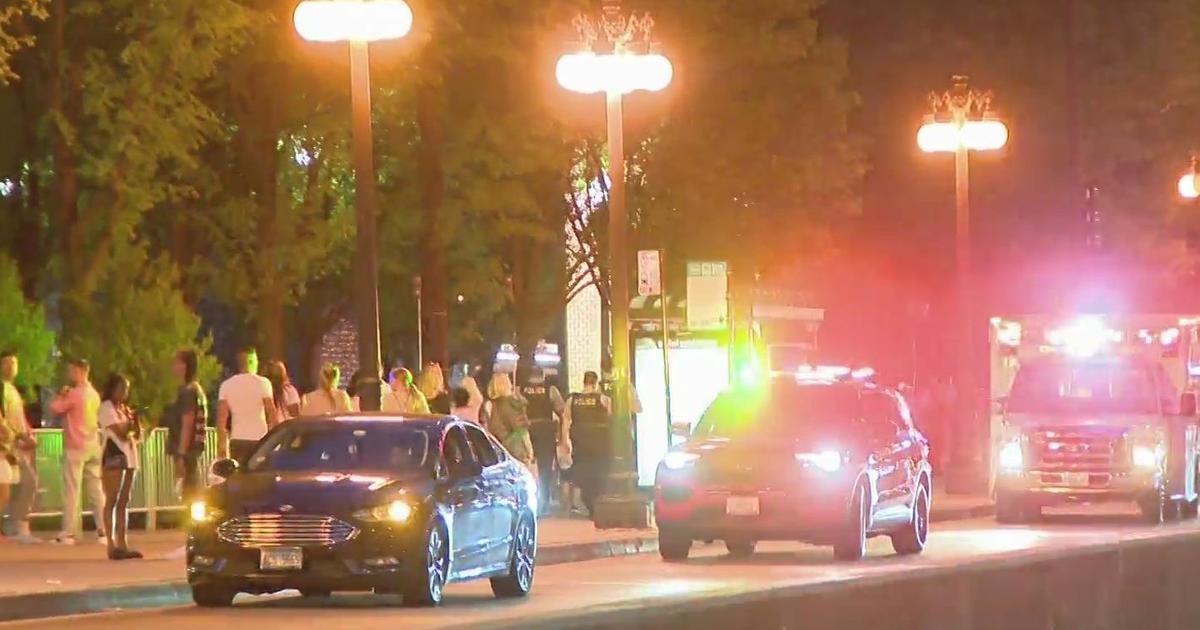 CHIICAGO (CBS) — Marion Richardson, a 17-year old from Chicago, is being held on a $250,000 cash bond in connection with the shooting death of Seandell Holliday at Millennium Park on Saturday.

Richardson is charged with one count each of second-degree murder, aggravated battery, and aggravated unlawful use of a weapon. Richardson was to start a summer job at a restaurant this week, his defense attorney said Monday.  Richardson lives with his 21-year-old brother. His mother lives out of state and his father is deceased. Richardson would have to pay the entire $250,000 to be released from jail.

Video has been circulating online appearing to show a scuffle moments before Holliday was shot in the chest just steps away from the popular tourist attraction known as The Bean. At minimum, crowds of teens in Millennium Park that night were in the hundreds

At the court hearing, prosecutors said Richardson went to Millennium Park with this girlfriend. Groups of teens were gathered there for a “trend” that was advertised on social media.

An argument began between Richardson and another group that included Holliday. As Richardson’s girlfriend began to get him away, Holliday jumped on Richardson’s back and punched him in the head. Another male then hit Richardson again. At this point, prosecutors said, Richardson took out a handgun and shot Holliday in the chest.

Richardson, who was wearing a bright yellow sweatshirt, immediately ran from the area along with many of the other people who were also present in the park.

Police said Richardson was found just moments afterward, about a block away on Michigan Avenue.  Police said they recovered the gun used in the shooting from Richardson. That gun, loaded with seven hollow-point bullets, included a laser attachment and an extended magazine.

When he was arrested, prosecutors said, Richardson told police, “100 n—–s walking towards me, what was I supposed to do? Y’all just sitting there bro.”

A day after the shooting and chaos, Seandell’s family held a vigil for the slain teen in the Roseland neighborhood.

Vondale Singleton was Seandell’s mentor through Champs Mentoring. He once had Seandell write down a list of goals, and said one of the boy’s goals was simply living to the age of 21.

Meredith Barack is a general assignment reporter. She joined CBS2 Chicago in September 2020.