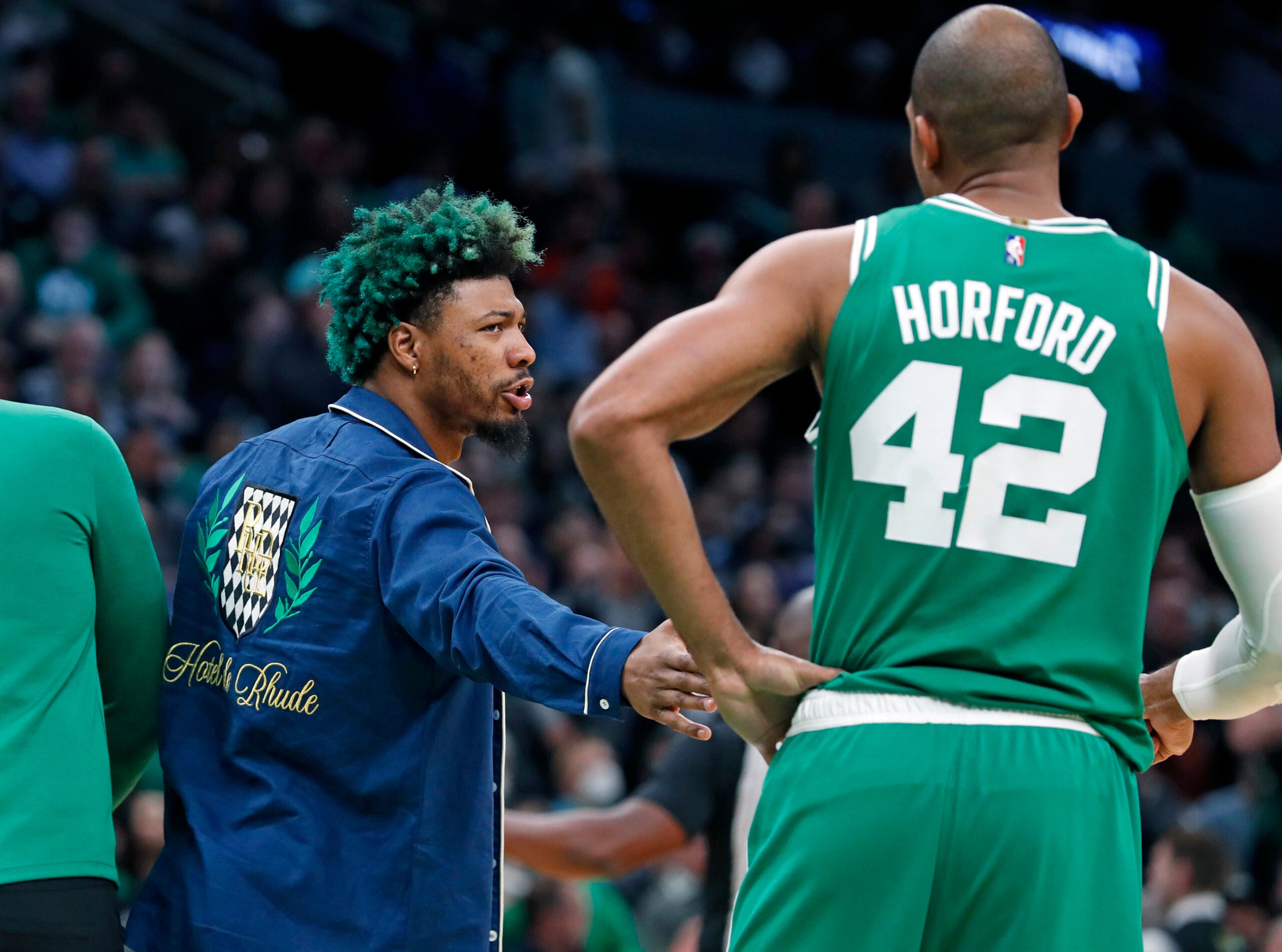 The Celtics knew they might be without Marcus Smart for Game 1 of the Eastern Conference finals against the Heat, but on Tuesday they received devastating news: They also will be without Al Horford.

Horford, who entered health and safety protocols for the third time this season, was a late and unexpected scratch. Smart underwent treatment for a mid-foot sprain, which he suffered against the Bucks in Game 7 on Sunday, and the team ultimately decided to hold him out.

“He tested it out a little bit here and we hope he’s better but there’s still some soreness there, some swelling still,” Udoka told reporters at shoot around before Smart was officially ruled out.

Horford will now need to register multiple negative tests, which means he will likely miss Games 1 and 2. That makes Robert Williams’ return particularly crucial — Williams missed time with knee soreness against the Bucks, but he was dressed and available for Game 7.

Udoka said Williams will not have a minutes restriction.

“I’m always going to be a little bit cautious with guys coming off a layoff without touching the court, but it’s a little bit different starting a new series as opposed to being injected into a Game 7 or Game 6 or whatever the case was before,” he said on Monday. “But he’s available, looking better every day, and getting more confident in that.”

The Celtics had a net rating of +2.2 with Horford, Smart and Dennis Schröder (who, of course, was traded at the deadline) off the floor this season, per Cleaning the Glass. Horford’s defense tracked among some of the league’s best by many advanced metrics, and he was expected to play an enormous role against Heat big man Bam Adebayo. That matchup will likely now go to Grant Williams, who can match Adebayo’s physicality. Adebayo did not score in the 4:42 he was guarded by Williams this season, per the NBA’s matchup data.

The Celtics do still have Derrick White, who will slot in for Smart. Payton Pritchard will likely receive more minutes as a result as well.

The Heat will be without Kyle Lowry, who is dealing with a hamstring injury.