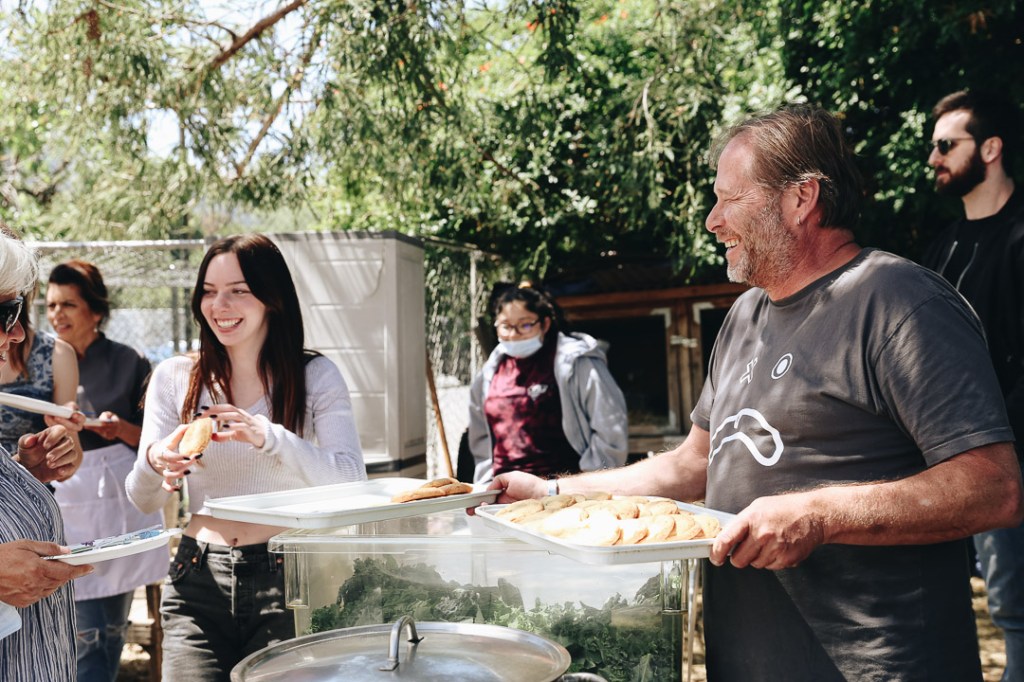 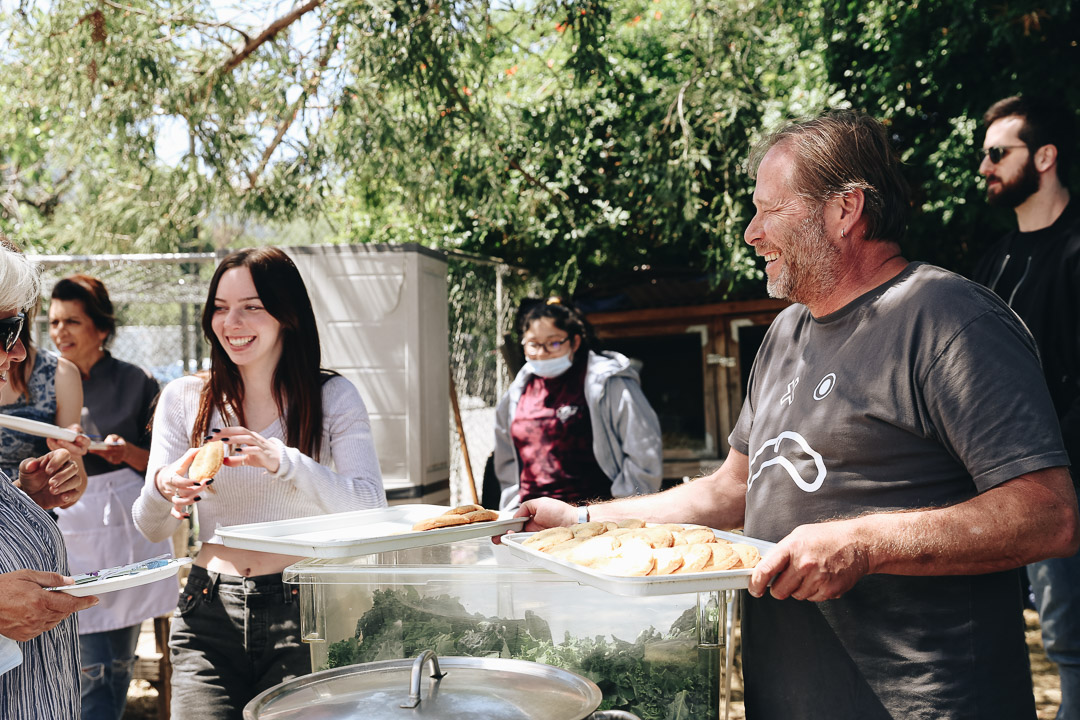 “Two of the most water-intensive operations are restaurants and wineries,” Kinch told a group of Los Gatos High School students at a recent gathering in the school’s bountiful garden. “It’s because we need to keep surfaces clean throughout the food preparation process.”

When Kinch learned about the produce students were growing in the LGHS garden, specifically fava beans, he created a special dish around them. In exchange, Kinch’s Los Gatos restaurant supplies the young gardeners with compost from Manresa’s food and veggie scraps.

Kinch had come to the garden to cook a meal from braising greens for the teenagers, all of whom have a garden plot that they plant, tend and harvest as part of lab credit for their agroecology class.

The garden has been part of the high school campus since the 1920s, initially under the auspices of 4-H and then the science department, according to Philip Rosenblum,

who has been teaching biology and chemistry at LGHS since 2006. He began teaching the agroecology class seven years ago.

“Each student gets a 5-by-10-foot plot in which they plant flowers and vegetables,” Rosenblum said. “They get to experience the lifecycle of plants, from seeds to seedlings to harvest, and understand what is involved in growing food and keeping plants alive.

“A lot of the kids aren’t used to eating vegetables,” he added. “About half of the class is taking home food to share with their families.”

Rosenblum said the class has grown from 24 to 72 students over the last few years.

“It’s really neat to see kids that are not academically connected suddenly showing off their pea plants,” he added.

Whether shelling, snap or snow, peas are popular, as are heirloom varieties of tomatoes. Most plots sported a couple tomato plants, and for the past five years, the students have produced enough extra seedlings to offer to the school’s faculty. More than half of the teachers have accepted them.

Rosenblum said most students tend their plots two to three days a week, and about a third come after school as well.

“I give extra credit for carrots and potatoes, as they are harder to grow,” he added. “Since working with Manresa, they are motivated to plant what the restaurant can use. Some kids had never seen a radish before.”

During the demo, Kinch turned on a portable electric induction burner he’d brought with him to prepare the meal, explaining how much more efficient this type of cooking device is compared to gas.

“When you use gas, half the energy literally goes into the air, increasing the heat in the kitchen,” Kinch said. “Induction burners like this one are great because they only deliver heat to other metal, like this pan. They heat up instantly and put all the energy into cooking. This is the future.”

One student asked Kinch how he broke into the culinary world. The chef said food is very much a part of the culture in New Orleans, where he grew up.

“I started working in a kitchen in high school and fell in love with the whole atmosphere,” he added. “You are part of a team and no matter what, when the clock hits 5:30, it’s showtime. It’s hard to match the energy and the excitement. I love working with my hands and creating things and getting immediate feedback. Just dive into it and the more you learn, the more you appreciate it.”

Gardening may be a meditative and solitary act for some, but producing food for others to enjoy is a farmer’s delight.

“If I can just get half these students to plant their own gardens at home,” Rosenblum said, “I’ve succeeded.”