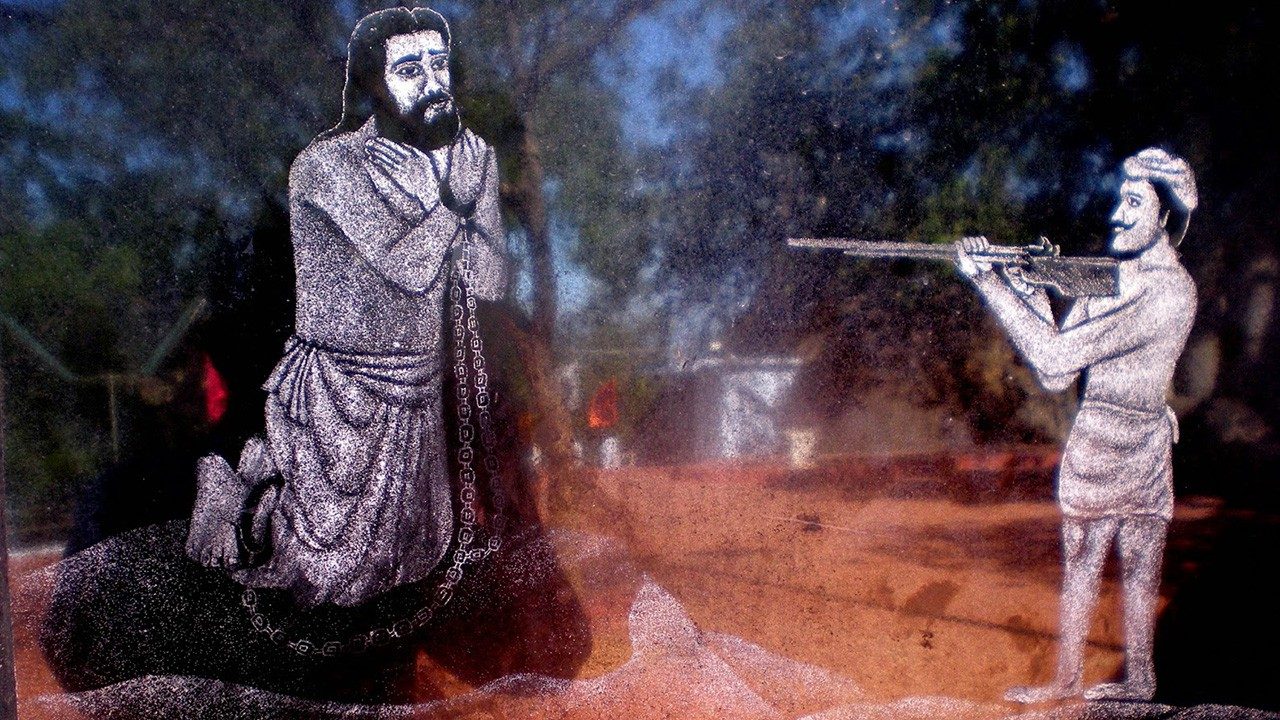 A Hindu-born man from Kanyakumari district in Tamil Nadu, who converted to Christianity in the 18th century, Lazarus Devasahayam is set to become the first Indian layman to be declared a saint on 15 May 2022.

Devasahayam, who took the name ‘Lazarus’ in 1745, was first approved for sainthood in February 2020 for “enduring increasing hardships” after he decided to embrace Christianity.

As the postulator for his cause, Father Joseph Elphinstone told Vatican Radio that Devasahayam is a poignantly significant figure for India today, as he embodies a model of fraternity and recognition of the dignity of all persons, regardless of religion or of social standing.

In fact, Fr Joseph explained, born to an upper-caste Hindu family, he embraced Christianity and championed the rights of India’s lowest castes preaching the equality of all people despite rigid caste differences. But first, he emphasized, this canonization is a high honour for the laity that is increasingly involved in the life of the Church and its people.

Father Elphinstone explained that this is a significant time for the Catholic Church in India, “a vibrant Church that is growing and is moving towards the laity,” a laity that is becoming more and more involved in different activities and is, in fact, “the centre the Church is trying to serve.”

Blessed Lazarus Devasahayam of India and 6 others will be officially declared saints at a canonization Mass and ceremony in the Vatican on May 15, 2022.

So, to have a layperson “being honoured and elevated to the highest rank is the best and highest honour we can give to the laity,” he said.

The fact that Devasahayam was able to do great things, contributing to the Church, to the community and to the people is being transmitted to Indians today, he continued, and thousands of people are flocking towards this saint.

He is a saint who is very concerned about people, “their problems, their worries, their differences, their cultures,” he said.

“So, it’s going to be a great beginning. He has left a great legacy for the Indian laity.”

A champion of equality

Lazarus Devasahayam has also left a great legacy in the field of rights, of equality, as he – a Hindu upper-class man who preached equality despite caste differences – was close to the marginalized as he followed the Gospel of Christ.

Father Joseph explained that “many may think that he was killed, martyred, just because of his conversion,” but that is not the case because in the kingdom of Travancore where he served and converted to Christianity, “the king himself built a small chapel for him, he appointed and paid for the chaplain,” and he worked alongside the Carmelite missionaries who were working there.

“What was not tolerated was that being a high caste man, he had no barriers after he became a Christian” and he forged ahead following God’s Word that all His children are equal.

For him, Father Joseph said, there was “no barrier, no difference, no high and low, no rich and poor, no class caste.”

“His life became something which they couldn’t tolerate and that made them kill this saint.”

Devasahayam and a synodal Church

Devasahayam is particularly significant in today’s context, Father Joseph continued, also because he is totally in line with Pope Francis’ call to undertake a synodal process of collaboration, dialogue, listening, discerning.

Until now, he said, “we were not giving much importance to listening to the voice of the lower and the laity and the ordinary people. Now, this saint has given a new inspiration,” in this regard.

He pointed to the fact that every parish, every deanery, every diocese has started talking about what is the spirituality of this great saint; they have started conducting seminars, sitting together and having dialogues.

“And they would like to start a new centre where lay spirituality can be promulgated,” he noted: “So these are all new beginnings!”

What’s more, he continued, “he calls us also to listen to other religions, to different denominations – all of us together – not like simply our own people, our own Catholics, our own group.”

India today, Father Joseph said, needs to reflect on how to make a change. The caste divisions, he said, “are like cancer” in Indian society.

“We need to explore very much, reflect with him and promulgate the great values for which he lived and he died.”

A proud moment for the country

“It’s a proud moment, not only for the Tamil people, not only for Catholics in India,” Father Joseph said, but for everyone as witnessed by the fact that the government is sending three ministers to the canonization ceremony in Rome.

Indians, he said, have waited 270 years for this moment and they are celebrating with joy. In fact, he added, it is significant that, because of the conversion dimension involved, the canonization could have been instrumentalized by those who foster division. But happily, he said, “By God’s grace, we are having a peaceful coexistence and we are having a happy celebration.”

“We don’t wish that this saint, who worked for peace and unity, may become a symbol of division, jealousy and rivalry.” Father Joseph said the Indian Church’s perspective and focus is not on the conversion, but on the good values he lived and gave expression to.

Almost 6,000 people have applied for visas to travel to Rome for the Canonization. They are coming from India, Europe and the United States, Father Joseph concluded, expressing his personal sense of satisfaction and joy that his country has a saint who can become a symbol of bridge and communion.

“A unifier, a great person who can help everybody to respect other people and other religions, going beyond all divisions and showing us how to journey together towards a better life.”