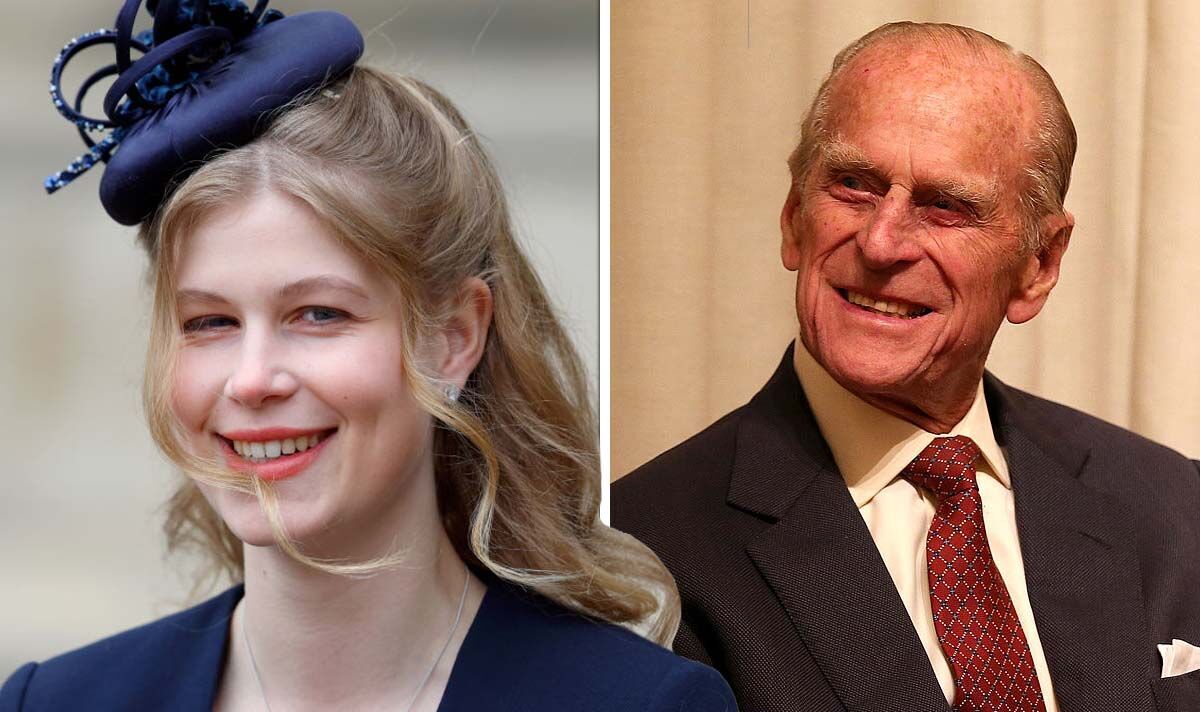 The Queen’s youngest granddaughter led a parade during the second day of the Royal Windsor Horse Show. In a discreet tribute to her late grandfather, Prince Philip, the teenager drove the carriage and fell ponies that once belonged to the Duke of Edinburgh. Lady Louise shares Philip’s passion for carriage driving, and the prince would often attend his granddaughter’s equestrian events.

Philip was pictured proudly watching his youngest granddaughter compete in the Private Driving Singles carriage drive during the Royal Windsor Horse Show three years ago, where she achieved third place.

On the morning of the Duke’s funeral, Louise was spotted in Windsor taking his favourite horses, Balmoral Nevis and Notlaw Storm, out on his carriage.

Later at the service, they had a special place watching their rider’s procession and Louise wore an equestrian brooch in his honour.

Louise has also completed The Duke of Edinburgh’s Award (DofE) — a scheme set up by Philip in 1956 to encourage young people to gain skills that will help them in life, education, and work.

Speaking last year during a documentary entitled ‘Prince Philip: The Royal Family Remembers’, Louise opened up on her close bond with her grandfather and revealed she took on the challenge of DofE to make Philip “proud.”

She said: “There was certainly an element of making my grandfather proud and honouring him by taking part in the award that has been so much of his life’s work. I definitely hope I have made him proud..

“I’d always wanted to do it because of the skills you develop as a result.

“My favourite part was my expeditions. Just having that level of independence and self-sufficiency and having that sense of achievement when it was finished.”

The Wessexes’ daughter also talked about Philip’s involvement in her carriage driving, saying that while it was “incredible” to have him as a mentor, it was “slightly scary” as he was such a key figure in the sport.

She told the documentary: “‘The Duke of Edinburgh has been so involved in my driving which has been so lovely although slightly scary because he invented the sport pretty much.

“It’s incredible to have learned first hand from him.

Philip was credited with bringing the carriage driving to the UK. (Image: Tim Graham Photo Library via Getty Images)

Philip continued the sport well into his nineties. (Image: Ben A. Pruchnie/Getty Images)

“After a competition, he would always ask how it went. His eyes would light up because he just gets so excited when he talks about it. “

She continued: “When we would go carriage driving, he would take me on a different route every day, I do not know how he managed to do that, and tell me all sorts of anecdotes about anything and everything.

“He is honestly one of the most interesting people I have ever met.”

The Duke played polo until 1971, when he discovered carriage driving, and was credited with bringing the sport to the UK.

The Wessexes are known to have shared a close relationship with the Duke. (Image: Chris Jackson/Getty Images)

Philip continued to compete in the demanding sport into his eighties and drove his fell ponies non-competitively well into his nineties.

In the book he wrote about the sport, ‘30 Years On And Off The Box Seat’, he said: “I am getting old, my reactions are getting slower, and my memory is unreliable, but I have never lost the sheer pleasure of driving a team through the British countryside.”

On Friday, the Queen unexpectedly showed up at the Royal Windsor Horse Show and was photographed beaming with pride as she watched Lady Louise drive Philip’s carriage.

Louise is to make an appearance during the culminating performance of the horse show’s Platinum Jubilee celebrations tonight.

The Queen was beaming with pride as she watched Louise drive. (Image: Getty Images)

The young royal is among those performing during the four-night show ‘A Gallop Through History’ taking place in the grounds of Windsor Castle.

Princess Beatrice and her husband, Edoardo Mapelli Mozzi, attended the charity performance on Wednesday night, while the Duke and Duchess of Gloucester were on the stands on Thursday evening.

The Wessexes were the royal guests on Friday, while on Saturday Princess Anne was seated in the royal box.

The Queen is hoping to make an appearance on Sunday, when most of her great-grandchildren will be featured in the show by taking part in a carriage drive.