Nairobi Diaries really helped us to learn different personalities in women. The popular film brought together Kenya’s most flamboyant socialites; some of whom ended up being friends- while others became frenemies.

Recently, Nairobi Diaries star Clara Ojenga popularly known as Mishi Dorah was charged with pretentiously obtaining credit after failing to clear a Ksh.152,550 bill accrued at a local entertainment joint on the night of May 26, 2022.

According to reports, Mishi ordered seven bottles of Hennessy at Ksh.70,000 and six bottles of Belaire valued at Ksh.75,000 which she shared with her friends who were also at the club.

When asked to clear the bill before checking out, Ojenga claimed that her ATM card was not operational going as far as asking the club’s management to accompany her to her home to collect the cash.

The club’s bosses obliged but Ojenga was still unable to foot the bill when they arrived at her residence. She subsequently pleaded with the club’s management to give her until May 30, 2022, to clear the bill but the club reported the incident to police after she started avoiding phone calls. She was arrested soon after and arraigned in court- where she was

Mishi went ahead to appeal for financial assistance. And blogs went ahead to share her plea. One of her counterparts, flamboyant socialite Lady Risper has refuted to be associated with her- and insinuated that she won’t help to bail her out. Talk about fake friends! Anyway, she shared the song, ‘Kila Mtu Atauchukua Mzigo Wake Mwenyewe‘ when one of her fans asked if she would bail Mishi out of jail. 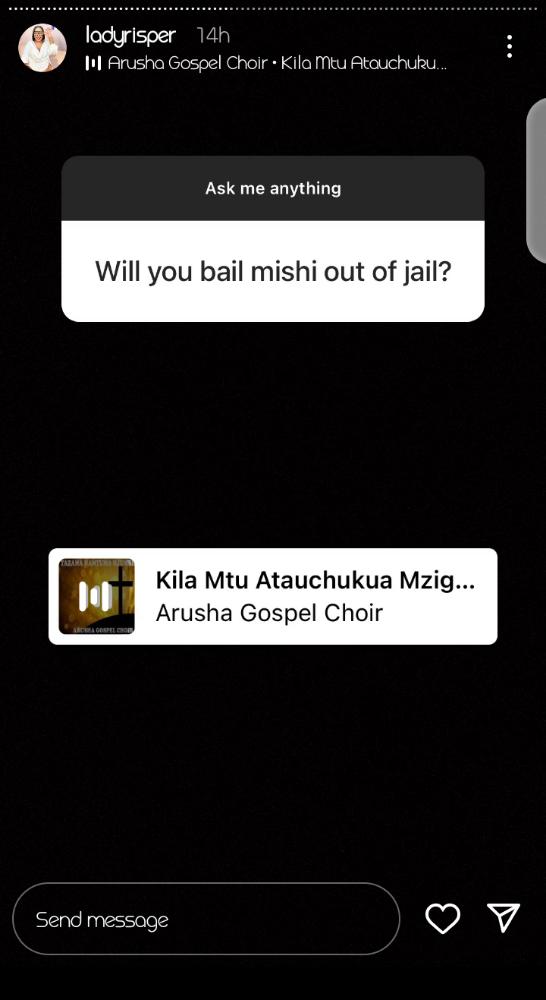