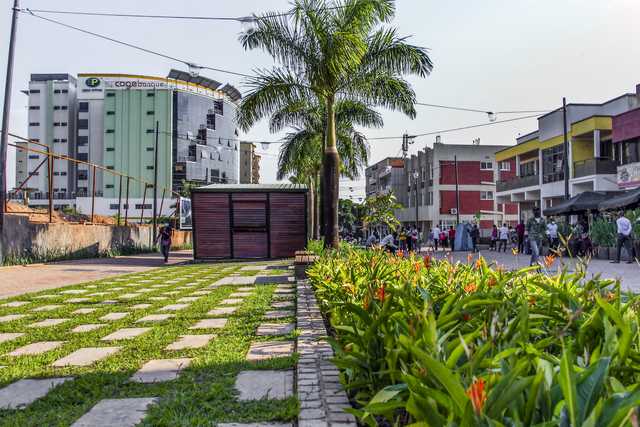 Two years ago on April 26, 2020 I walked some of Kigali’s streets, and it was a depressing affair. It was at the height of the first coronavirus pandemic lockdown, and the virus was spreading like wildfire. Or so we concluded from the news.

The streets were desolate and eerily quiet save for a few cars which once in a while whirred on the road; shops were closed, there were no crowds pf pedestrians criss-crossing the city, the ordinariness of life was gone, there was only strangeness and panic in Kigali.

Like during times of war, there were more police and military officers on the streets than pedestrians, everyone was holed up in their houses, the country was at war only that this time the enemy was invisible. I was also only able to move because I had a press card.

Fast-forward to 2022, the virus has slowly but surely faded from people’s daily lives, all treatment centres have been closed, and on April 19, for the first there was no positive case recorded by the Ministry of Health. From all looks, Rwanda is out of the woods as far as the war against the virus is concerned.

The city is bustling with life, with a nightlife that has even surpassed pre-pandemic levels in terms of intensity and spread.

The once-pandemic ravaged sectors such as tourism, transport and trade, and construction have recovered and now thriving.

However, not everyone was pushed to the edge by the pandemic. When life slowed down in 2020, those with economic means renovated their small business premises or constructed new structures, ranging from small business buildings, to housing estates and even shopping malls.

The result of this is that, out of the pandemic came a fresh supply of palatial residential houses in old and new neighbourhoods that now punctuate Kigali. These lie in formerly undeveloped land, with new high rise buildings and high end shopping malls that now dot Kigali’s skyline.

The municipality transformation work that started a decade ago is finally being reflected in the smaller, former sleepy Kigali-inner suburbs that have come alive with social and commercial life.

Semi-developed and dilapidated structures in iconic towns like Nyamirambo, Kiyovu and Muhima have been replaced by modern shopping malls, office plazas and modern markets, as the city, like a snake shades its skin to give way to a new effervescent one.

Formerly forgotten urban centres like Giporoso, Sonatube, Santre, that for long have been the butt of local urban jokes due to their dingy buildings and infrastructure that made them prone to congestion, are now the to-go to places for entertainment and shopping.

Giporoso, the urban centre closest to the airport — where city residents used to only visit out of necessity such as to buy second-hand clothes (Mitumba), attend church or drink the traditional fermented milk, as they waited to take a bus to the Eastern province, is now all spanking new and unrecognisable.

Residents from all over the city now troop to this suburb for entertainment because it currently has the best nightlife amenities in the city, built up in an area that once was home to dilapidated second-hand clothes market.

The market was not however all erased, it was replaced by a modern version nearby, where traders now largely sell cheap Chinese clothes and textile imports after the ban on second-hand clothes.

But Kigali is not just about gentrification. It has grown a personality.

A street turned into a car free zone in the popular area of Biryogo. PHOTO | CYRIL NDEGEYA | NMG

At Kisementi, a second car free zone has been established by the city authorities, on a street, which houses the most number of bars and liquor stores in the metropolis.

The car free zone is not an everyday occurrence. It starts on Fridays to Sundays, and during this time the entertainment establishments play loud music from big speakers, under yellow tents and umbrellas on the cobalt street lined with plastic chairs. They are here to serve the young and old of Kigali who throng here to drink and eat roast meat as they dance the night away.

Kigali has moved beyond just being a clean city, to a breathing city, with more parks and green places being added at every turn.

The first car free zone to be introduced a few years ago in the central business district has now been fully developed, what used to be a road surface is now a mosaic of concrete designs.

It is also fitted with seating areas, with wooden benches that are separated by flowers and shrubbery, giving a sense of relaxation to those who opt to relax here. Groups of youths from all parts of the city hang out here, making use of the free city Wi-Fi as they catch up with their peers.

The stretch from the Centenary House all the way to the shops near Ecole Belge has been transformed and recently rebranded Imbuga City Walk, fitted with well-designed kiosks where one can have a cup of coffee and snacks on the go or seated.

The plan by the City of Kigali is to turn it into a green and recreational zone with more attractive features, and it is part of a bigger goal to transform the city into a sustainable and equitable place.

This is part of other efforts to develop more parks and public green spaces for city residents and its visitors, and more public benches in 100 selected locations.

To date, public benches have been installed in 33 Kigali’s leisure facilities, including the Imbuga City Walk, the Rwandex public gardens, and the Kigali Heights roundabout, among others. Some of the benches will be installed on the roadsides.

The green spaces in the city are clearly multipurpose but am not sure that is by design. Wedding photo shoots take place here.

A wedding I was recently invited to, made me realise how little I know about Kigali, I learned how prominent Kigali inner-cities like Nyamirambo, Gikondo, Kicukiro have given life to new modern neighbourhoods such as Rebero, Norvege and others.

The city fathers have gone all flat out to build and pave city roads that are not only birthing new neighbourhoods and connecting formerly forgotten places, but also adding value to property in the city.

Rebero, a hill with political history hill, according to the film The 600, is now a beacon of progress, palatial residences dot its slopes. Just a few years ago it was thickets and shrubs.

According to recent history, the RPA army was getting a lot of fire from the hill as it sought to capture Kigali during the Genocide Against the Tutsi in 1994.

It was only after conquering the hill that the RPA managed to capture Kigali and power too. But the atrocities they found on that hill are beyond words, as narrated by one of the RPA soldiers in the film.

But what took my breath away one evening as I visited Rebero hill was the splendid view of the entire city of Kigali from the hill. It is a beautiful and rare sight.

As the country prepares to host Chogm, one of the biggest government events in the world, Kigali, is all spruced up with new connecting roads, hotels and other amenities for a meaningful visit and stay in the city.

The two-day event will not only leave the city richer and a bit more famous, but also leave new valuable infrastructure and amenities that will eventually benefit the city resident and dweller for many years to come.