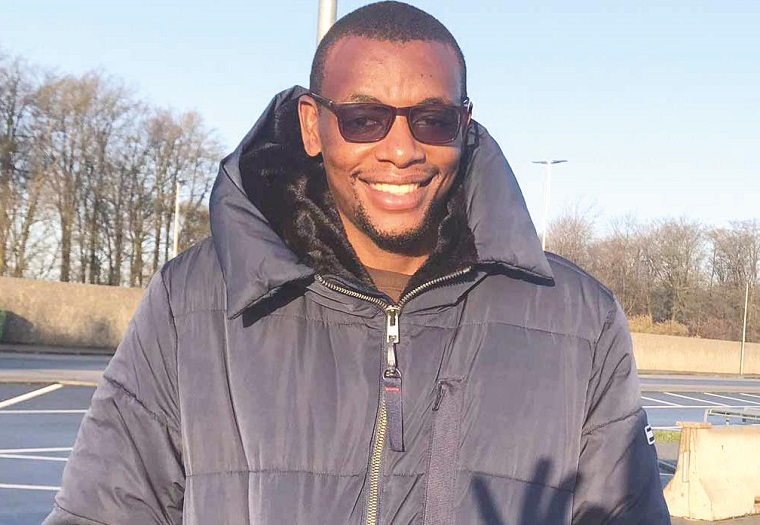 Exiled government critic and author Kakwenza Rukirabashaija caught the nation by surprise when he fled to exile on February 9.

It sparked debate and speculation about the mystery surrounding his last hours in Uganda. However, Kakwenza has broken the silence and narrated to The Observer how he was able to beat the security surveillance before ending up in exile.

One of the high-ranking Special Forces Command (SFC) officer who participated in my grievous mutilation in the dreaded dungeons threatened that the only option I was left with was to kowtow to their demands and that I would live peacefully in Uganda like other critics who have been co-opted, swallowed and encapsulated in patronage.

I itched to ask whether the capitulated comrades had been tortured like me before joining the dining table but you know I had to prevent such thoughts from escaping out of fear. Conceivably my balls could have been skewered and roasted like Namawojjolo chicken.

The brute who sounded like a Mukiga after breakfasting on porridge and mawolu of Irish potatoes threatened that I would be exterminated like vermin together with my immediate family members.

“If you cannot accept and then go out there and begin from where you stopped in criticizing the government, we shall kill you, your immediate family members and that stupid lawyer of yours,” he fumed.

“Even if you go out of the country, we shall find you and poison you,” he added and then through a radio call, called another person to pull me back into the filthy cold cell.

It is as though the dehumanization was a comeuppance of turning down their numerous offers since April, 2020 when my horrendous woes with them began. Five times I have refused political appointments and gifts. And once, I chewed their transport money of Shs 5m which found me in Rukungiri, and I switched off my phone after withdrawing it.

On January 9, 2022 or thereabout, Gen Muhoozi Kinerugaba brought me new clothes (trousers, shirt, sweater, vest and boxers) in the wake of the ones I had, were bloodied and shredded.

“You know you are an important person; you have to appear in public presentable since we have forgiven you,” Gen Muhoozi said while handing me the clothes.

I was not blindfolded when a scrawny tobacco-reeking young man dragged me to him. I was very sad when these cannibals (I call them so because where did they put the flesh which they picked from my thighs using pliers?) who mutilated my body and picked flesh from my thighs, smuggled me into court again to be subjected to the unfortunate judicial harassment in total disregard of the laws.

I thought they had forgiven me. I had hatched my plan to flee to exile immediately. A day before, I had been taken to Special Investigations Unit (SIU) in Kireka where I slept for a night, and Bill Ndyamuhaki, who is attached to Kibuli CID, picked and drove me to court with a lead car screaming and flashing sirens for right of way as though I was a VIP.

It was very early in the morning, I remember, and in court, we were only four people. Myself oozing pus, the magistrate and two prosecutors. Ndyamuhaki and his bodyguard were waiting at the exit from the dock.

After about 13 days in Kitalya prison, I was finally given cash bail of Shs 500,000 and each of my sureties a non-cash bond
of Shs 10m. My passport was deposited in court such that I would not fly out. And then shit happened! I was kidnapped from Kitalya prison gate, and driven to Makindye military barracks.

The treatment this time was different. Look, I was even lifted with care by six men who emerged from a maize plantation over yonder, and deposited me in a waiting numberless gray double- cabin like an egg or glass. The story of the torture will be for another day but let me first tell you about the events that followed upon being dropped at my gate at 3:30 am on that same day by a convoy of two Military Police trucks and a military drone full of red top soldiers.

After they had left, I called our family driver to drive me to Kampala. I left home at a half past four in the morning, phoneless and with a wallet stuffed with two crispy notes of Shs 50,000. Upon arrival in Kampala, I asked the driver to go back home and I limped across the road where I bought a phone but failed togetaSimcard.

I got a cab by the roadside and asked the chauffeur to take me to Kyanja and then International Hospital Kampala (IHK). In Kyanja, I knew a friend who would get me a Sim card and then proceed to the hospital. When we had reached Kyanja, the friend offered to take me to the hospital and so I didn’t need the driver I had come with.

While at IHK, I remembered that I had forgotten my phone in the chartered car so we drove to town to look for the chauffeur whom we found where I had picked him, opposite Uganda house. And then he looked at me with disgust. He began to narrate to me how, immediately he had dropped me, two men riding on boda boda intercepted him and detained him at CMI for five hours while interrogating him to tell how he knew me and what I had discussed with him.

He was later released upon proving that he was merely a chauffeur in town for hire. Of course, the brutes confiscated my small cheap phone which was found in his car.

The following days I would move in my lawyer’s car from different Airbnb’s until I left the city while they thought I was still inside the house. I would see them following us all the time, lurking around like ghosts at eateries, different hospitals, hotels— but I pretended as though I wasn’t seeing them.

On the day of escape, since they were used to my lawyer picking me in the morning and dropping me in the evening, I asked another person to pick me and indeed they were at the junction as usual waiting to see my lawyer’s Mercedes Benz drive by.

Nine to ten hours later, my lawyer announced that I had fled and the sleepy ‘intelligence’ officers wondered how I had made it. They believed it only after seeing me in Germany.