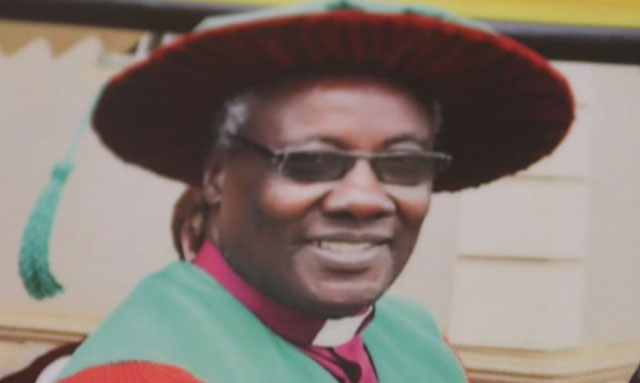 Kanungu, Uganda | THE INDEPENDENT | Bishop Hamlet Kabushenga, the embattled founder and chief executive of Child to Family Community Development Organization (CHIFCOD) in Kanungu district is on the spot over alleged contempt of court.

Under the organization, many learners obtain half bursaries. The organization which was established in Kanungu in 2004 also manages various health centres in the district.

But, Kabushenga later turned and protested the resignation.  The feud resulted into closure of Greal Lakes University for one Month in December last year.

This forced Natukasa to petition civil division high court in Kampala to secure an injunction barring Kabushenga from accessing any premises under CHICFOD.

The feud escalated on April 2 this year when Kabushenga accompanied by a group of youth armed with hoes, axes, pangas and clubs attacked and broke the main gate of Kirima primary school and ordered all the staff to vacate.  The attack resulted into a fight which led police to intervene after eight innocent pupils got injured in the adults’ power struggle scuffle.

Kabushenga was arrested, and detained at Kanungu police station but later released on police bond. On April 14, Court ruled an injunction in favor of Natukwasa.   But, Kabushenga on this month 11, issued an announcement through his lawyer’s M/S Alvarez Advocates advising parents and guardians benefiting under CHICFOD not to pay school fees.

Now, through his lawyers MMAKS Advocates, Natukwasa accuses Kabushenga of interfering in the management of any entities related to CHICFOD yet he recently lost a court injunction.

Natukwasa also says that influencing parents and guardians of learners not to pay school fees is a contempt of a temporary injunction.

Natukwasa wants Kabushenga to refrain from any activities of the organization until hearing of the main suit is complete.

According to Natukwasa, Kabushenga’s aim is to detract the parents’ interest in benefiting from education services under the organization.   He adds that in case Kabushenga keeps a deaf ear he will drag him to court.

But, when contacted, Kabushenga insists that he is still the genuine director of CHICFOD.

He also says that he is yet to get a copy of the injunction ruling. Kabushenga also insists that parents should pay school fees to Enoth Kwikiriza because he is the genuine director of CHICFOD.   Kabushenga adds that he will fight until CHICFOD gets out of Natukwasa and his associates’ hands.