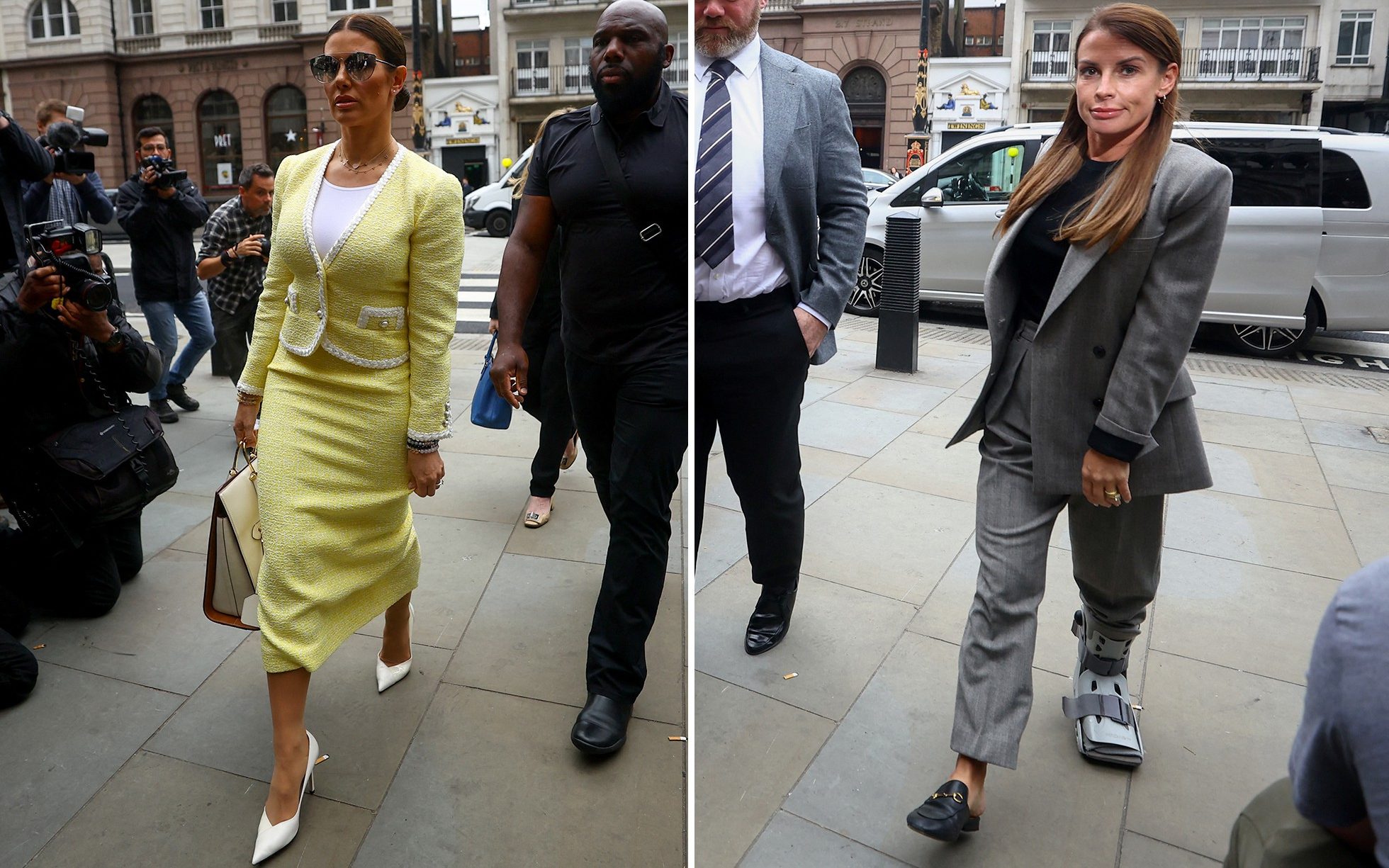 Mrs Rooney told how she was left “fuming” when private details of her reconciliation with her husband Wayne were fed to the media, leading her to carry out a sophisticated sting operation that she said identified Rebekah Vardy as the source of the leaks.

Mrs Rooney told the High Court that a now-famous social media post in which she accused Mrs Vardy’s Instagram account of being behind a series of leaked stories was her “last resort” as she tried to catch the person responsible “red handed”.

In what has become the battle royal of the WAGs (footballer’s wives and girlfriends), Mrs Vardy, the wife of Leicester City striker Jamie Vardy, is now suing Mrs Rooney for libel over her claims that she was responsible for planting stories in the press taken from Mrs Rooney’s private Instagram account.

The day before, Mrs Vardy twice broke down and proceedings had to be paused while she composed herself. Mrs Rooney and her husband, Wayne, looked on as Mrs Vardy wept while giving evidence.

See Friday’s live blog for the key moments from day three of the trial.