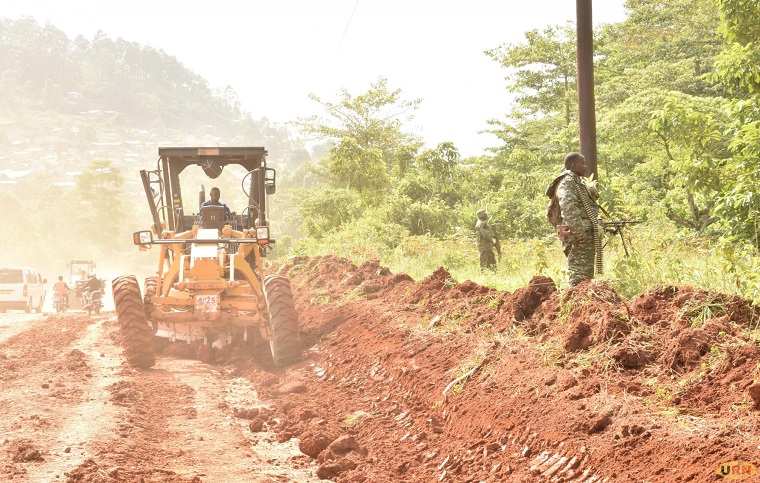 The construction of Kasindi-Beni road in the Democratic Republic of Congo (DRC) is being hampered by the limited security in the area, according to the project contractor.

The joint Uganda-DRC road construction project in eastern Congo consists of 80-kilometre in the Kasindi section at the border to Beni. It also covers the 54-kilometre integration of the Beni-Butembo stretch, and the Bunagana to Rutsuru-Goma road which measures 89 kilometres.

Eng Ananthula Nagendra, the project coordinator from Dott Services Limited says they are working in short phases because they were guided to limit their operation to a network of only 20kms because it’s what the UPDF and Congolese forces can secure at a time.

He says they are first working on the 20km stretch from Kasindi to Uulu and from Beni side to Paidha. Nagendra is asking for deployment of more troops to secure the entire road network so that they can work effectively according to their engineering mapping.

“This is the only challenge we so far have. UPDF limited us to work on only 20kms stretch from Kasindi to Ululu because of shortage of manpower in security and this might slow down our work,” says Nagendra.

The project engineer says they anticipate to complete the work in 15 months but this might also depend on the security situation in the area. He adds that they have so far put up camp sites, cleared the bushes and did leveling and filing on a 20km stretch from Kasindi to Ululu and Beni to Paidha.

“We have created three camp sites here at Kabirizi and another at Lubiriha and Beni to work as fabrication, culvert production and a dumping sites,” he added.

Bob Mukembo, the in-charge of Mpondwe immigration department is also requesting for more troops on the ground to eliminate the ADF rebel threats. He argues that the number of traders entering Uganda through Mpondwe has slightly reduced due to the surge of rebel attacks along the route.

“People are still not free to move, traffic flow is picking up but not to the expected level,” noted Mukembo.