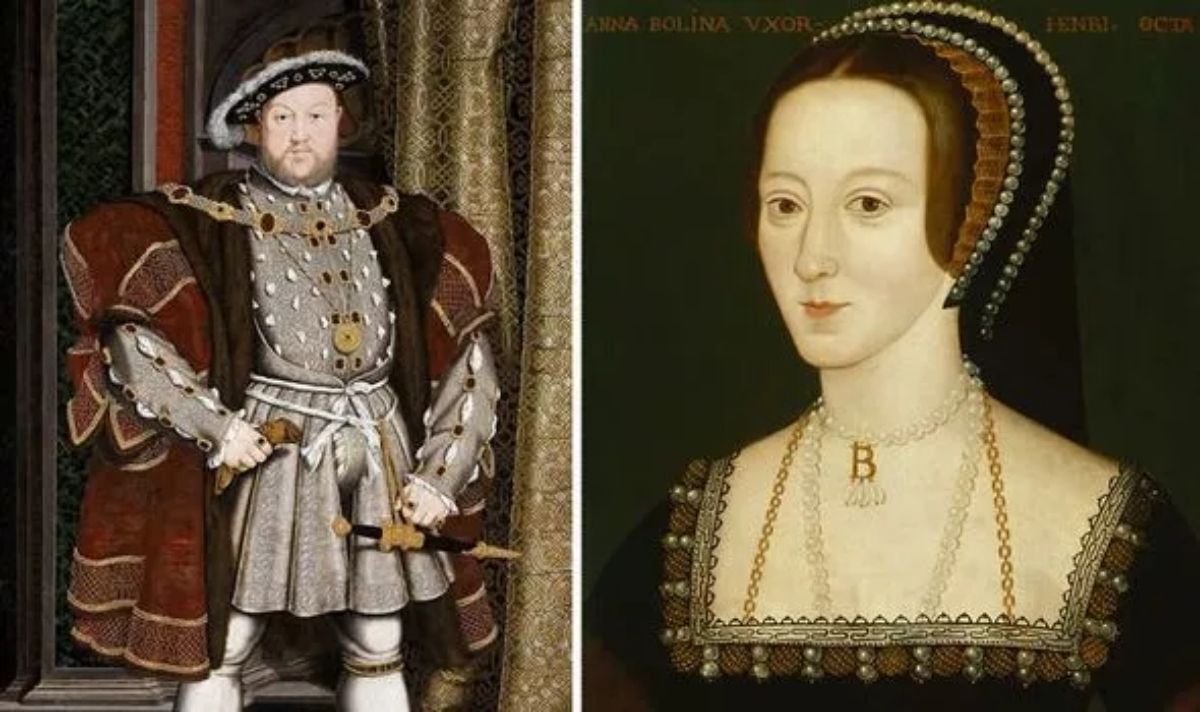 King Henry VIII reigned over Tudor England for 36 years until his death at the age of 55 in 1547. The former monarch famously had a huge appetite, six wives and established the Church of England so he could marry Anne Boleyn. Henry and his second wife enjoyed a whirlwind romance after they first met at his court, where she was a lady-in-waiting to his first wife Catherine of Aragon.

However, their three-year Union ended in disaster when the King had Anne executed at the Tower of London in 1536 after she was found guilty of treason.

Although Henry showed enormous brutality towards his wife, the King was also “sensitive” to her, according to a new analysis of their relationship.

Historian Sandra Vasoli, who wrote the 2015 book ‘Anne Boleyn’s Letter from the Tower: A New Assessment’, explained how Henry was supportive of his mistress while the Pope was refusing to annul his marriage to Catherine.

The US-based expert travelled to Italy to study a collection of 17 love letters Henry penned to Anne, which are housed in the Biblioteca Apostolica in the Vatican Library in Rome.

Speaking to Express.co.uk, she said: “You can see periods of time where she obviously is so just exasperated and exhausted by it.

“And he is so encouraging and patient and, ‘Don’t worry, darling, it will work out. I’m with you’.

“It really is a sign of Henry that I think people do not acknowledge.

“But when you look at these letters, the way they’re written, you can see that side to him very clearly.”

At the time, divorce was not allowed in the Roman Catholic church, meaning Henry could not formally end his first marriage to Catherine.

“But when you see them in person, when you sit right there with them, it’s so uncanny.

“There is just an aura that comes off of them that is very hard to describe.”

She added: “I looked through them, I came away from that session knowing that she loved him, that she grew to love him.

“And she loved him, I would say, as much as he loved her. And that surprised me.”

Ms Vasoli also claimed that from her research into the couple’s relationship, she has learned how similar they were.

She said: “They were very much alike in so many ways. They were both really smart.

“They were both temperamental. They loved things of beauty. So, in many ways they were the same.”

‘Anne Boleyn’s Letter from the Tower: A New Assessment’ was written by Sandra Vasoli and published by MadeGlobal Publishing in 2015. It is available here.