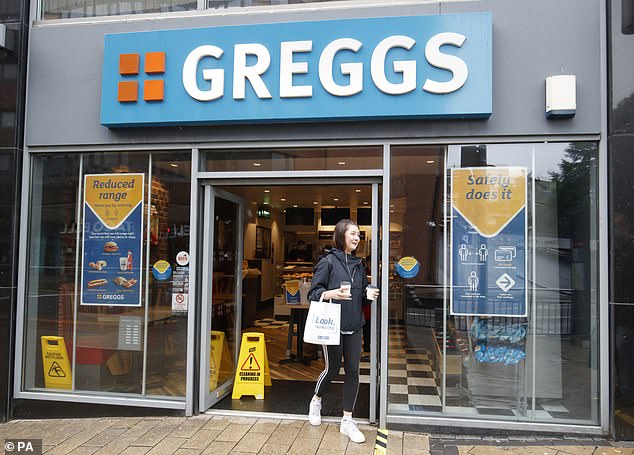 The chief executive of Greggs warned today that some of the firm’s prices may ‘move up 10 per cent’ amid rising costs brought on by the war in Ukraine and India‘s ban on wheat exports.

Roger Whiteside was speaking after the bakery firm warned of increasing costs in an update to shareholders.

Russia’s invasion of Ukraine has pushed up global wheat prices in recent months, with costs jumping further following news in recent days of India’s export ban, which was imposed after a heatwave hit the country’s crops.

The benchmark wheat index rose by as much as 5.9 per cent after the announcement, reaching a level not seen since March.

Ukraine is one of the world’s top producers of wheat, maize, barley and various cooking oils – the building blocks of many supermarket staples – and many farmers have abandoned their fields to fight the Russian invaders.

Speaking following his firm’s trading update, Mr Whiteside said his firm is ‘no different’ to others in needing to potentially raise prices amid rising costs, but that Greggs would ‘always’ be the best value.

The boss said the cost of Greggs’ products would depend on ‘price elasticity’ – how much demand is affected by cost.

‘Some prices might move up 10 per cent, other prices won’t move up at all,’ he told the Evening Standard.

His comments came after analysts warned that Greggs’ savoury and breakfast products, which include its popular sausage rolls, are the most likely to rise in price. 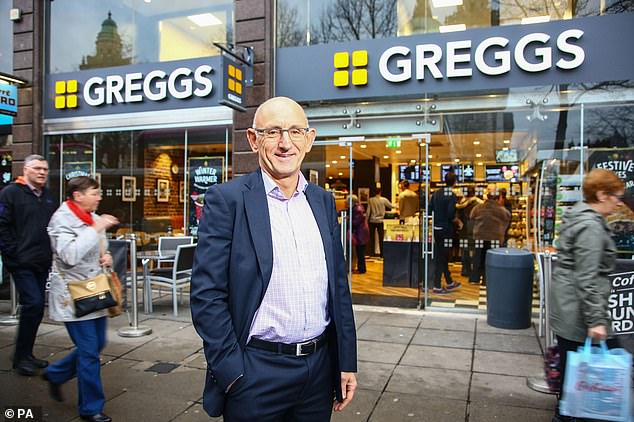 Whilst Greggs has not yet announced any new increases, it did hike prices for some goods by between 5p and 10p at the start of the year.

Greggs said in its trading update that costs had been increasing across the market.

The benchmark wheat index in Chicago rose by nearly 6 per cent – the highest it has been in two months – following the announcement of India’s wheat export ban.

The ban has been imposed after a heatwave hit the country’s crops.

India’s government said it would allow exports to countries that request supplies to ‘meet their food security needs’.

Costs of ordinary goods such as bread, cakes and pasta have risen in recent months amid soaring wheat prices, which have risen more than 60 per cent this year.

They have been driven up in part by Russia’s invasion of Ukraine.  Russia and Ukraine combined account for nearly a third of the world’s wheat exports.

Whilst it is ordinarily not a major exporter – with most of its wheat being sold domestically – traders were expecting India to make up part of the international shortfall caused by the interruption to wheat production in Ukraine.

It also said customers will be feeling the squeeze from the rising cost of living, something that could cause them to tighten their belts.

Mr Whiteside added: ‘We see ourselves as value leaders in the food-to-go market, and that market has been forced to put prices up – we’re no different.

‘But we make sure that the gap between us and our competitors never narrows so that we’re always the best value.’

Ross Hindle, an analyst at research firm Third Bridge, said savoury and breakfast products are the most likely to see price increases, but added that Greggs may benefit from customers switching to the firm away from even more expensive rivals.

‘The big unknown is how consumers react to the rising costs and tightening of wallets,’ he said.

‘It is believed that there is an opportunity for Greggs to gain market share from “posh” coffee shops and more expensive food-to-go operators as Britons cut back on their mealtime and beverage spend.

‘However, balancing market share opportunities with margin protection is likely to be a big challenge for Greggs.

‘The group will struggle to increase prices while still maintaining its value-for-money proposition in the market.

‘Savoury and breakfast products are the most likely to be priced higher.’

He added: ‘Eighty per cent of Greggs’ range is manufactured in-house, providing some flexibility in how the Group navigates inflationary pressure.

His comments came after Clive Black, an analyst at investment firm Shore Capital, said Greggs was in the middle of a ‘maelstrom of Ukraine-related cost pressure’ on gas, oil and wheat costs.

Speaking to investing news site Proactive Investors, he said this ‘could be particularly challenging for a company like Greggs, which is very value-orientated and, as such, has many customers that may now start to really feel the pinch.’ 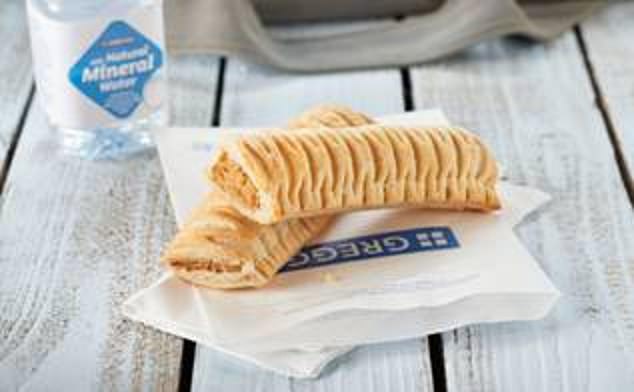 Analysts warned that Greggs’ savoury and breakfast products, which include its popular sausage rolls, are the most likely to rise in price

In March, the business warned that changes to taxes and higher costs for energy, food and staff would push up its costs between 6 per cent and 7 per cent.

Prices that it charges customers already went up in the early part of 2022, and the firm said in March that it expects more changes this year.

On Monday, Greggs said that like-for-like sales at the shops it manages rose by more than 27 per cent in the first 19 weeks of this year, compared to 2021.

But it also pointed out that this was a flattering comparison due to the Covid restrictions in place a year ago.

Its shares were trading down 2.8 per cent early on Monday.

‘Sales levels in larger cities and in office locations continue to lag the rest of the estate but transport locations have shown a marked increase in activity in recent weeks,’ the company said.

It said that expectations for the financial year are unchanged.

Greggs’ share price was down 1 per cent today following its trading update.

Its trading update came as Britain’s cost of living crisis continued to worsen, with findings last week showing how the prices of common food staples had increased up to 30 per cent in UK supermarkets in recent weeks.

Tesco, Asda, Sainsbury’s, Morrisons and Aldi all hiked the price of more than 100 value range items.

Price rises were recorded for 102 items including tinned vegetables, jam, pasta, coffee, fresh meat and cheese – whilst only 34 items were lowered in price.

Some of the products’ prices had been increased again, having already seen hikes earlier in the year.