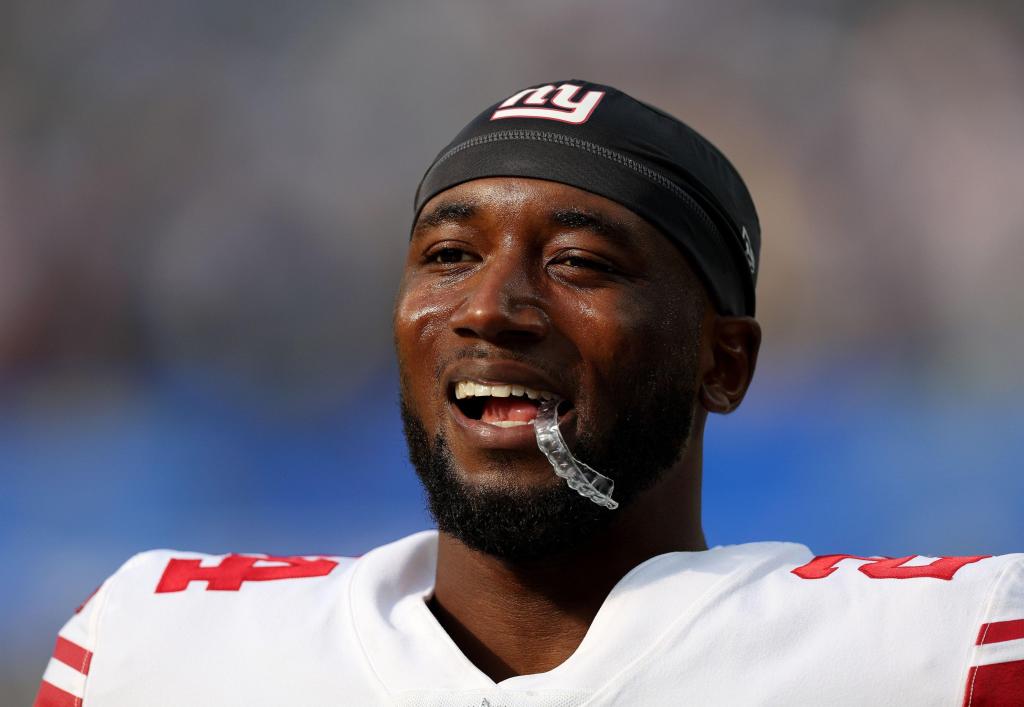 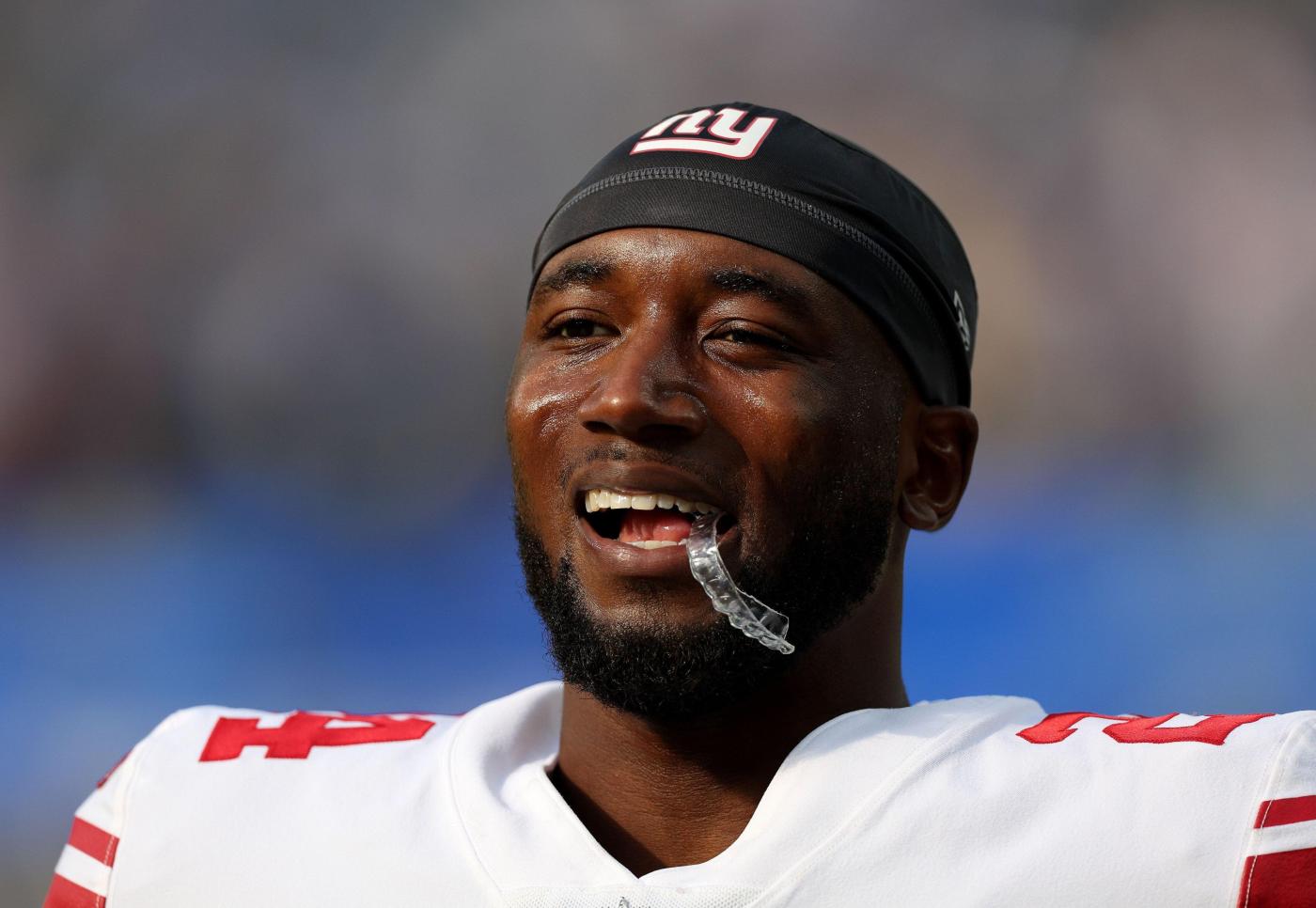 James Bradberry’s $21.8 million salary cap hit was unsustainable in this 2022 season. That is one reason the Giants released their best defensive back on Monday.

But they also cut him because the new regime had a lower opinion of the player than the last GM and head coach did.

Bradberry, 29, learned early this offseason that he was no longer wanted, which is why he stayed away until the team resolved this.

The Giants did not make an effort to extend Bradberry while the relationship was salvageable, which they could have done to spread out his salary cap hit if they had considered him irreplaceable.

New GM Joe Schoen also could have restructured Bradberry’s contract to kick some money into the future and retain him. But when he needed cap space earlier this spring, he opted to restructure corner Adoree Jackson instead – kicking some of his money into future years – and still cut Bradberry here in May.

The Giants will eat $10.3 million in dead money this season, and save $11.5 million in cap space, if they designate Bradberry’s release a post-June 1 cut, per overthecap.com.

Schoen could have saved another $2 million by resolving Bradberry’s situation by mid-March, but $2 million of his contract became guaranteed on March 17.

The Giants’ secondary is extremely thin. They did not meaningfully address the outside corner position in free agency or the draft. Jackson, a former first-round pick that the Titans let walk out  the door in 2021, is their top outside corner at the moment.

Second-year corner Aaron Robinson is the most likely incumbent to challenge for a starting outside spot at the moment.

New Giants defensive coordinator Don “Wink” Martindale needs reinforcements. His former Ravens corner Jimmy Smith, 33, who knows the system, would be an obvious fit if physical health and contract line up for the unrestricted free agent.

Schoen has been trying to trade Bradberry all offseason. His failure to do so, and the fact that he cut Bradberry this late in the offseason, is discouraging given the quality of the player.

Bradberry won’t be a free agent for very long. Some potential trade suitors have just been waiting the Giants out.

They like and want the player but saw no point negotiating against themselves when the market wasn’t there after the Giants waited so long.

The Giants did have a trade ready to go with the Houston Texans for a late-round pick, according to The Athletic, but Bradberry and the Texans reportedly couldn’t agree on contract terms. And while the Giants were reportedly willing to pay some of Bradberry’s salary, they would have wanted a better pick in return if they did.

Houston was one of the three teams the Daily News reported as likely trade partners for Bradberry back at the NFL’s owners meetings in March.

It was not Bradberry’s job to help the Giants get something out of this mess, though, especially to join another rebuilding team. And his reluctance to play ball follows a pattern of former Giants not exactly feeling the love from previous last employer.

Former defensive coordinator Pat Graham left the Giants to become Josh McDaniels’ Raiders D.C. in Las Vegas after the Giants had announced he’d be returning, provided he didn’t get a head coaching job with the Minnesota Vikings.

And recently released safety Logan Ryan filed a grievance against the Giants over a $3 million amount he believes he is owed, an amount he would have earned on March 19 if the team hadn’t cut him on March 17.

The jarring part of this is that Bradberry and Ryan were two of the best players on the Giants’ roster, and Schoen cut both of them in his first four months on the job. His release of Ryan cost the team money, too.

Graham’s defense led the Giants’ best win in five years, 17-12, on the road over Russell Wilson and the Seattle Seahawks in Dec. 2020. And this offseason has completely decimated the only real undeniable positive of the Giants’ recent on-field team.

The 2021 Giants’ overestimation of their own roster, their ill-advised free agent spending that year, a rash of costly injuries, and numerous contract restructures kicked $15-20 million more onto this year’s 2022 salary cap than the organization had originally anticipated.

Kevin Abrams, now the Giants’ senior VP of football operations and strategy, was ultimately the final signoff on all contracts and finances that went to ownership.

The most costly 2021 restructure was Bradberry’s: The team added $4.03 million onto his 2022 salary cap cost to create $8.06 million in space last season. That ballooned a costly but reasonable No. 1 corner contract into an inflated one.

His play also dipped in 2021, and Martindale prefers press man corners in his blitz-heavy scheme. Bradberry can do that but profiles more effectively as a zone/Cover-2 outside DB.

As it is, Schoen’s job is to do what’s best for the Giants long term. This is a rebuild with an eye on the future.

Still, he didn’t get anything back for one of his best players, a player who would have helped the Giants both now and in the future on the field – if the club had felt so, too.