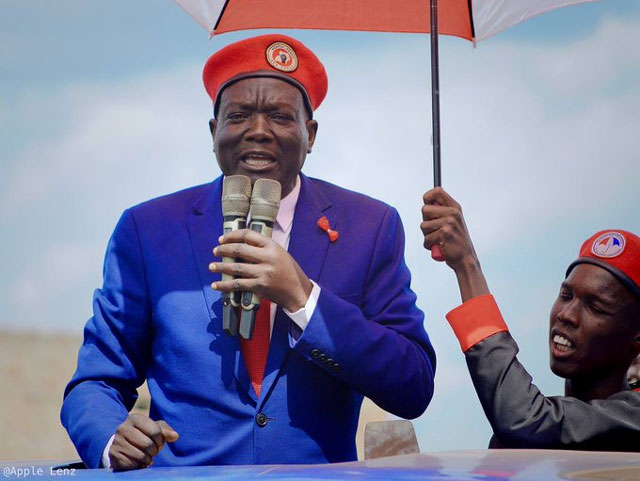 Amoro, Uganda | THE INDEPENDENT | Dick Denis Owani, the flag bearer for the Forum for Democratic Change-FDC Party in Omoro District has failed to turn up for his nomination in Omoro Town Council.

This comes amidst reports of his abduction along Bobi-Aboke road in Adyeda village in Bobi Sub-county, Omoro District.  Owani was allegedly later dumped by his abductors in Kamdini Town Council in Oyam District.

The 56-year-old was among four Parliamentary candidates who had booked to be nominated for the Parliamentary race by the Electoral Commission in Omoro District Council hall on the first day.

Four candidates of the eleven who picked up the nomination forms for the Parliamentary seat have so far been nominated. They are Terrence Odonga, and Jimmy Walter Onen all independent candidates, Simon Toolit Akecha, National Unity Platform flag bearer, and Oscar Kizza, Alliance for National Transformation-ANT flag bearer.

Moses Kagona, the Electoral Commission Returning Officer for Omoro district however noted that the nomination of candidates will be closed on Friday at 5 pm.

He urged those who picked the nomination forms to return within the stipulated timeframe or miss out on the by-election.

According to reports recorded at Kamdini Police Station, Owani alleged that his abductors robbed him of two bags containing documents meant for his nomination. Other items that were stolen according to Owani included a mobile phone, an infix note 8 model, campaign t-shirts, and a coat.

The North Kyoga Regional Police Spokesperson Jimmy Patrick Okema in a press statement says they will review and analyze CCTV footage at Kamdini Town council to get details of the vehicle Owani alleged his abductors used for further investigation.

The FDC Chairperson Omoro District, Justin Odong Obiya says their candidate will be nominated on Friday and dismissed allegations that he made a stunt to drop out of the race.

He says Owani lost his academic papers to his abductors and noted that he spent part of the day to find other certified copies.

“Those who kidnapped him took away his document, so he is still looking for certified copies where he kept them. This is why we had to wait for him, so tomorrow we shall be set for nomination,” he said.

Simon Toolit Akecha says he will focus on maternal health, clean water access, and improvement of the road network in Omoro District. He says he has already purchased an ambulance for helping expectant mothers access health facilities for delivery free of charge.

Terrence Odonga on the other hand says he will work with the people of Omoro for better representation and stressed that he will ensure the road networks are in better condition.

The post FDC’s Owani fails to turn up for Omoro MP nomination appeared first on The Independent Uganda:.