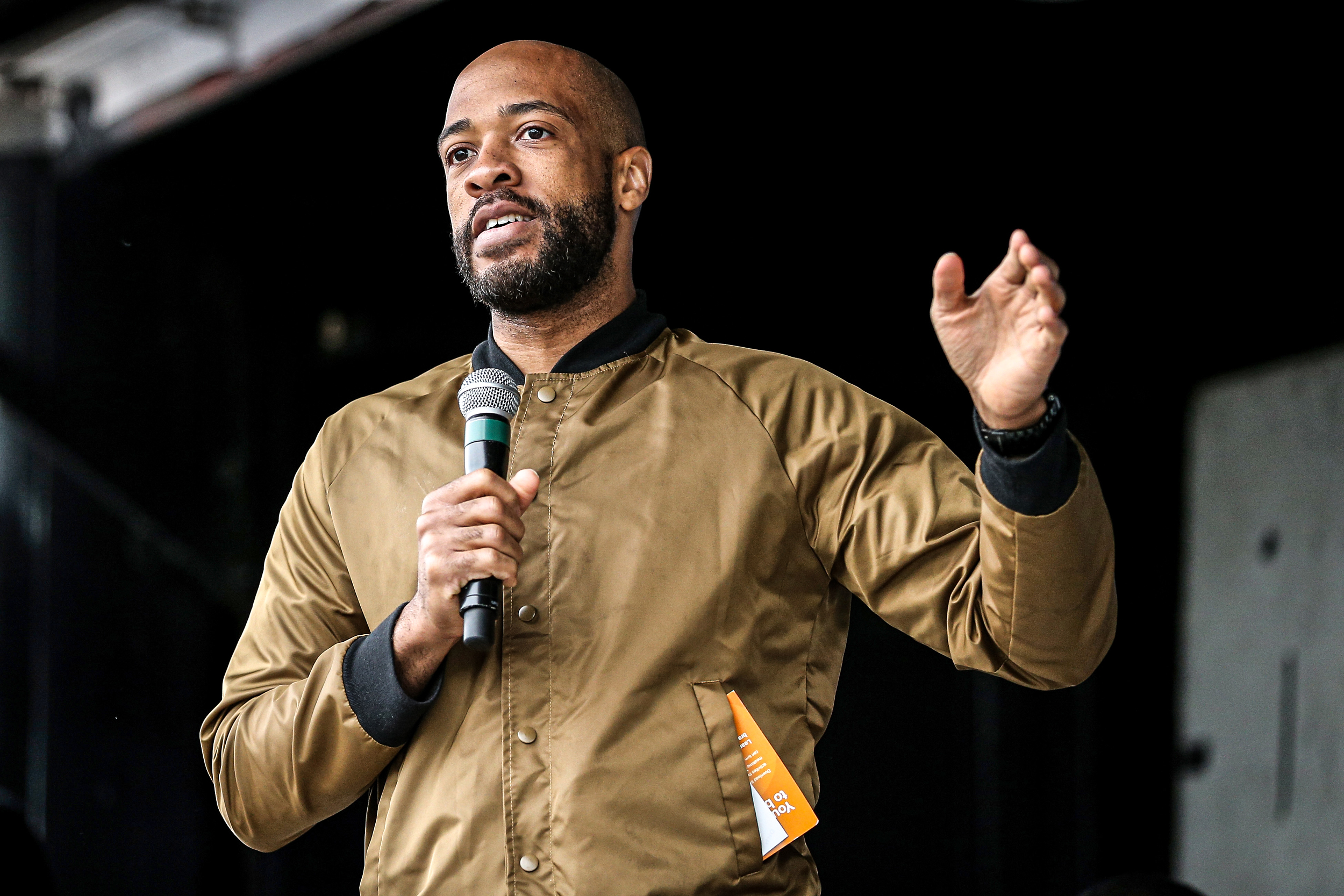 Lt. Gov. Mandela Barnes entered the Wisconsin Democratic Senate primary with all the makings of an automatic front-runner: statewide name recognition, a national profile, big endorsements and a cushy lead in early polling.

Then a multimillionaire opponent plowed more than $5 million into a flood of TV ads — all while Barnes was dark.

Now, with less than three months to Wisconsin’s primary, Barnes is nowhere near pulling away in the four-person field of Democrats. Instead, a 10-point lead earlier this year dropped to a 3-point lead, as two of his opponents inched upward. One of them, Milwaukee Bucks executive Alex Lasry, who is partially self-funding his campaign, is now in a statistical tie with Barnes after spending $8 million in the contest already.

It all culminated this week in a burst of activity as Barnes and his allies moved to reignite the star power that once made the only Black candidate in the field the early favorite to face Republican incumbent Sen. Ron Johnson in a fall contest that could tip the balance in the Senate.

Barnes has aired his first TV ad, a $500,000 spend, according to Ad Analytics, a TV ad tracking firm. Earlier this week, the progressive organization MoveOn announced it was backing Barnes and would follow that with an investment in the state. And Sen. Elizabeth Warren, D-Mass., is expected to campaign for Barnes on Friday with a major rally in Madison then a visit to Milwaukee — the first high-profile visit to date in the race.

“In my view, this is the kickoff of the Barnes campaign,” said Charles Franklin, the chief pollster of the Marquette Law School Poll, which has conducted early surveys of the race. “Barnes doesn’t have the option of making personal loans to the campaign. So I think they’ve been husbanding their donations.”

There is plenty of time for the field to shift and candidates to catch fire before the Aug. 9 primary, including Barnes, who could see his numbers rise now that he’s on TV. Still, the dynamics are playing out in a primary where there is little delineation between candidates on most issues and no one campaign has enticed major organizing groups to coalesce behind them.

Major interests that have so far jumped into the race are instead divided, splintering political support and money. Franklin said the tightening in the race was “more about Lasry’s rise than Barnes collapsing.”

“It’s the textbook definition of a wide-open race,” said Phil Walzak, spokesman for state Treasurer Sarah Godlewski, a third candidate in the race.

Godlewski notched 7 percent in the latest Marquette Law School Poll, but, Walzak stressed, voters have yet to tune in: Nearly half of those surveyed remained undecided in the race.

Two progressive groups — Our Revolution, founded by Sen. Bernie Sanders, as well as the Sunrise Movement — have endorsed Tom Nelson, the Outagamie County executive who came in fourth in the poll, with 5 percent of those supporting him.

Warren, a staple of the party’s progressive wing, endorsed Barnes, as did Democracy for America. (Sanders has not endorsed in the race.)

Still, Nelson boasted that it was he who has most embraced progressive values in the race, including strong support of “Medicare for All.”

“I’m surprised [Barnes] invited the senator to Wisconsin to campaign for him,” Nelson said in an interview. “He doesn’t seem that interested in Wisconsin progressives.”

A contingent of labor groups, meanwhile, have backed Lasry, whose ad campaign has focused on job creation and touted his family’s ties to building the Fiserv Forum, the Bucks’ arena, which has helped boost downtown vitality.

“We view this as a very winnable race,” said Thad Nation, a Democratic strategist in Wisconsin and Lasry campaign aide. “What we have seen from the beginning of this campaign to now is tremendous growth by Alex Lasry.”

Yet Lasry’s lavish spending hasn’t launched him into the top spot — so far. Barnes, meanwhile, showed the most strength in the field in raising money from small-dollar donors (under $200) and has piled up a heap of endorsements across the country, from House Majority Whip Jim Clyburn, D-S.C., to New Jersey Sen. Cory Booker and California Rep. Eric Swalwell, both Democrats.

To stay on the same trajectory, Lasry will more than likely have to dig deep into his pockets again. To date, nearly two-thirds of Lasry’s receipts came in the form of loans to his own campaign. In small-dollar fundraising, Barnes showed the most strength in the field at $1.6 million in donations, and Godlewski, whose personal loans to her campaign make up more than half of her fundraising, came next with more than $600,000 in small-dollar donations and Lasry with less than $500,000 by the latest financial disclosure.

It’s no small issue, given Johnson’s ability to fundraise with both large and small donors as the Republican incumbent seeks his third term in office. He has $3.5 million sitting in his campaign account as of the last public report and has no primary opponents. Johnson has raised $3.34 million just in small-dollar contributions, which is more than Lasry has raised from people other than himself (big and small donations together are $3.24 million, according to the latest financial disclosures).

On Friday, Warren’s rally will focus on the possibility that the Supreme Court could overturn Roe v. Wade, a decision that would reverse federal protections for abortion rights, in an attempt to capitalize on the energy emanating from the party faithful angered over a leaked draft opinion published by Politico.

But Godlewski early on sewed up the Emily’s List endorsement and said she was the first statewide candidate to air an ad featuring abortion. She filmed the ad on the steps of the Supreme Court just after the draft opinion leaked.

“I’m at the Supreme Court, where it looks like Ron Johnson is going to get exactly what he wants: overturning Roe v. Wade, reinstating Wisconsin’s cruel abortion ban and putting doctors in jail,” she says in the ad. “But that’s not what Wisconsinites want. We don’t want politicians making health care choices for women.”